With my wife in St Martin's parish

October 29, 2013
A lovely day in Guernsey with puffy white clouds hurrying across the blue sky. After a full Guernsey breakfast, much improved ingredients this time, spent much of the day wandering happily in the parish of my childhood. Pausing to put yellow flowers on my grandparents grave, and chatting to the woman in Brouards flower shop, going into St Martins, saying hello to La Gran'mère and telling her Lorraine and I had got married and other essentials.

We went into La Bella Luce and had a cup of pleasant but pricey coffee there, listening to strangely lounge style pop classics, including a very weird one just as we were leaving of Let's Stay Together, which was our wedding song.

Then down to Moulin Huet, which was at high tide. We sat on the bench overlooking the bay, watching large waves surge in and swell and whiten between the rocks.  For me this is one of the magical places in the world, and Lorraine is spellbound by it too. We spent an hour or so there, before climbing back up and then deciding to climb further up the water lane to the wishing pool, which Lorraine said, looking at me, works. Proof, as if any were needed, that supernatural forces had been at work in our marriage. We made our wishes, and I made an additional one for First Matie, for we had promised this.

I felt highly emotional all day. Feeling extremely happy about Lorraine and I, then like sobbing over Gwen and Dave's grave, transfixed by the beauty of Guernsey, then raging at people who tarmac their front gardens for their cars. Lorraine says she feels emotional too. Getting married is a very emotional business.

Also more house stuff to sort out, despite having told people I would be on honeymoon.

Back to the Barbarie for a deep late afternoon sleep, a good supper and a shared bottle of wine. So happy to be back there, and revelling in this time alone with Lorraine.

Below my lovely wife and I with La Gran'mère, the foot of the hill that leads up to the wishing pool, the ancient terracing on the hill, which you can see clearly in Autumn, and views of Moulin Huet with spotlights of sun on the sea. 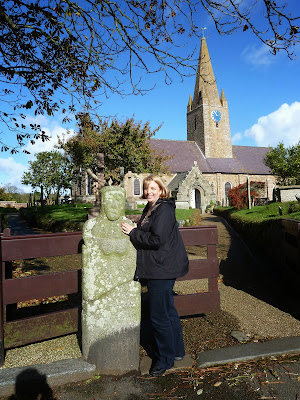 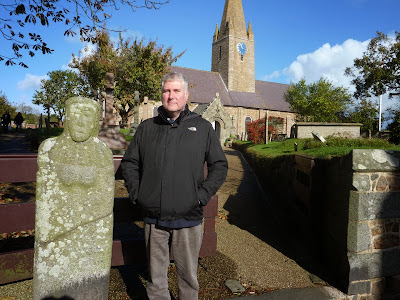 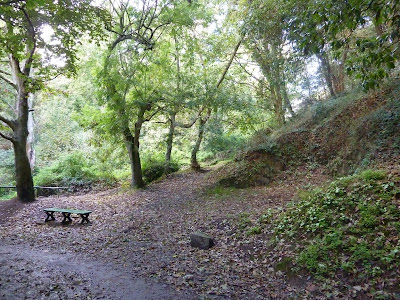 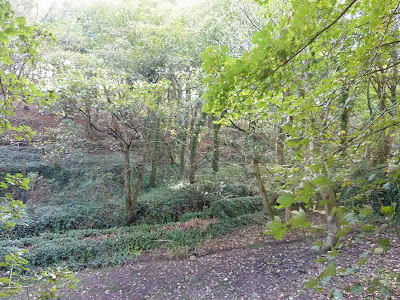 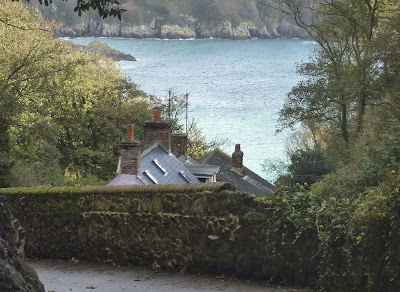 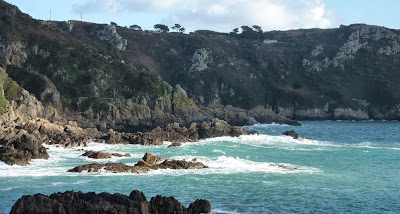 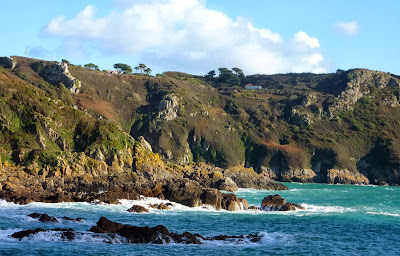