Lorraine off to meet Betty, who came back this afternoon, to have their nails done, where Lorraine said they were told an appalling tale of a kitten being savaged by a terrier, but surviving.

I went to the gym, for mild mannered workout.  Bob called while I was there. Home and after I showered, Lorraine and Beth arrived brandishing gleaming red talons. Much scurrying about, mainly by me as Lorraine claimed her nails prevented her from doing anything. I cooked a spag bol then Lorraine and Beth sauntered out to be picked up in a taxi, for a girl's night out sipping cocktails with twenty of Lorraine's girlfriends.

Meanwhile I sauntered off to meet Matt in the Foundry, where we had a few cheeky beers and a good chat. Then to The Blue Man where the Shakespeare Heptet were doing their thing.

I'd never been here before, a lovely place, and the band playing well. Lots of folks there I knew. Chatted with Matt, members of the band, as well as a friend of Dipak's called Mike, Richard's wife Maria, and Pemma who I'd not seen for some time.

At around 11, just after Matt left, my lovely Lorraine and Beth arrived, and the three of us had an absolutely bloody final beer in the Waggon and Horses, wobbling on stools before grabbing a taxi home to eat toast, and I, less than sensibly, had a glass of bubbly before heading off to bed feeling little pain.

Below Lorraine and Betty ready to go out. The top one a selfie taken by Beth; the groovy scene in The Blue Man. 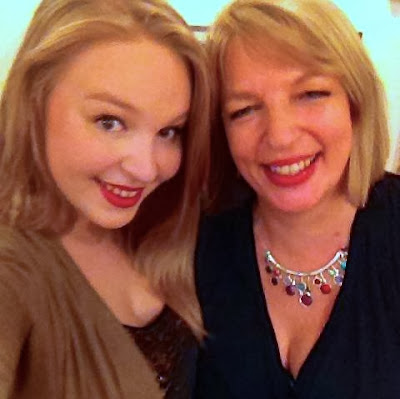 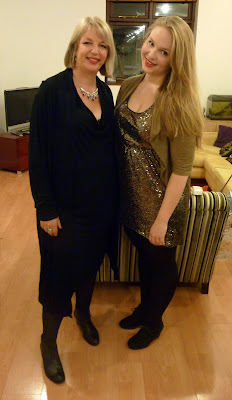 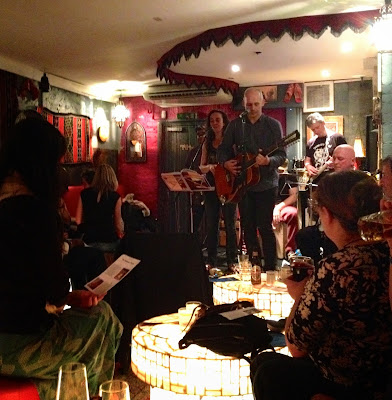