August 12, 2013
L and I up early in a frenzy of organisation. Having lain on the sofa snoozing after Sunday lunch instead of packing and doing all the things we needed to do. Eventually we set off to drive to Swanage. Lots of traffic jams on the way, meant the journey took a ridiculous four hours. We stopped at one point for coffee and tea at a service station which turned out to be a Little Chef and were told that there was no food for at least half an hour. So we just had slowly delivered beverages, like going back to the 1970s.

Eventually arrived in Swanage, starving and drove around town for some time searching for a place to park. Lucked out eventually and after strolling along the rather lovely beach, with lots of red-nosed holidaymakers scarfing fish and chips to a cafe where we had to wait ages for food. The sound of the Punch and Judy man encouraging people to his tent using his swozzle drifting down the beach.  We had to wait for the right time before we could drop our stuff off. The bed and breakfast room was in a converted gaol, and the rooms are quite, um, snug with a toilet the size of that used on the lunar module.

The door lock of the room we were in did not work, and the owner spent ages fiddling with it. At one pint wondering if we could wait for a couple of hours, an offer I declined. Eventually with the application of WD40 it worked intermittently.

Our tired, slightly peeved move abated however when we at last wandered out unencumbered. Swanage seems different from how I remembered it having visited about 25 years ago. The pier, which charged 80p for a stroll was lovely and was damaged this Spring in a storm, and there is a fund for its restoration. Looking into the sea down into the sandy bottomed water. Thought we saw shoaling sandeels.

After strolling around we looked at the available restaurants (astonishingly including a highly popular Wimpy) and chose The Red Lion for some supper. Good beer and adequate pub fare, (after yet another long wait). Then out to stroll along the seafront as the light faded. Ended up on a groyne looking up at the stars to see the Perseids.  We saw one shooting star but the visibility wasn't fantastic. Home to hot chocolate and feeling very tired.

Below Lorraine and some piles, where we are staying. Top left hand cell, er, window. Another view of that window below. Other Swanage snaps. 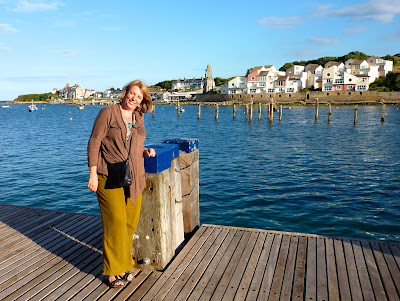 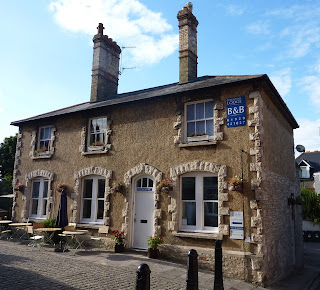 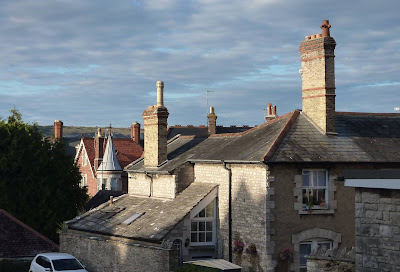 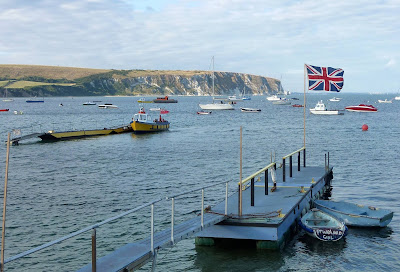 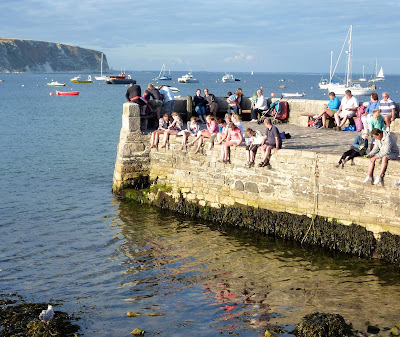 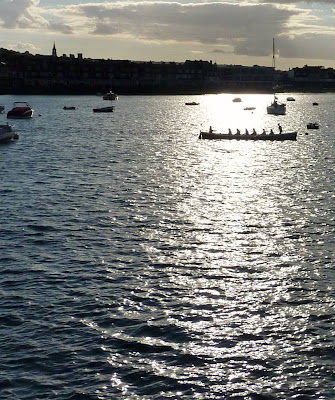 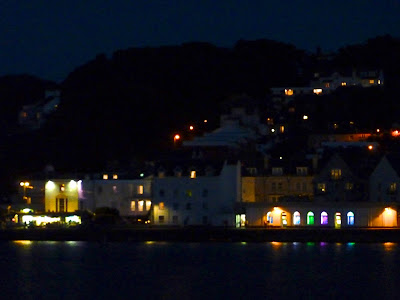