August 14, 2013
Not a good nights sleep, caused in part by the schoolboy error of becoming sunburned on Swanage beach yesterday.  Up to another immaculate breakfast, before we decided on going for a trip to Dorset's Jurassic coast at Kimmeridge Bay, which gives its name to the Kimmeridgian a division of the Jurassic.

A dour old English summer day. The Clavell Tower on the east side of the bay, which has been moved away recently from the eroding shale cliffs. Lorraine and I walked west around the edge of the bay, despite it being high tide. I picked up pieces of soft shale and opened the stones along their seams like books. I found lots of fragments of broken shells in these shale pages, but nothing of much interest. I took a walk for a 40 minutes hopping from rock to rock round the headland of the military land, then Lorraine and I then took a look on the East side of the bay. Once we rounded the headland under the tower, we found a sheer foreboding cliff, from which a tiny landslide fell while we were nearby, a handful of ominous gravel falling down towards the angular boulders below.

Mizzling persistently while we were in the bay. Many visitors nevertheless, and I learned I must have the look of a palaeontologist for every time I put on my glasses to look at a piece of rock, people would gather around me.

Lorraine and I then made it back to Swanage. Here I took myself to Joe's Gym for a cheeky 45 minutes activity. Lovely to be on the cross trainer and rowing machine next to a pair of open doors, feeling the cool breeze on me.

Wandered home in the soaking drizzle, to a cup of tea. In the evening Lorraine and I went out for a Chinese meal and went back to the Red Lion for a delicious pint or two of Otter beer.

Below the shifting tower, the eroding coastline, shale at the waterline, teasels, the shore under the tower, and Lorraine on the shoreline. 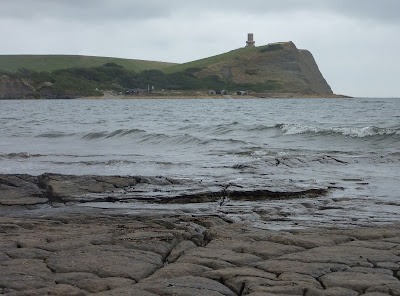 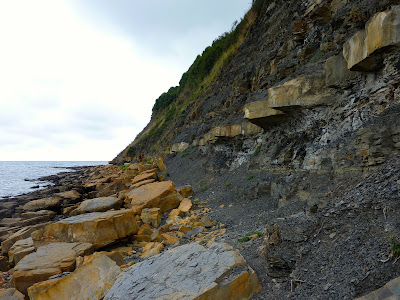 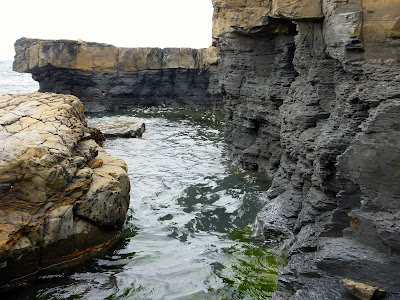 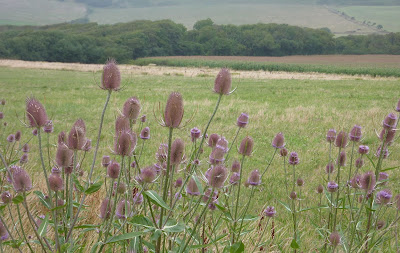 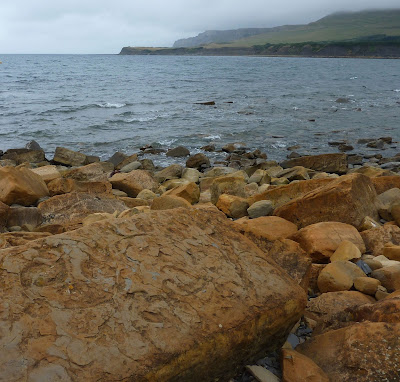 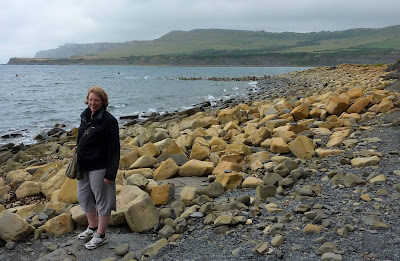