Chuffing off to Corfe

August 15, 2013
Off this morning to the ruins of Corfe Castle by steam train from Swanage. I had forgotten what a pleasure travel by steam is, hearing the great puffing engine, and its distinctive almost tarry smell drifting along the platform as we gently pulled away. Clouds of steam drifting over the trees and occasional cornfield as the train progressed. People waving from campsites and Lorraine waving back. In fact Lorraine loved the journey so much her eyes were glistening with tears.

Then we alighted at Corfe Station. The whole of this little railway seems to be run by retired railway hobbyists joyfully living out their fantasies, and I quite enjoyed the vintage advertising and the effort they had put in to keep alive the old railway spirit. I'm not one of life's train spotters but there is something lovely about these old engines that seem more than half alive.

Once in Corfe the rain began again rather dismally. We popped into the workshop that was formerly a smithy of a potter called Ian Harris. There was some lovely ceramic work there based on seed shapes. After this we wandered back out into the rain and gave up the ghost for a bit, retiring into a pub called The Fox which was built on several descending levels, and had a glassed-over, greenly lit ancient well close to where we had a glass of good lunchtime beer and some food. I mistakenly ordered homemade chicken curry and rice, which left much to be desired.

The weather brightening, we walked to the Castle and once we were lurking about on the top of the hill among its ruins it had stopped raining. Great views down on the surrounding countryside, some of it lost in low cloud, and the steam railway line below. We happily lurked up there for some times, among many other tourists and some ravens.

By the time we got back to Swanage, where the sun was shining again, had a quick snooze before heading off to the sea again. Here there were a series of small thin boats called gigs with teams from Swanage, Weymouth, Portland, Lyme Regis among others. They raced across the bay and we sat into the evening there with some fish and chips. Also enjoyed the sight of an eccentric woman who was methodically moving up and down in the busiest part of the beach with a metal detector fishing out lost coinage with a pooper-scooper, apparently oblivious to those around and going as close to people with her detector as your partner might with a hoover in your own home.

Later repairing to the Red Lion for some pints of lovely Otter beer, we ended up sitting with some of the racers, who were all older than us. One of the men was 77 (although looked much younger), and was wearing a teeshirt saying something like 'It took 77 years to row as well as this'. A pleasant evening chatting to these people before pushing off to bed.

Below Lorraine entranced on a train, plus shots on and from Corfe Castle, and on Swanage Beach. The light taking on an etherial quality at the end of the day in Swanage. 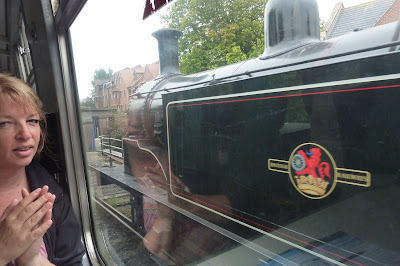 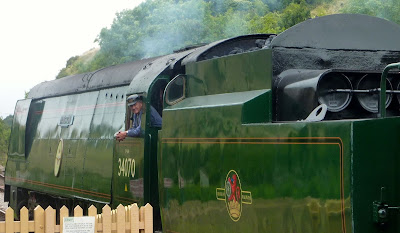 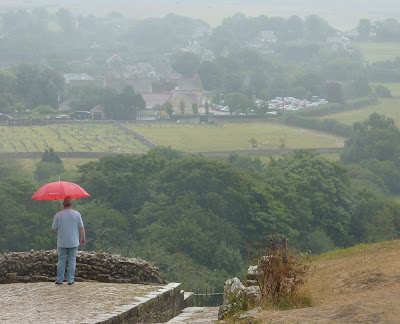 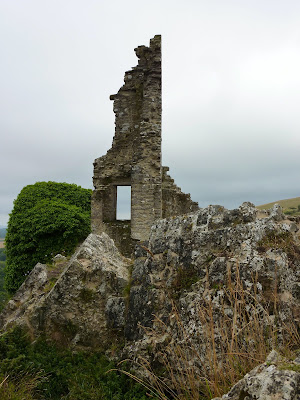 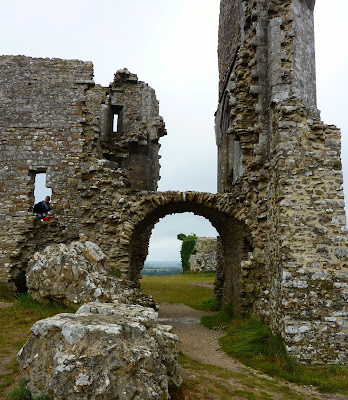 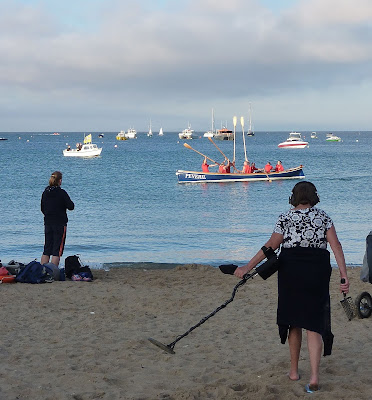 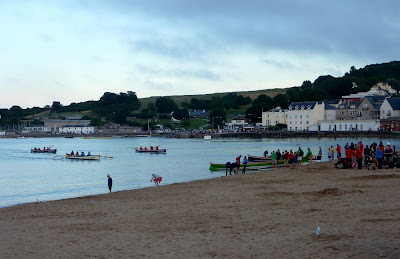