An evening with Max and the FB

August 03, 2013
Up early as we had a house viewing today. Lorraine and I took ourselves off to the park for a cup of coffee. Nice to smell the roses. The park being prepared for the big Pride Party later in the day. The parade walked past the end of our road, so we went to watch with everyone else. It always makes me feel quite moved and proud of being in Brighton for some reason, full of colourful characters, music and fun.

We bumped into Ash on the way back home for breakfast. He had run the restaurant that Lorraine and I first used to eat curries in. Stopped and chatted for a good ten minutes. Home and we had a long chat with Nicki and Mark next door about selling the houses and so on. They are good people.

Felt quite inert today, and slept like a baby in the afternoon. Then Lorraine drove us to Chertsey Meads for an evening with Max and the FB. A bit of a mission to try to find somewhere to buy some beer and wine in the town. Really good to see them both, and their brood of young Elijah, Zemirah and Tahlia, all extraordinary and charming children. Elijah's reading ability for a four year old is absolutely astonishing. He made a quick friend in Lorraine and she pushed him on the tire on a rope in the garden for some time.

Max and Michel have a lovely house, to which they've had a second floor added. After watching the FB wage a bitter single-handed war on wasps, we had a barbecue and plenty of boozes culminated in me and the FB playing two of his guitars till late in the night. The ladies indulging us, and talking about weddings and education and other things, and Lorraine occasionally playing us tunes on her iPhone in the hope that we could spontaneously play them. We couldn't.

Below some snaps of the Parade. 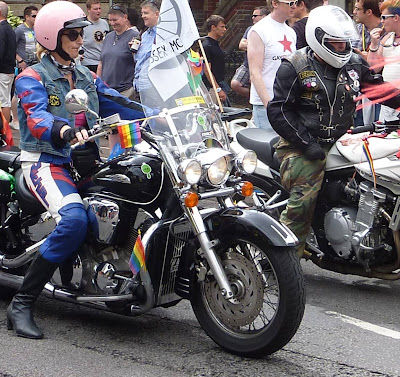 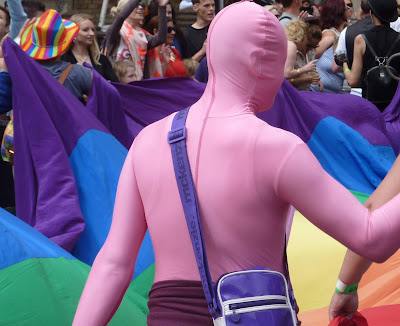 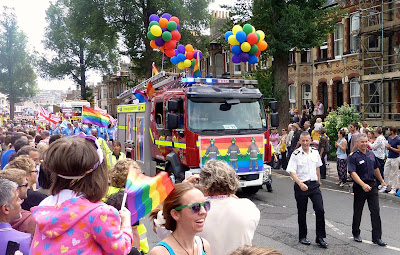 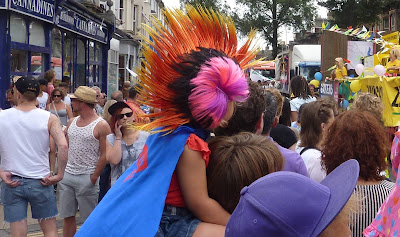 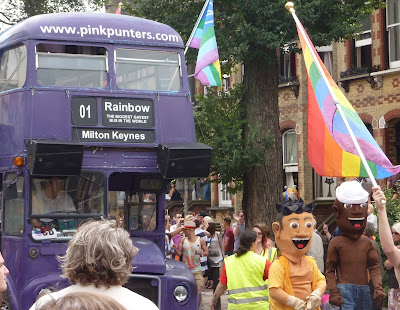 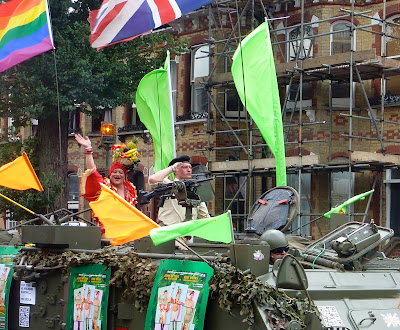