Released back into the wild, and a Bolney interlude

June 14, 2019
Up to London again this morning, finishing the short story The Willows by Algernon Blackwood on the train. Slightly apprehensive wondering if I had delivered enough work, as the brief was vague, but Keith and I seemed to have done enough. Lunchtime, and I popped off for a wee, and Keith and Ross had disappeared, which rather peeved me. I went out to get a sandwich, having texted Keith. Crossing the road Keith popped out of a pub and pulled me into it with them. A cheery pint with those two, before heading back to the office. Continued rather chaotically, but the people were nice.

Released back into the wild. Walked back to St Pancras, and then trained to Hateful Heath, where Lorraine met me and we drove back to Bolney. Had a beer with in The Bolney Stage, a very popular and pleasant pub, and then went to Jo and Rob's house, a lovely property on the edge of the village with a huge garden containing a small wood that Lorraine and I walked in. Guest of honour was the admirable Yvose, who runs the Hope House school in Haiti, and is supported by people in the UK, and quite a few of them in Bolney. Chatting to lots of people there, inluding Sarah and Dan, and some of the interesting characters of the village. As it got dark, Lorraine drove us home.

Below one last shot of the workers entering the rather cool Greater London Building, and Yvrose making a speech. 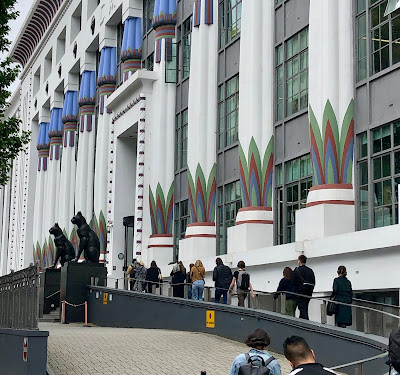 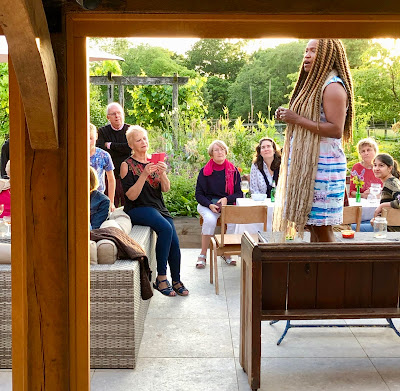