In between the black cats

June 12, 2019
Left with Lorraine this morning, who dropped me at Preston Park. Off to London, at an agency I had worked for before but it had now been amalgamated by another. A new building on me, the Art Deco former Carreras Cigarette factory by Mornington Crescent. I walked there from St Pancras, which was only ten minutes away, and joined the line of people filing into the building between the black cats.

Rainy day. A pleasant building inside, and I was collected by Dave, a guy I knew vaguely, and found Keith, plus Noyala and Maurizio I already knew. Also met a writer called Ross, a friendly gordie guy, who said, I call my wife 'er indoors. Why? Because she looks like Jim Morrison...  A vague brief and spent much of the day trying to work out what people wanted from me. They found myself presenting copy late in the afternoon.

Off at lunchtime for a walk around the neighbourhood. Got out of the lift and almost fell over. I have a bit of an ear balance thing and the lift triggered it. Found myself in Regent's Park. Always tense on the first day of anything, and being in the greenery for ten minutes in the spitting rain before heading back was pleasant.

After work, back to St Pancras and hopped on a train to Mill Hill Broadway, and walked to the Jolly Badger Harvester where I met Mum and Mas. Nice to have a drink and a chat with them, although the food was average at best. Home and sat in the back room having a bit more wine, and chatting to Mum and Mas till it was time to go to bed.

Below the black cats, and an alphabet of traintracks. 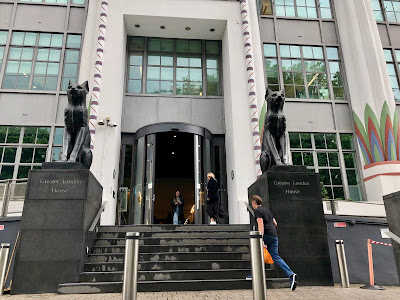 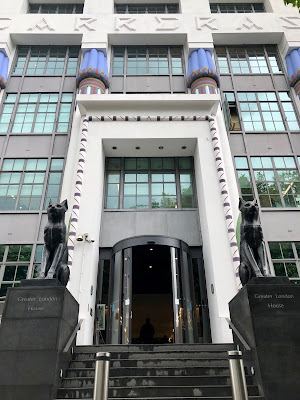 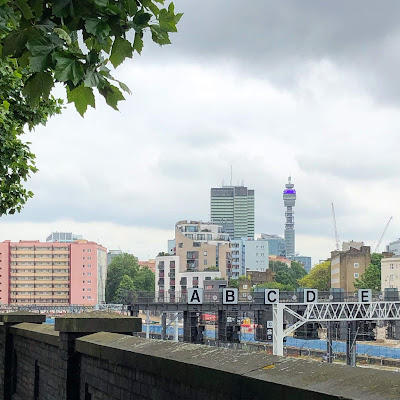