January 21, 2015
Took delivery of some bedroom furniture today, hefted in by two muscly men. A spectacle Beth regretted that she missed. Brian sprawled on the bed curiously calm through the whole thing. When they were cooing over him, I said with a laugh that his name was Brian. The most alarmingly muscled man then said that, actually, he was called Brian, he said that his Serbian wife laughed at him until he told her to look up the meaning of his name. Strong apparently, and King in Serbian. I stood corrected.

A kitchen lunch with Beth. Beth: pitta bread filled with bacon and eggs, me: miso soup with noodles and fish fingers. Lorraine and Beth are appalled by the fish fingers, but I maintain they are a nice side dish to a miso soup.

Then to London to a poetry reading near Waterloo, where with Rhona, Tammy and another woman whose work I liked called Sue Rose, despite one of her poems being very similar to one of mine I am most proud of.  Not seen Tammy read for over twenty years, and she is fluent and confident with some lovely work. Rhona excellent too.

The reading was held crammed into the basement of a new bookshop called Travelling Through. So full that people were sitting on the stairs. After the readings I bought a book by Tammy called Formerly, a book of poems and photos by Vici MacDonald about disappearing London, and also I bought Cartography from Rhona, the only full collection of Rhona's that I do not own. Good to see her again and with all this poetry in my life again,  I am beginning to get the sense of a life's circles.

Feeling tired and back hurting I made off back to Brighton. Buying a kitkat and cup of tea at Clapham. I've not bought a Kitkat for many years, and it seems to have shrunk. But perhaps that is because I was hungry.

Brighton full of happy Brighton fans, as the Seagulls had won tonight. The taxi driver asked me if I had been at the match When I told him instead I had been at a poetry reading in London, it nonplussed him. People don't expect poetry.

Below Tammy standing, with Sue and Rhona seated next to her; Rhona reading. 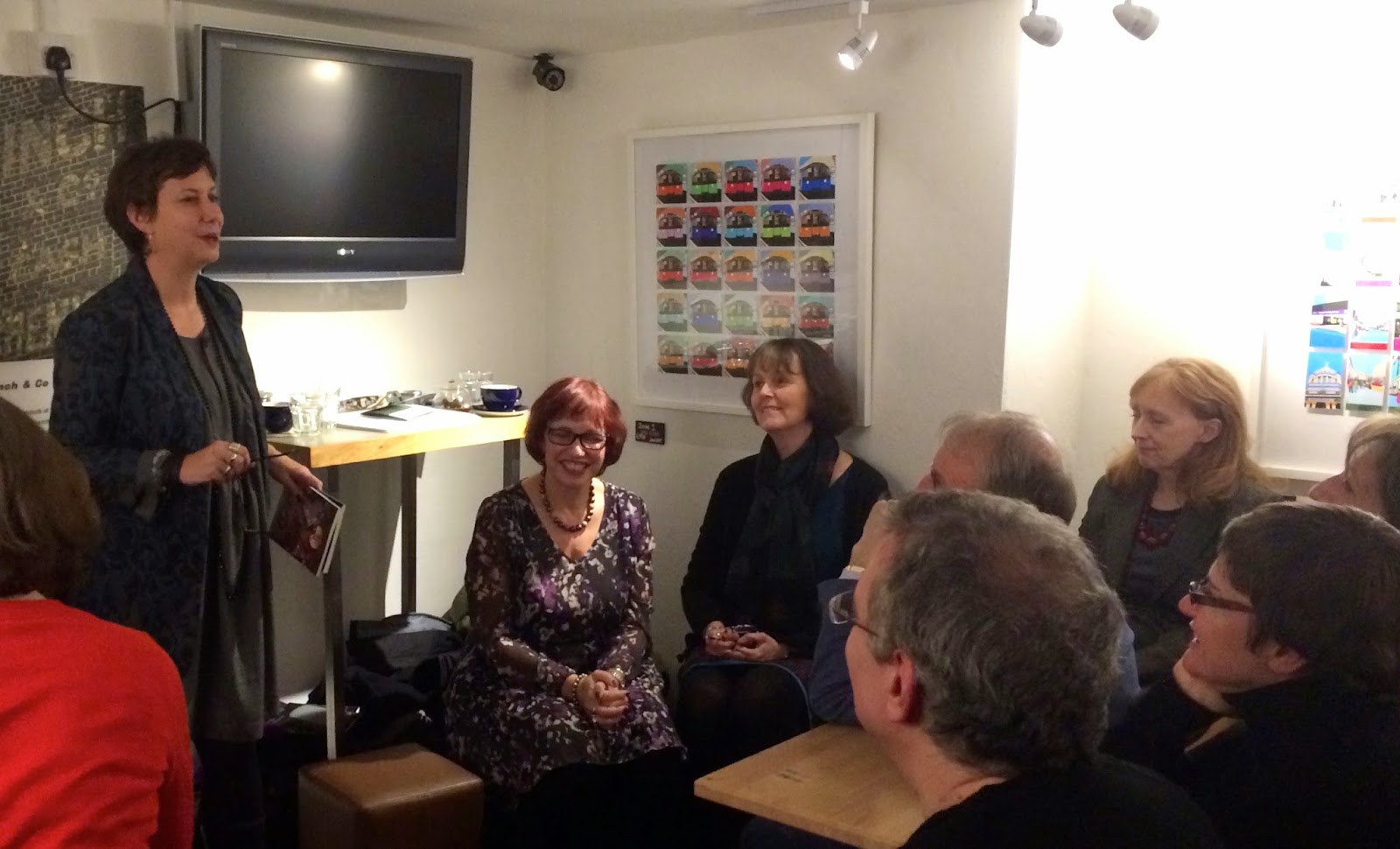 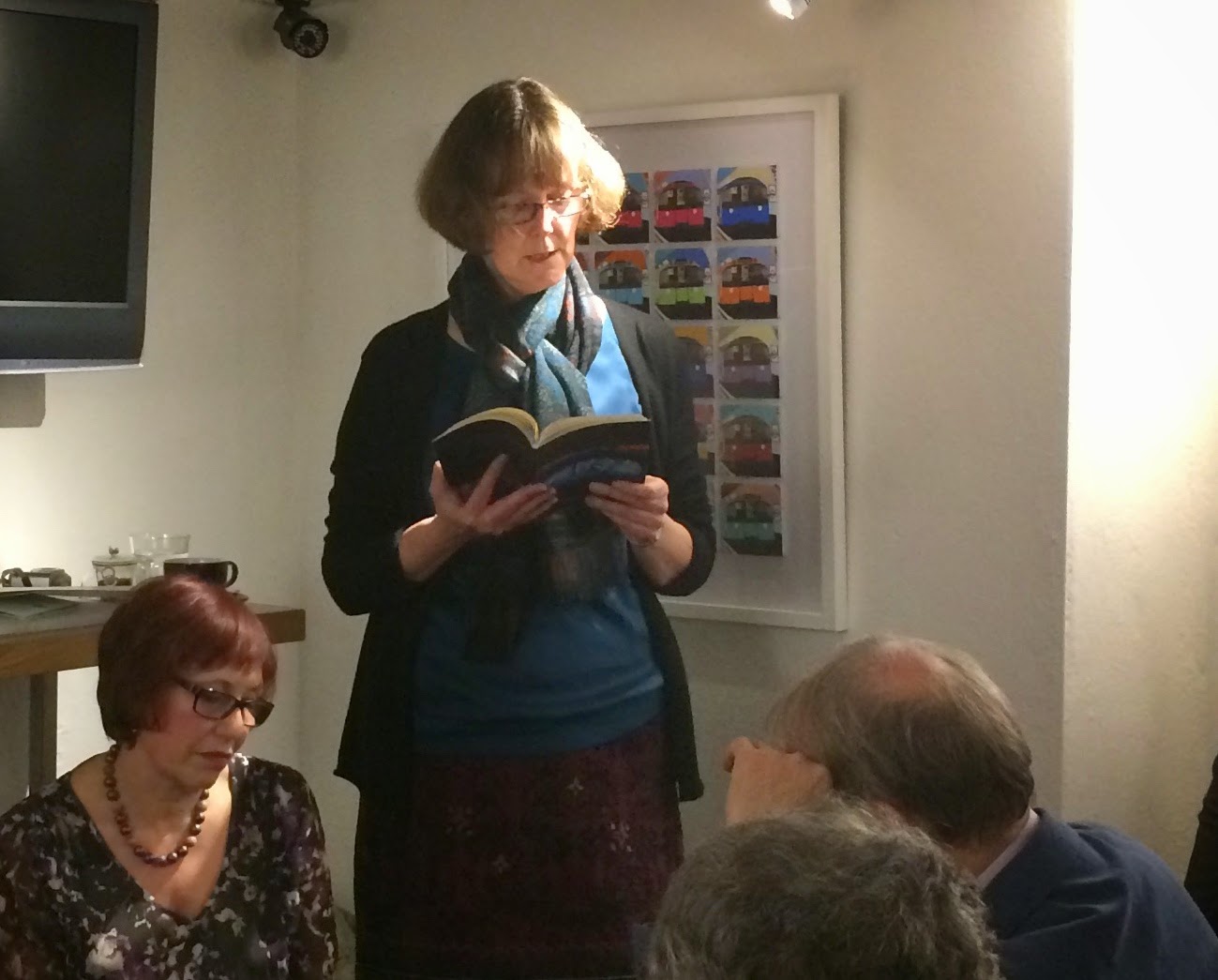