The last shreds of Christmas

January 03, 2015
Grey misty rain in Brighton today. I walked out to get bread this morning, passing a father and his young son mooching along symbolically with a spent Christmas tree, although someone in Choice Cuts was buying a goose.

Woke up late, having had another poor sleep. In desperation I arranged a chiropractor appointment in Kemptown. Saw a very thorough back cracker called Amy who and said I had damaged and inflamed the gap between two vertebrae in my upper back, and did lots of stretching, adjusting, and even some kind of treatment with a laser, and said it would take some time to settle down. Unfortunately lying down, in any configuration, is still excruciating but I felt she had at least released some of the pain and made my neck freer.

Lorraine and I drove off to Hove in search of bolts and screws. Lorraine later assembled the spare bed, with only some last-minute screwdriver work needed from me.  We also went to Sainsburys and settled in for a pleasant evening watching movies on TV.  Taken being one where Liam Neeson's character slaughters 34 people in Paris who have abducted his daughter to do unspeakably foreign things with her. As we watched, we forked down Beth's lovely prawn linguine and then cheese and biscuits, and nipped at small glasses of  Baileys, cozily clinging onto the last shreds of Christmas.

Two iPhone snaps late this afternoon. Kemptown looking towards the sea, and the Pavilion lit up as ice skaters did their slippery business. 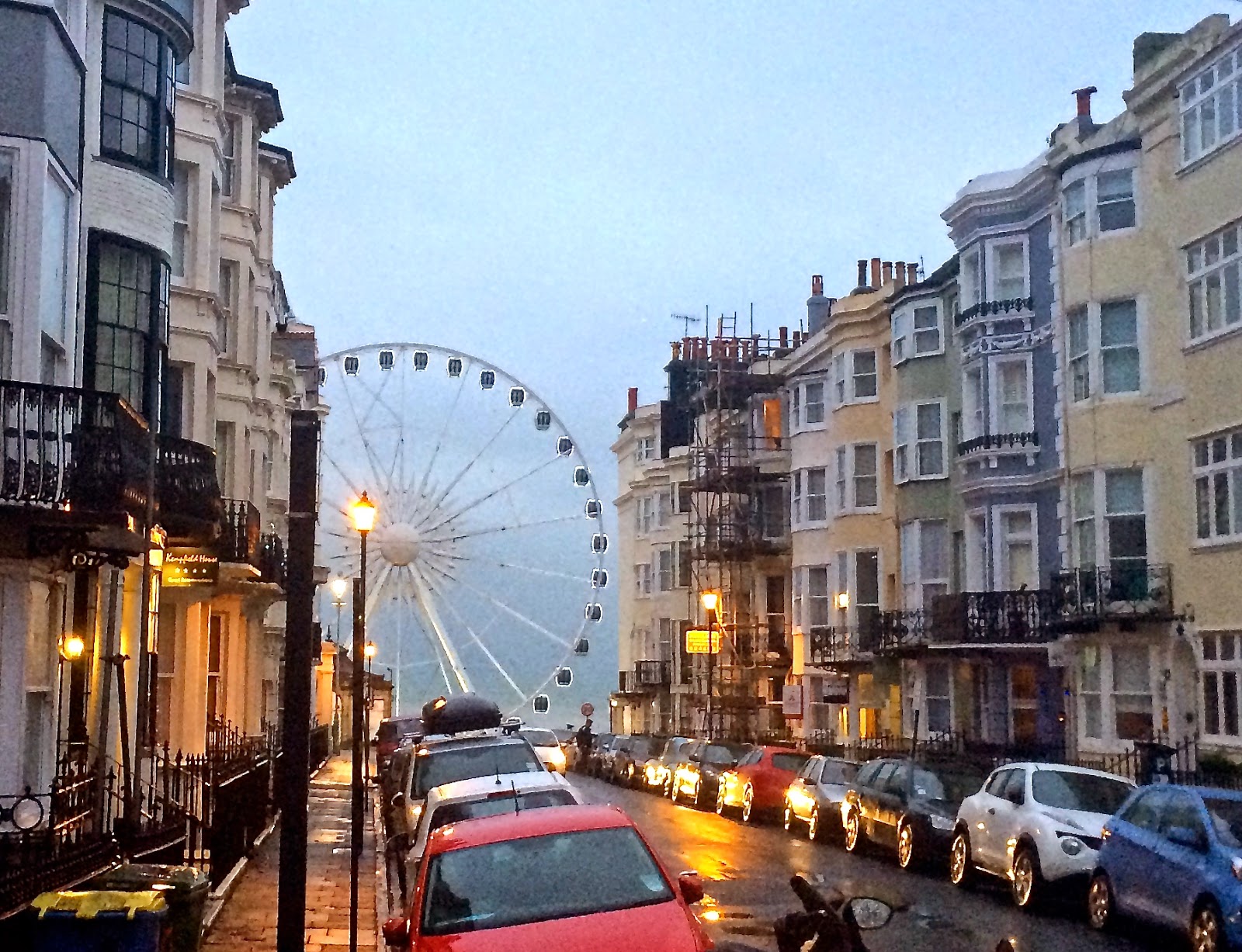 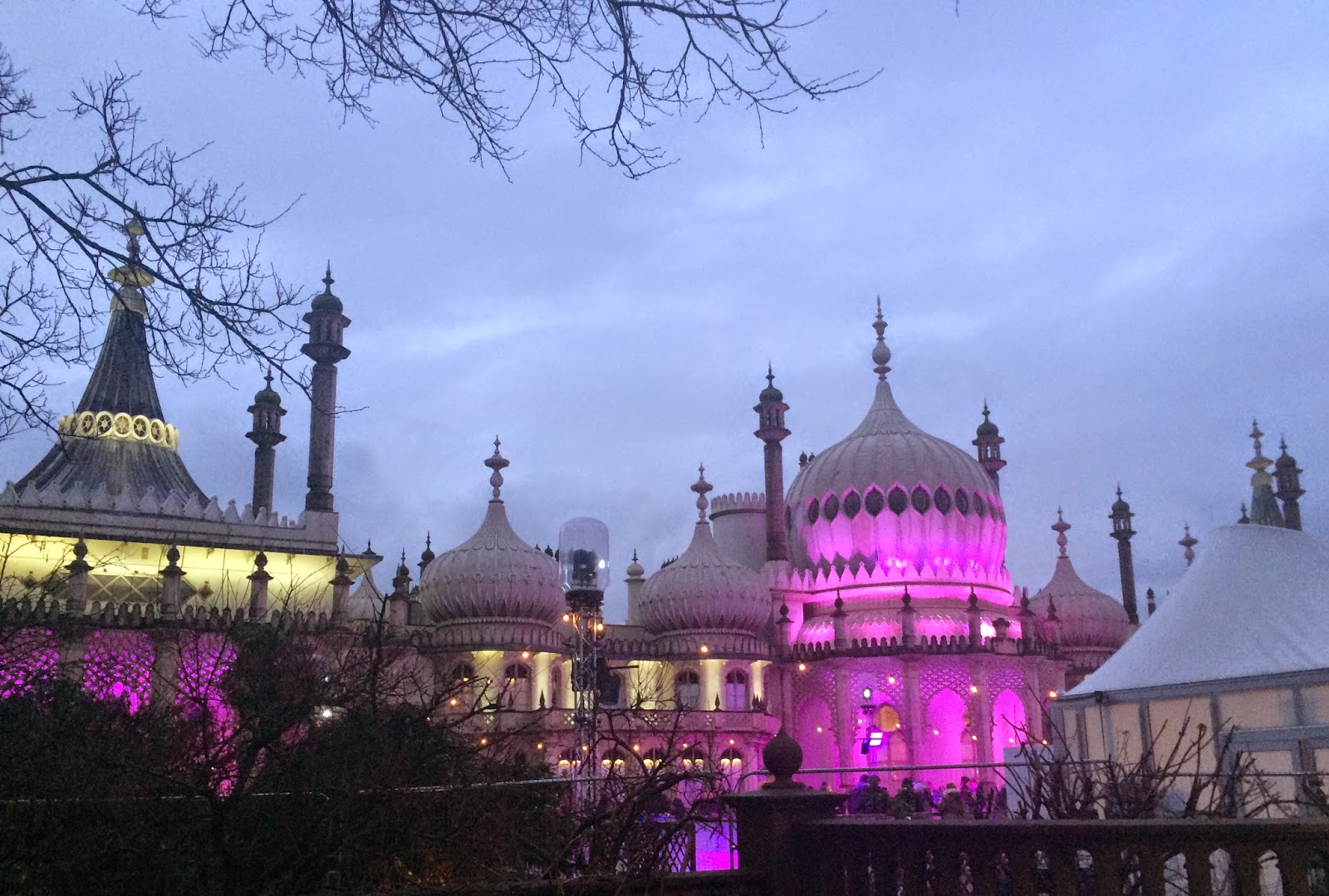