January 06, 2015
Another dreadful night. Sometime after 4 at the end of my tether and being skewered with what is the worst back pain I've ever experienced, I swore and punched the bed. Unfortunately this frightened Lorraine awake and I felt like the worst kind of serial killer. Again due to the pain I ended up only being able to sleep on the sofa, wedging myself into a weird position around 5am.

Lorraine late up because her mobile phone ran out of juice between the alarm ring and the snooze ring. I sprang from the sofa before 8 as a man called Luke from Rentokil arrived. I had to herd the cats into a safe room then leave the house repairing to the cafe around the corner to work on my laptop. Except my specs were in the now biohazard house. Nothing for it but to eat a diet busting large breakfast, while listening to three men competitively bragging about their holidays and the heroic  scuba dives, fishing trips etc. they'd all done on them.

Luckily got a Doctor's appointment and given super strength pain killers. But there was good news, beyond the back gyp, the gout-provoking purine levels are now controlled according to the new blood test. Ages in the pharmacy waiting for my drugs. Finally home by 1 o'clock in the afternoon, zombie tired and reflecting that this is not the stuff flying starts are made of.

After some essential admin done, I managed a short doze and felt much better for it. Read more of the Knausguaard, and then cooked for Lorraine and I, Beth being out at the movies. Watched on BBC iPlayer Mapp and Lucia, which was wonderfully done.  Early to bed.

A snap from an upper window of New Kenny Towers this afternoon. 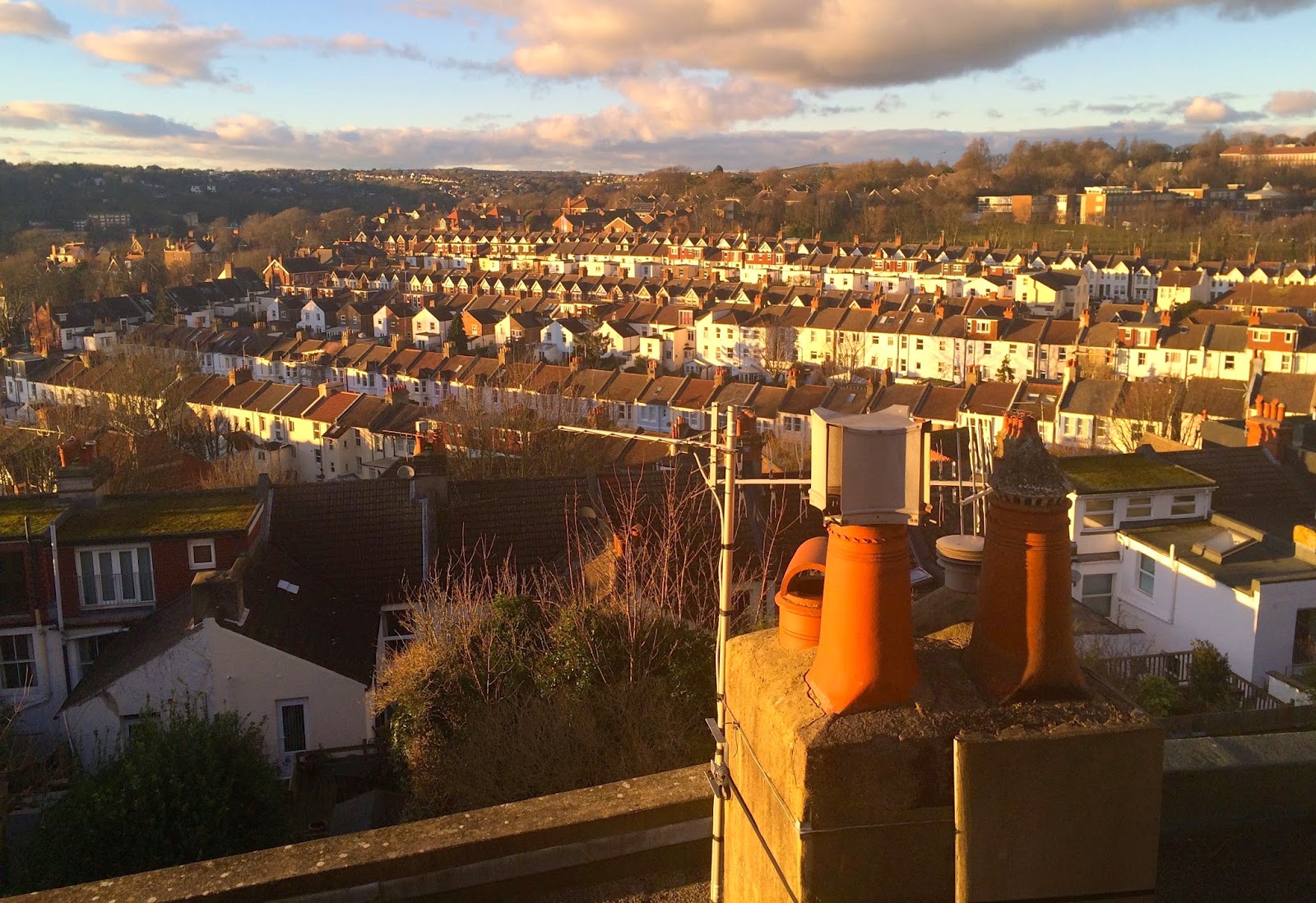