January 24, 2015
The best night's sleep of the year so far. Here and there this morning. Down to The Old Church Hall, to pick up a bundle of post, that despite postal redirection is still being delivered to the wrong address by the incompetent Royal Mail. A bit galling. Also around the corner to pick up framed pictures, the nostalgic Tales from Topographic Oceans Roger Dean poster, and two photos by Adrian that we'd finally had framed for our new house.

Then home, and then out again, this time on foot, to stroll across the park, then up to Seven Dials where we popped into Anton's house to give Klaudia her present, as she was 11 yesterday. I gave her a Golden Ticket to a mystery theatrical night out with her Godfather so I can say no more here.

Klaudia getting ready to go off to a James Bond party, and emerged after Lorraine put her hair up looking very sophisticated.  Got to hang out with Oskar while Klaudia was getting ready, sitting with him as he whizzed through one of his computer games. When you just dip in to look at games once in a while (usually in the company of Klaudia and Oskar) you forget the sheer visual creativity that goes into them. It will, for example, create expectations in them of what the real world should look like, and amazing buildings will result.

Fond hugs with the little weasels as they set off. Anton and Oskar off shopping, with the prospect of a sleepover of Klaudia's pals to look forward to in the evening. Anton is made of stern stuff.

Lorraine and I did a spot of shopping, looking at lights, before calling in on Janet and Ken. Janet has an operation on Monday, which it will be good to be the other side of. Their old friend Ros was there, who I'd not seen for many years. Much chatting to be had for a while. Lorraine and I home eventually just before 5. Turned on the TV to the horrific news that the brave and noble Chelsea had been savaged by minnows. The lowly Bradford City in the FA Cup came back from two nil down, to score four goals.

Decided to stay in again tonight, as we were to drive up to London tomorrow. We have some kind of a movie box on trial, which gives us free movies for a bit, so we watched August: Osage County, which was full of dysfunctional family arguments, but weirdly entertaining too. Julia Roberts and Meryl Streep were fantastic.

Below Klaudia being a Bond Girl, a selfie with Klaudia. 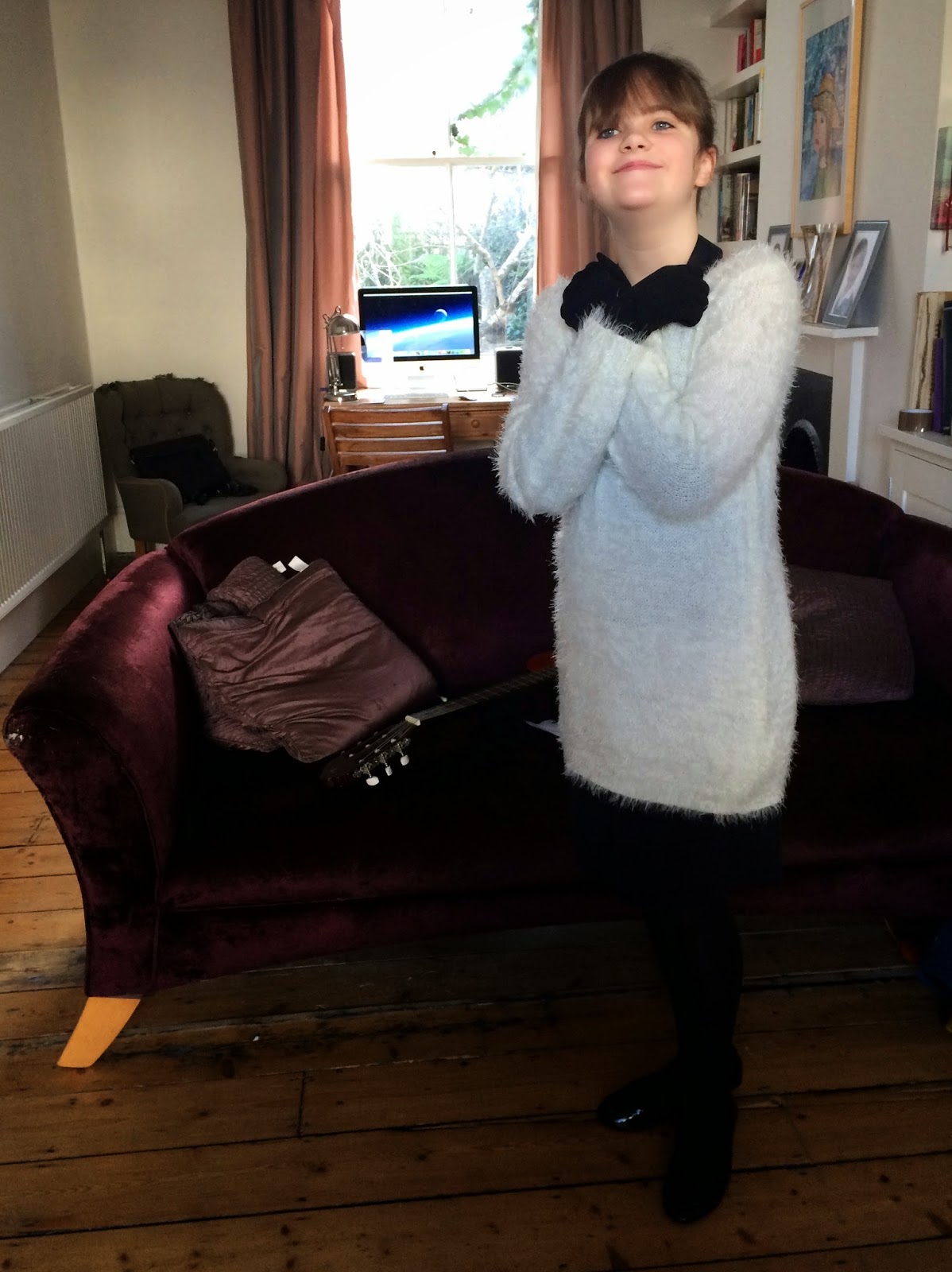 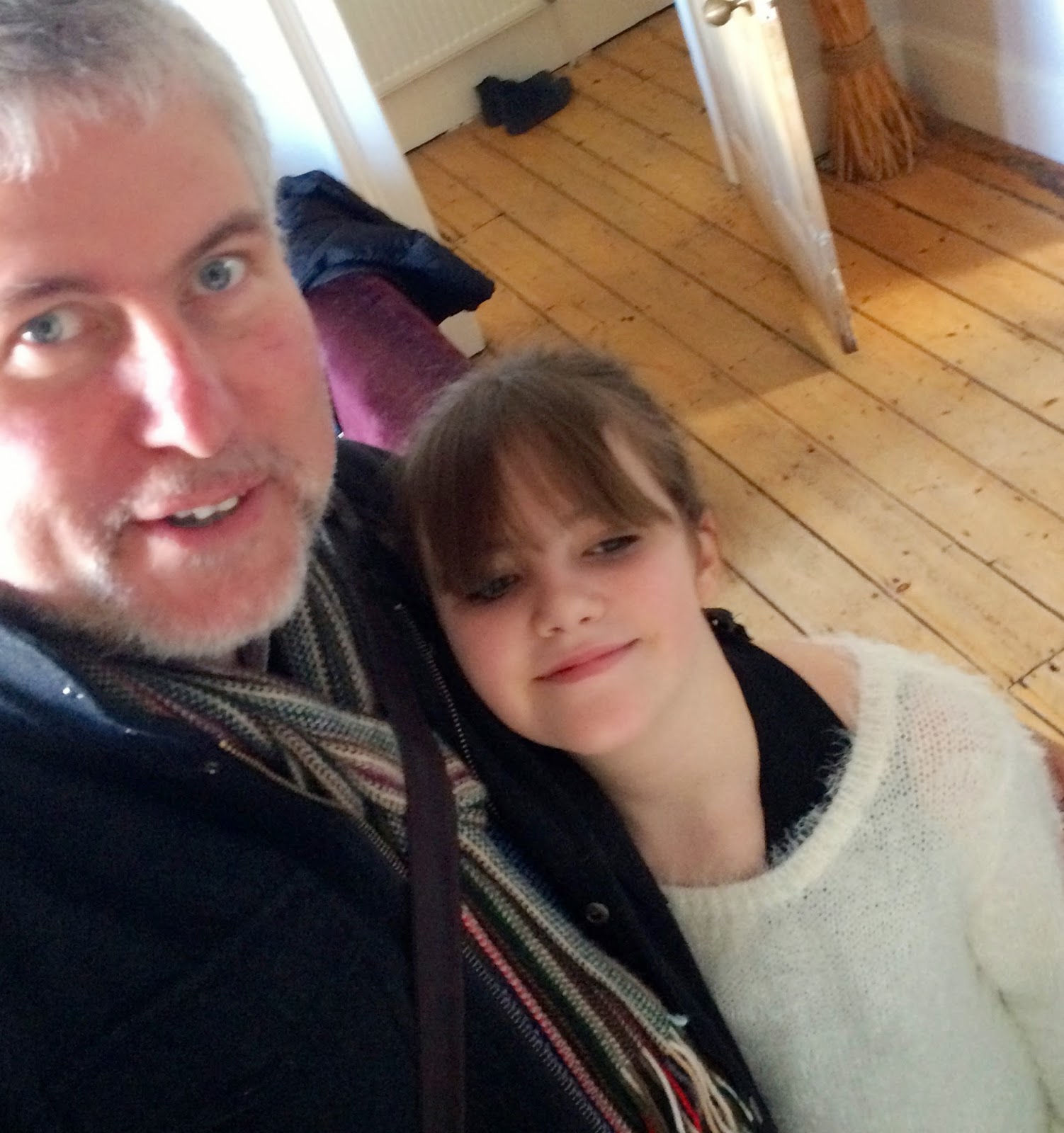