January 19, 2015
The roofs frosted this morning. Dragged myself unwillingly from bed as Lorraine hurried about. Opened the Juliette windows of our bedroom and snapped a couple of shots. Proper winter cold this morning. My work all a bit sluggish. It is supposed to be the most depressing day of the year today, but the media were busy debunking this. The media only seem to report Muslim terrorism lately. It's as if they are brainwashing us for something.

In the evening hobbled off to the bus stop and into town for a Stanza poetry workshop in the Three Jolly Brewers, where I had a jolly tomato juice enlivened with Tabasco etc. Good to see Robin, Antony, Andie who produced a wonderful love poem, and many of the usual suspects, plus a couple of new faces. It is always an interesting and even when someone reads a poem that doesn't quite work, they are invariably intelligent and thought-provoking. My poem was well received, which was heartening as I've tinkered with it for years, despite it only being nine lines long in its current form.

Walked down through a cold central Brighton to catch the bus. Passing mounds of sleeping bags in doorways under which were invisible sleepers, and felt my heart go out to them on such a cold night. Having just missed the bus I caught a cab home, my knee still with room to improve. Arriving home I found Lorraine, Beth and John playing a noisy and enthusiastic game of Yahtzee and barking numbers excitedly at one-other.

Toby called and told me about his latest adventures in Ottawa, which although unspeakably cold, he is warming to. Apparently they have the world's largest frozen canal, which everyone skates along. He said Joan said she'd seen a skating judge there once.

To bed, where I lay awake for hours.

Below swathes of low sunlight, pierce the morning shadow. 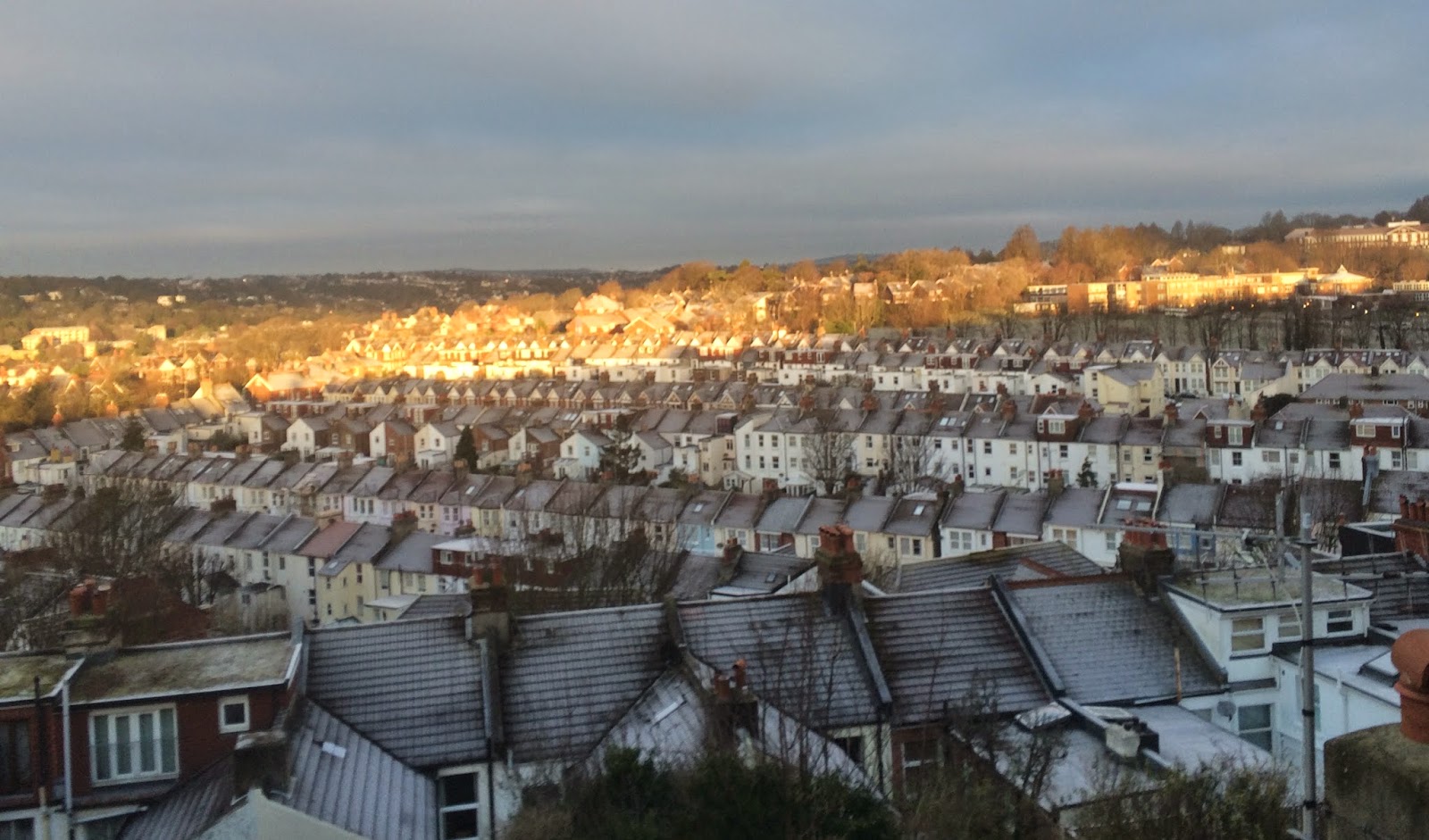 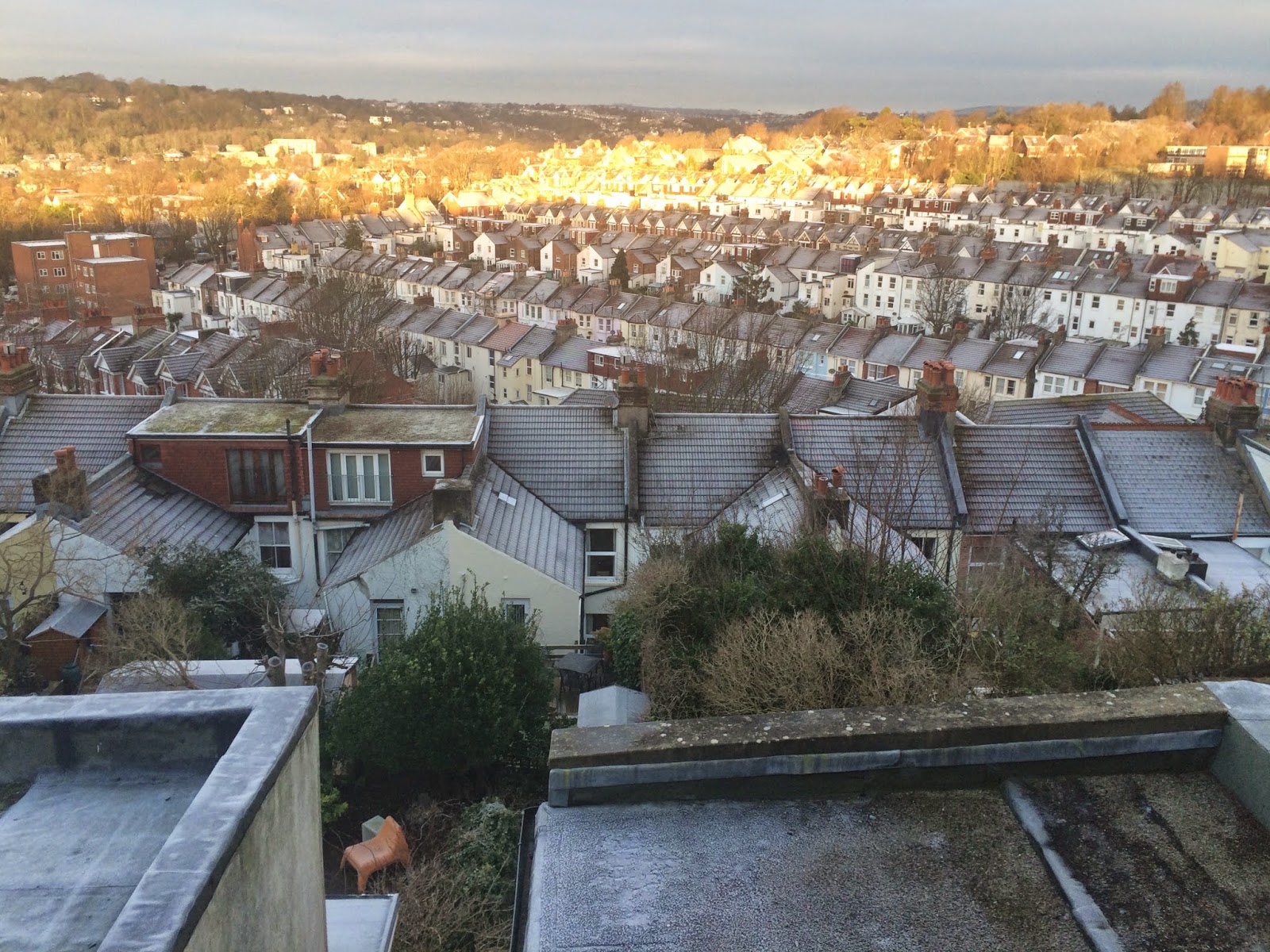