April 20, 2019
A sweltering day, lapped up by beachgoers, while the Extinction Rebellion gathers force up in London. Up and off into town fairly early as Lorraine had a haircut with Paul, for whom she can never be late. I bought Lorraine a birthday jigsaw in C&H fabrics. A woman in late middle age was choosing half a dozen jigsaws when I was there and was virtually body checking me to block me from choosing one in case it was one that she wanted. Puzzling behaviour.

Then off to my usual Caffè Nero where I had a free coffee thanks to my full loyalty card, and spent an hour or so completing the edit on my new horror short story, called The Dream House. Had showed it to Lorraine this morning, and she liked it. I think it works really well.

Collected Lorraine, with neat and sunny hair, from the hairdresser and sauntered back into town, and we went for a stroll down by the sea. Sam called and chatted to Lorraine for half an hour as we did so, and I dawdled about keeping out of the sun. The beach looked like high summer, except there was nobody much in the water.

Home again, and a pause before Dawn came around, dropping off a present for Lorraine, and driving us off to The Bottom's Rest where we met Anton and had a rather nice vegetarian Thali dinners, the ladies lapping at grapefruit smelling gins, and Anton and I sticking to lagers. A really cheery night. Dawn dropped us home too, the sweetie.

Below setting up the market on Upper Gardner Street, and April beach scenes. 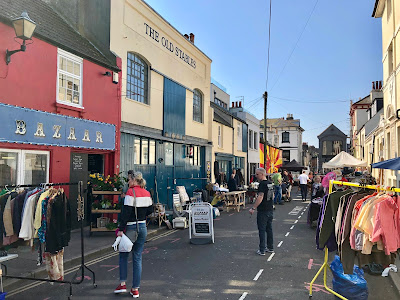 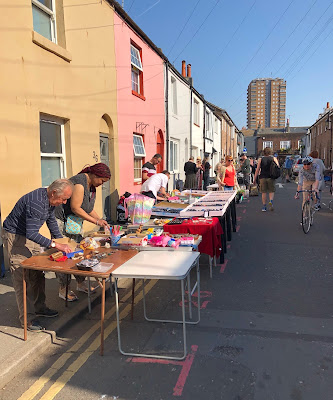 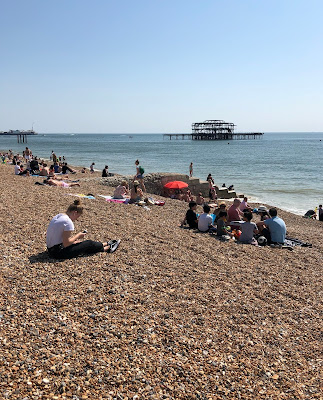 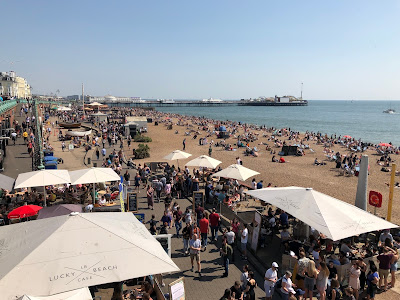 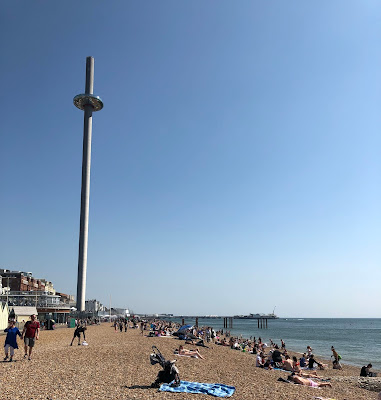