April 07, 2019
A rather beautiful walk although the weather not too lovely, alongside the Leith chatting lots. We went to the Scottish National Gallery of Modern Art, which I liked, being a manageable size. Enjoyed a couple of paintings by Gwen John very much.

We went from there to a wee basement bar called the Antiquary, where we played several hands of  euchre, and half watched Wolves versus Watford. Turns out that Jade comes from a family of Wolves fans, and her aunt and cousin were at the FA cup semifinal game at Wembley. When we arrived, Wolves were two nil up and all was well. We left after extra time, with Watford having prevailed. The Antiquary opposite a shop called Mr Purves, which made me smile.

Then off to a curry house for a Nepalese curry, which I hungrily devoured as we had not eaten much. Then home where we simply watched some of the first season of Fleabag, as Sam had not seen it.

Below Lorraine and Jade, general loveliness and Jade, Sam and Lorraine outside the art gallery, which has a big sign across the top of it which said, everything is going to be alright. 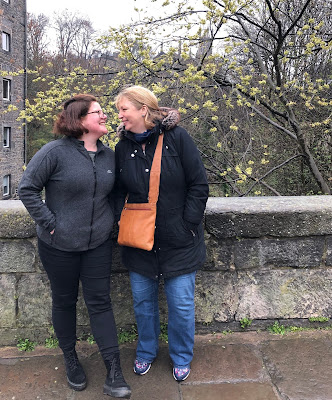 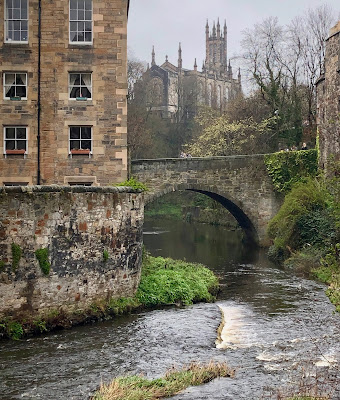 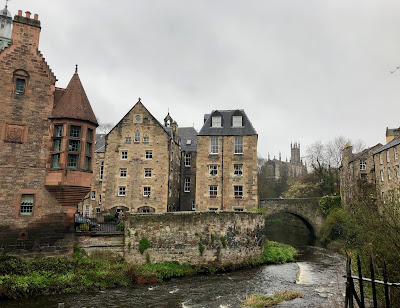 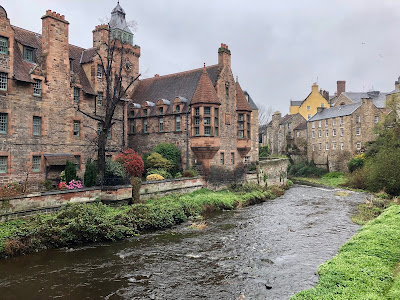 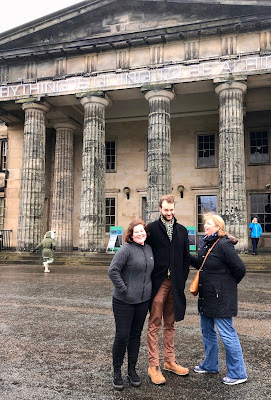