A night of hilarity

April 08, 2019
Hanging out in the flat this morning. Jade off to work this afternoon, and we walked to the University later, and found a café bar just opposite, called the Paradise Palms, where Lorraine and I had some vegetarian fare, a chilli bean on fries thing which was gorgeous. Then Lorraine and I went with Jade back to her office in the philosophy department, which I wanted to see. Felt odd for me to be lurking in a philosophy department again, a thing not witnessed for decades.

Jade and her colleague Anna had decorated the door to their office with images of important women thinkers, which was good to see, and seemed quite a significant thing to have done in a bland looking area with the odd painting of gentlemen philosophers from former times at Edinburgh. Lovely views from there too. An inspiring place.

Then a toddle across the meadows to a pub rejoicing in the name of The Royal Dick. This a strange place with bones of cattle on the walls, and medical tomes lining the walls.

Then home afterwards and a rather hilarious evening of scrabble and euchre and drinking. Jade making Lorraine laugh till she cried at one point. To work out who was going first we all had to pull out letters from the scrabble bag, Sam and I each pulled out an E, while the ladies pulled out letters lower down the alphabet. Sam and I then pulled out two new letters, and both were A tiles. Jade then said, what happens next, they pull out their cocks? Cue Lorraine laughing for some time. Several drinks later we realised it was nearly three and time for bed. Great fun.

Below Jade in her philosophical environs. The meadows, and a view from Jade's floor. 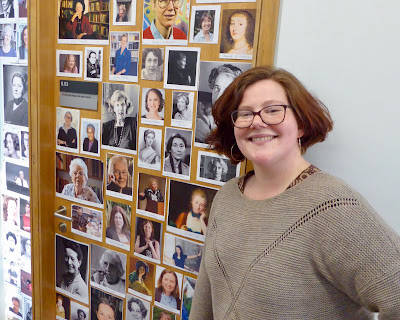 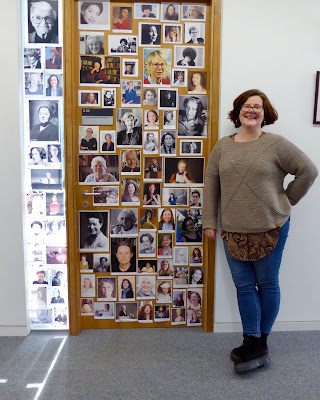 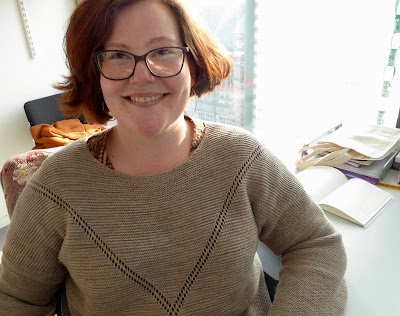 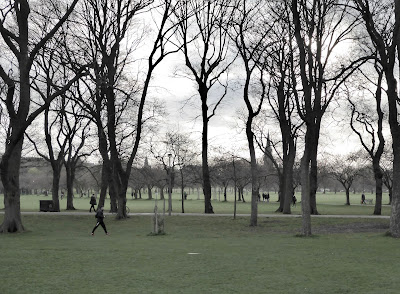 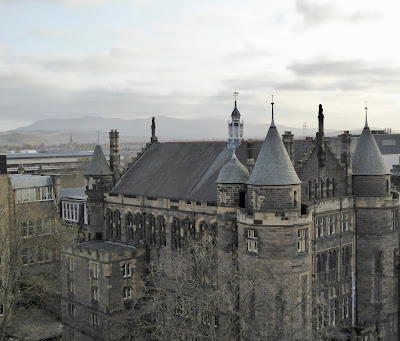