March 21, 2019
Another day manacled to my desk, albeit punctuated with brief walks. New agency phoned this afternoon. The client who selected the route I had created, with images of people and quotes, now says he is really happy with this route except he doesn't want images of people or quotes. Sigh. The agency knew this yesterday but only thought to tell me about it this afternoon. All the emails I have sent to the agency went into their junk folder. Naturally they still want the job delivered for Friday.

More happily, Valerie phoned me from Paris, pleased with what I had done, and wanting a smidge more from me on Monday. Two agencies, but it's chalk and fromage.

Had another Thomas Ligotti book delivered today, cheerfully entitled The Conspiracy Against The Human Race, and have discovered a podcast called The good friends of Jackson Elias, from a website called Blasphemous Tomes. They have a bazillion episodes mostly about H.P. Lovecraft, but horror in general, but it strays into H.P. Lovecraft-based gaming from time to time. But I listened to an episode on Ligotti, and now started one on H.P. Lovecraft. 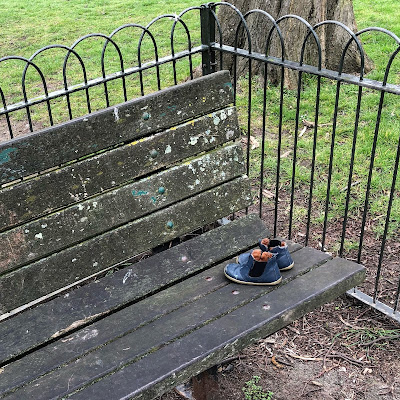