How long is the present?

February 17, 2015
At Brighton station this morning, popped out while buying a ticket and peered in a nearby cafe where Beth and John were being filmed for an online advert for Barclays. I peered in, and then snapped the scene without seeing them. On the train to London, however, I noticed their profiles in the background.

In London, I met Bob at Nelson's Column Trafalgar Square was bright and sunny and full of people, lounging on the Landseer lions, and sitting around the column itself. Bob and I found each other, and made off to the National Gallery where Bob had read about an exhibition by Peder Balker. More about the exhibition here - I just love going to art exhibitions.

Then Bob and I sloped off to the lovely gin palace of The Salisbury for some food, served very, very slowly. I drank soda and lime, and Bob had cokes. Lots of chatting to be done, and various aspects of the world to be put right. Then to Two Temple Place, where we had intended to see an exhibition called Cotton into Gold. Unfortunately the exhibition was closed on Tuesdays. Bob was all for surging in and remonstrating with them for this unreasonableness.

Instead we walked down Fleet Street and popped into Ye Old Cheshire Cheese, and I had gin and tonics and Bob had beer. Love being in this pub, specifically in the brown bar just on the left as you enter. It is a place that does not seem to change, and I love it increasingly for this fact. There was a flat capped curmudgeon who came and sat next to us, and fed the fire with coal. Bob, was Bobish. Two pints in he asked penetratingly, how long is the present? When I was unable to answer he reproached me and said I should think about it. Then he informed me that the present was three seconds long.

A ridiculously early time we left for home, but it was excellent to have seen Bob.

A slightly draggy journey home, due to train delays. But was home by nine, with a cheery post shoot Betty and John at home, and Lorraine giving me a warm plate of food. All well.

Toby called however, having had a horrendous day with a rich variety of car and work computer, lost keys etc. hell, much of it conducted in achingly cold Ottowan temperatures.

Beth and John in profile against the far window. A few snaps from London; in Trafalgar Square; in The Salisbury; a dangling dog in Temple Place, The Royal Courts of Justice, Bob sitting next to a curmudgeon in the Cheese, snaps of the dark interior. 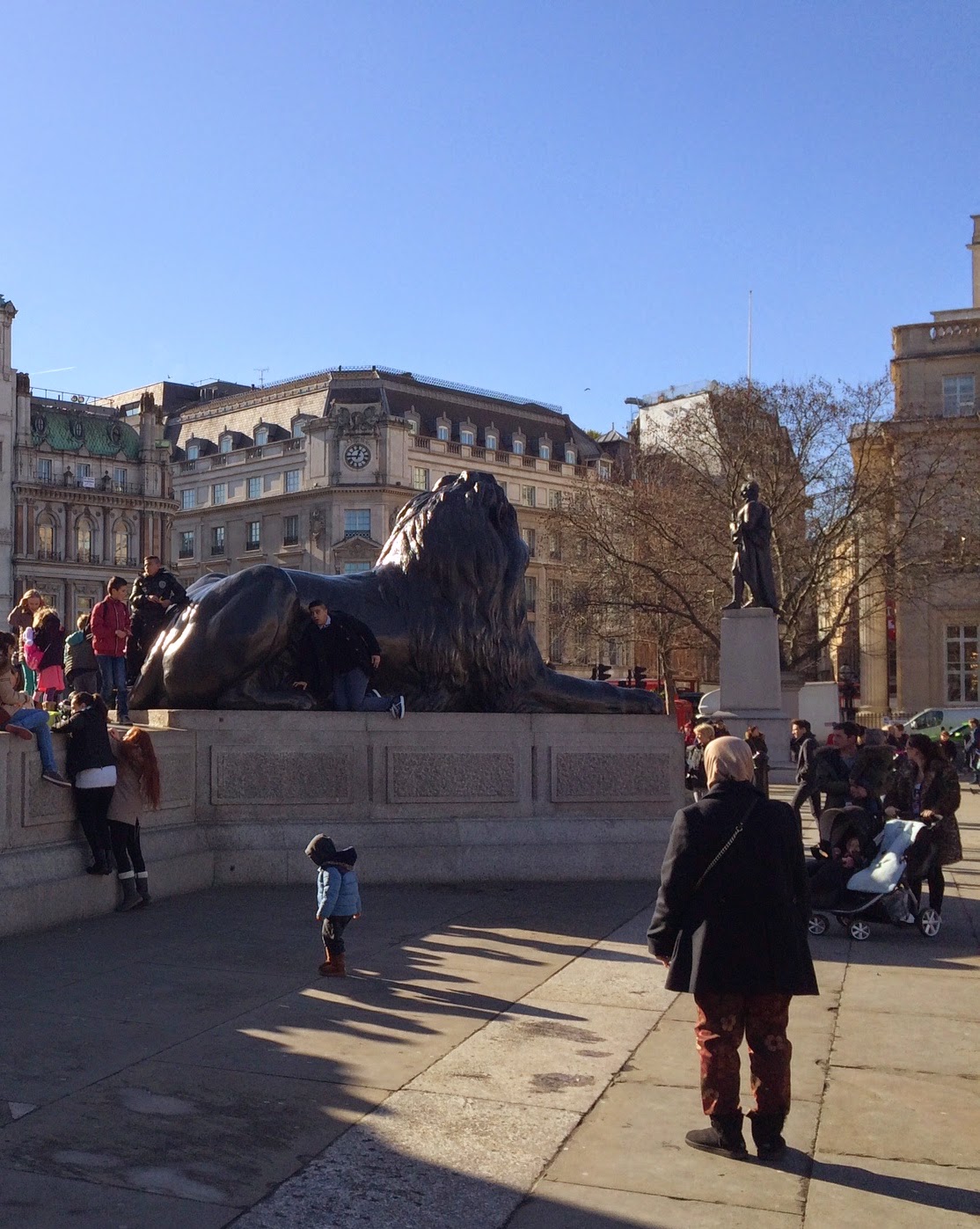 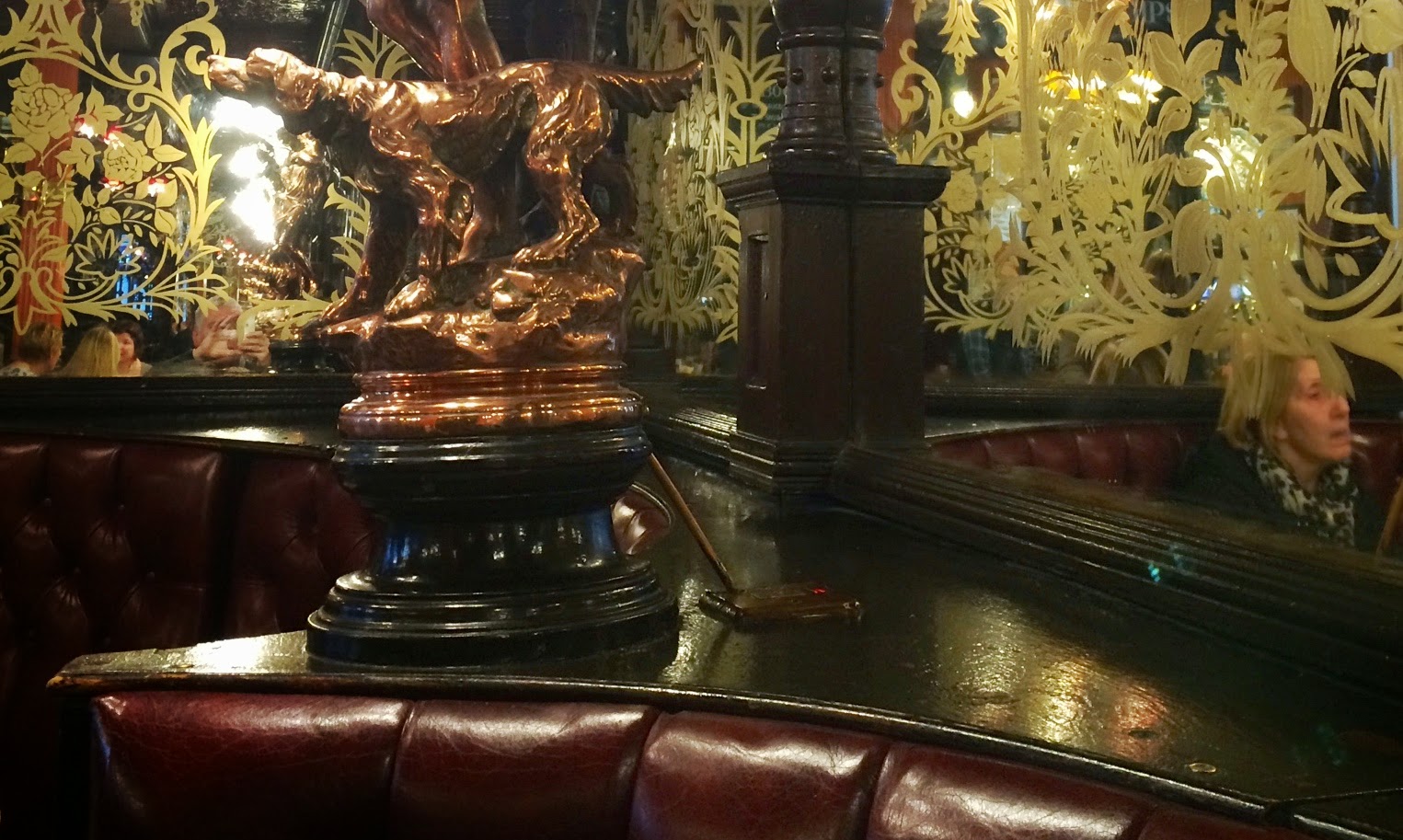 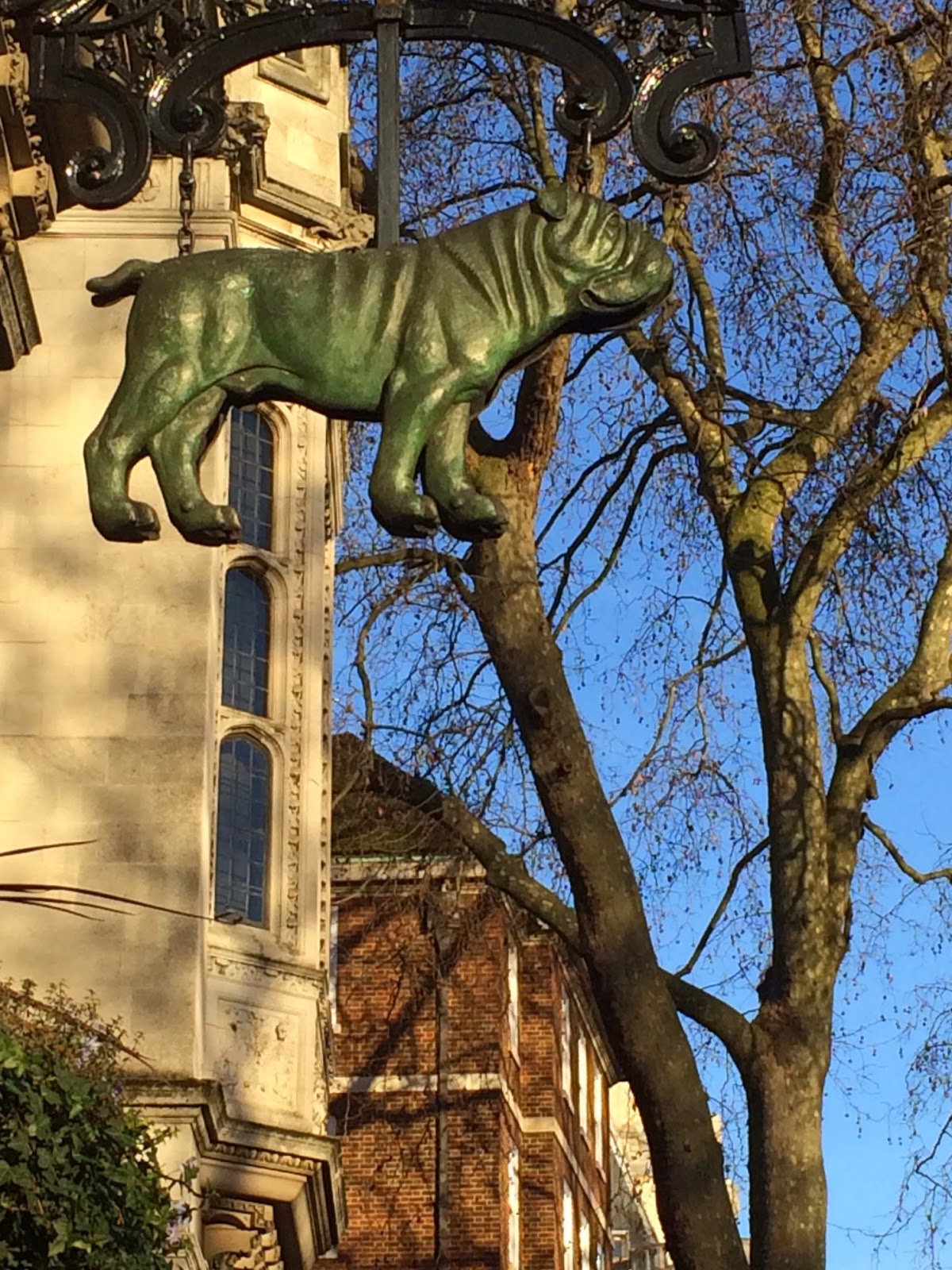 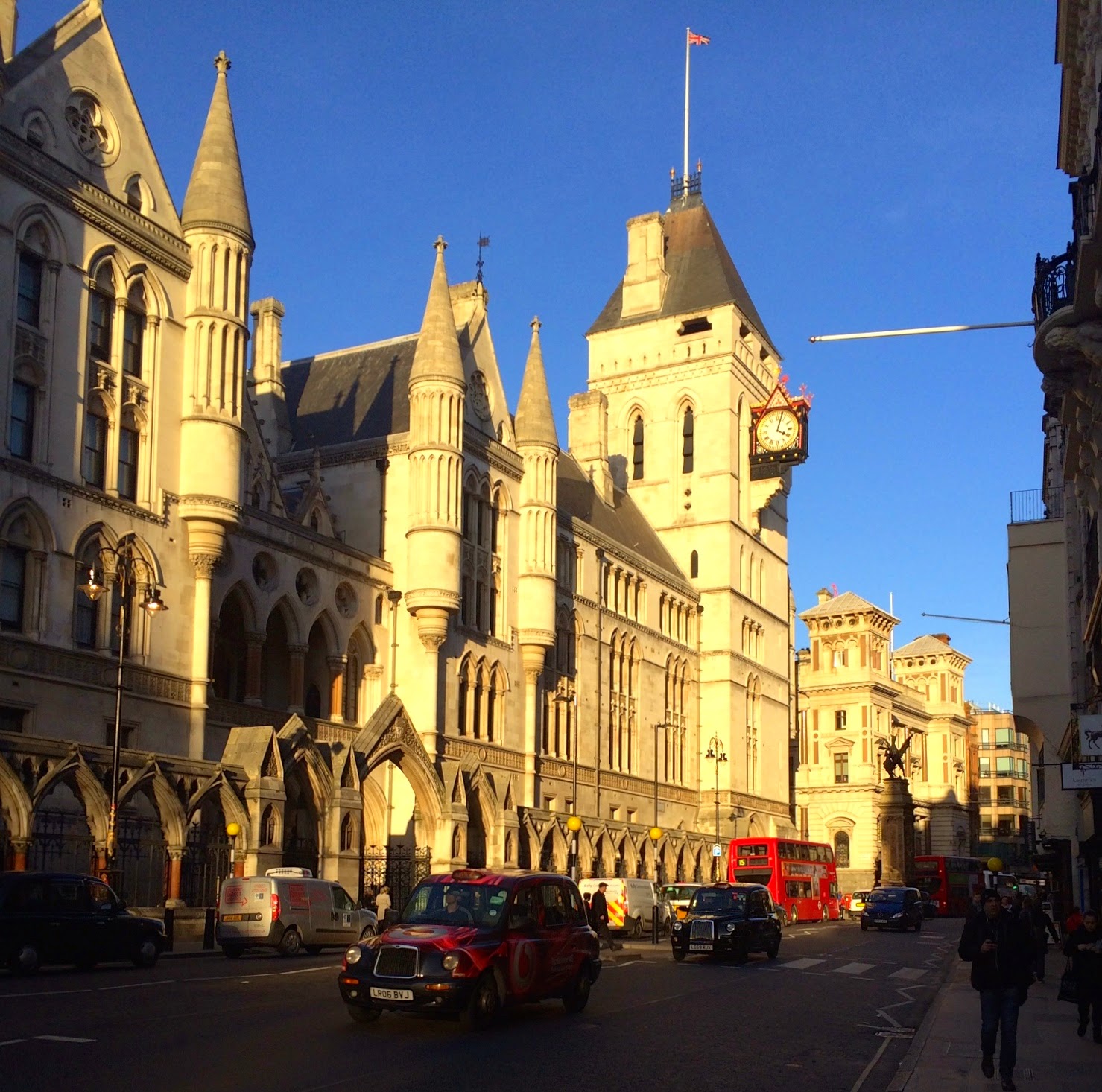 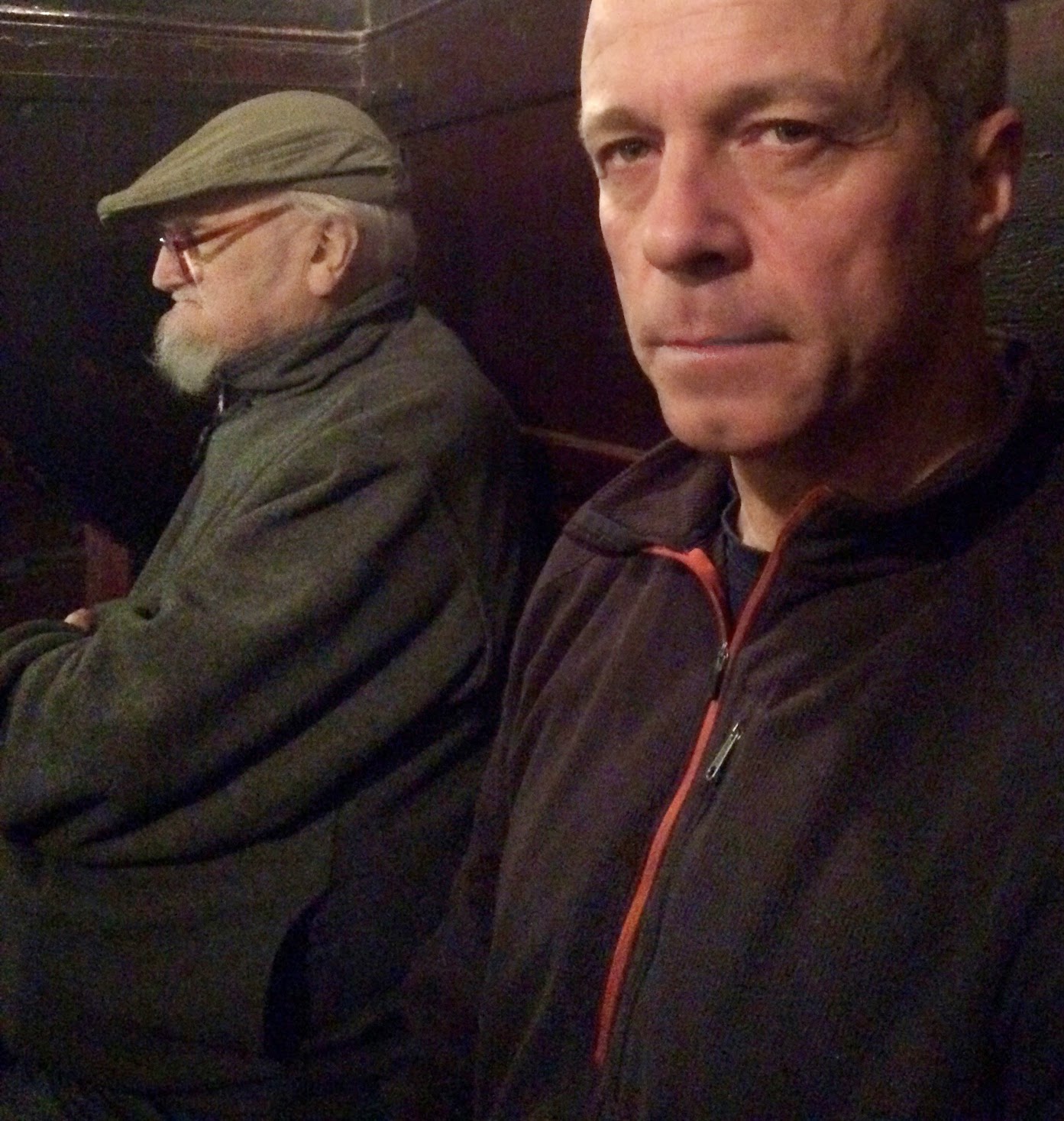 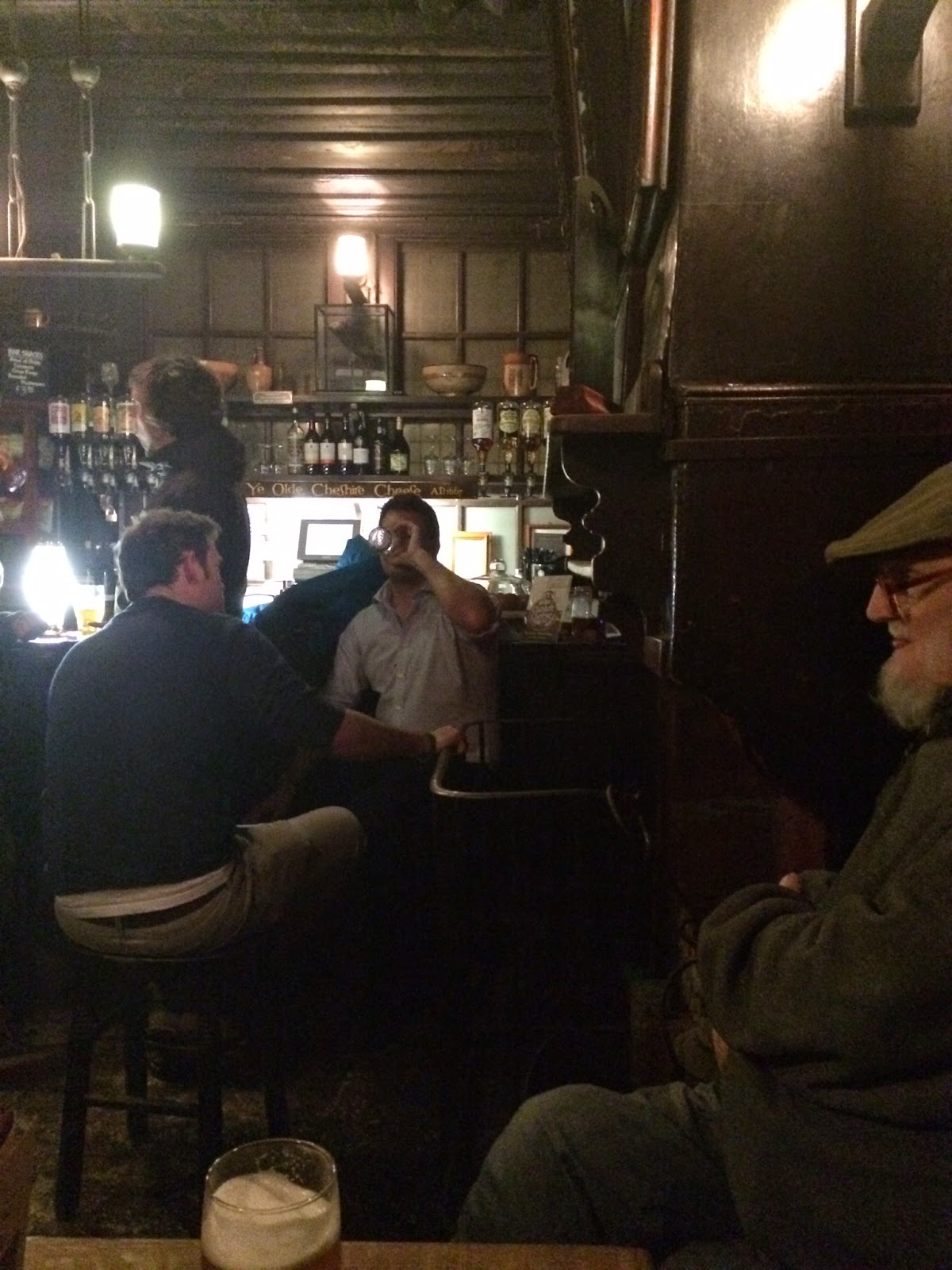 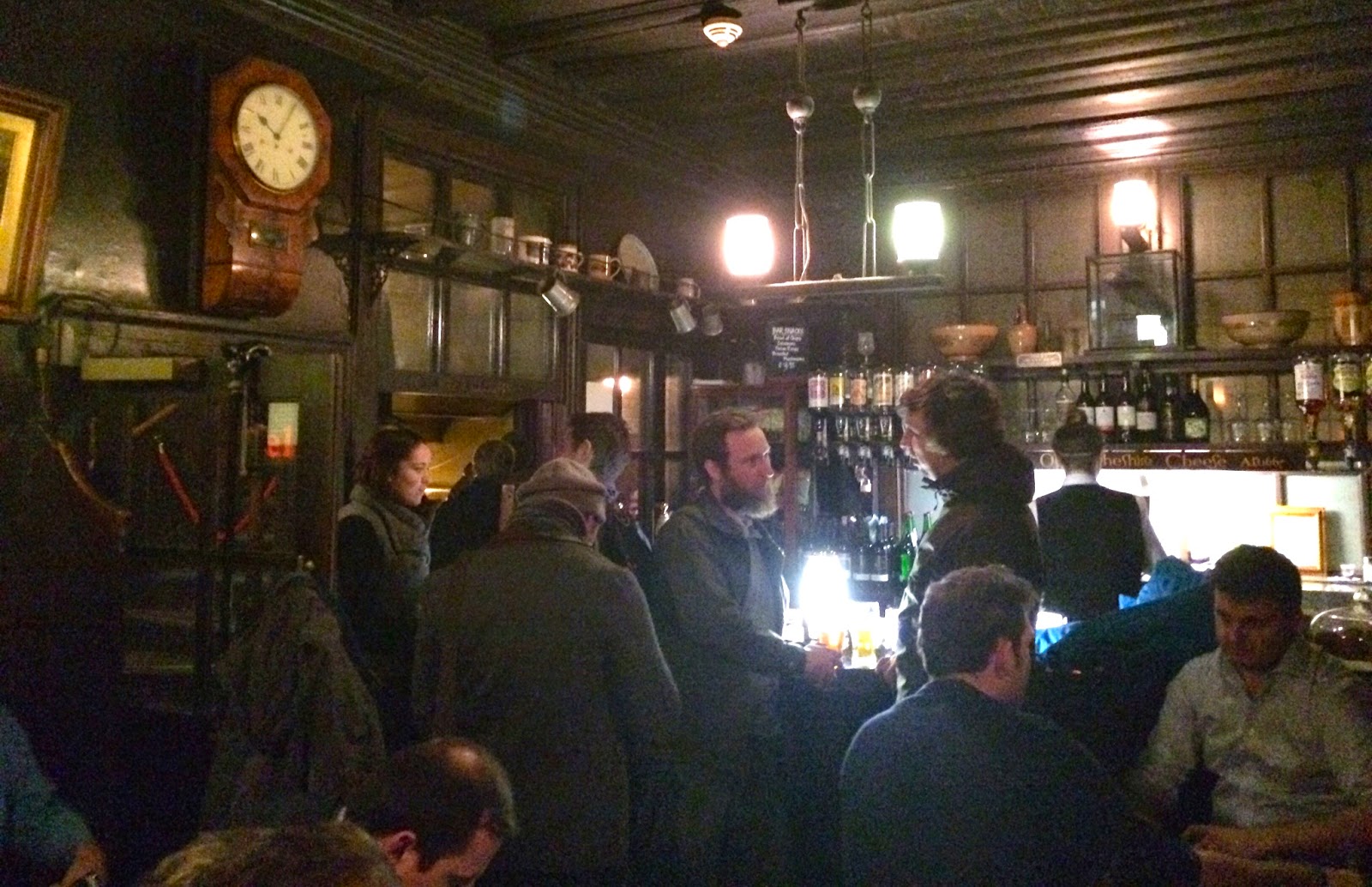