A spot of Wuthering

February 21, 2015
Lorraine and I began the day with a cooked breakfast in the hotel. We'd not slept well due to the throbbing of a nearby nightclub till 4am, but were much revived by many cups of tea and a big breakfast.

Then off to meet Sam and Jade at the bus station, where we caught a bus which passed through satisfyingly northern places like Shipley and Bingley until we eventually arrived at Keighley. A really good way to see something of Yorkshire in the unexpected sunshine. Past towns with old mill chimneys, and houses made out of honey-coloured stone. Here we changed and caught another bus to Haworth, getting off near a little railway station where there was evidence of steamtrains, much to Lorraine's excitement. Up through a pretty little park called Central Park to Haworth and then, still going uphill, past lots of antique shops, souvenir shops, and cafes.  One was called Yorkshire Relics, which made me think of Matt. We stopped in one place for a coffee and piece of apple sponge cake, then we visited the Brontë Parsonage Museum, which I found fascinating. Lovely picturesque area, with an intriguing graveyard. Felt suddenly as if I 'got' the Brontë sisters better than before. More about all that here.

After this, and despite it feeling nippy, we went for a stroll onto the edge of the moors, which were just behind where the Brontës had lived. A beautiful place, with all the wild openness you'd imagine from Wuthering Heights.

Then to the Black Bull where we had a cheeky pint of beer and I snapped Branwell Brontë's pub chair (for the unfortunate Brontë brother drank heavily in that pub). Then back home, the way we'd come.

Arriving at Leeds, Sam and Jade led us to Akbar's. This had excellent food, and was extremely efficiently run and pretty friendly too. The food really was nice, and there was that northern thing of serving a large naan on a naan stand, a bit like a simplified metal Christmas tree on which our family sized naan arrived. The tables look like they have sails on them, and waiters walking with a couple of these look like they are bearing a pair of elephant ears.

Then Lorraine and I went back to the hotel, supped a cup of tea and watched part of Match of the Day on the TV. Strangely my foot and ankle much improved since being subjected to walks and beer.

Below a spot of wuthering about. Jade, Sam with wind-tufted hair, Lorraine; Lorraine behind the parsonage; a few other snaps. 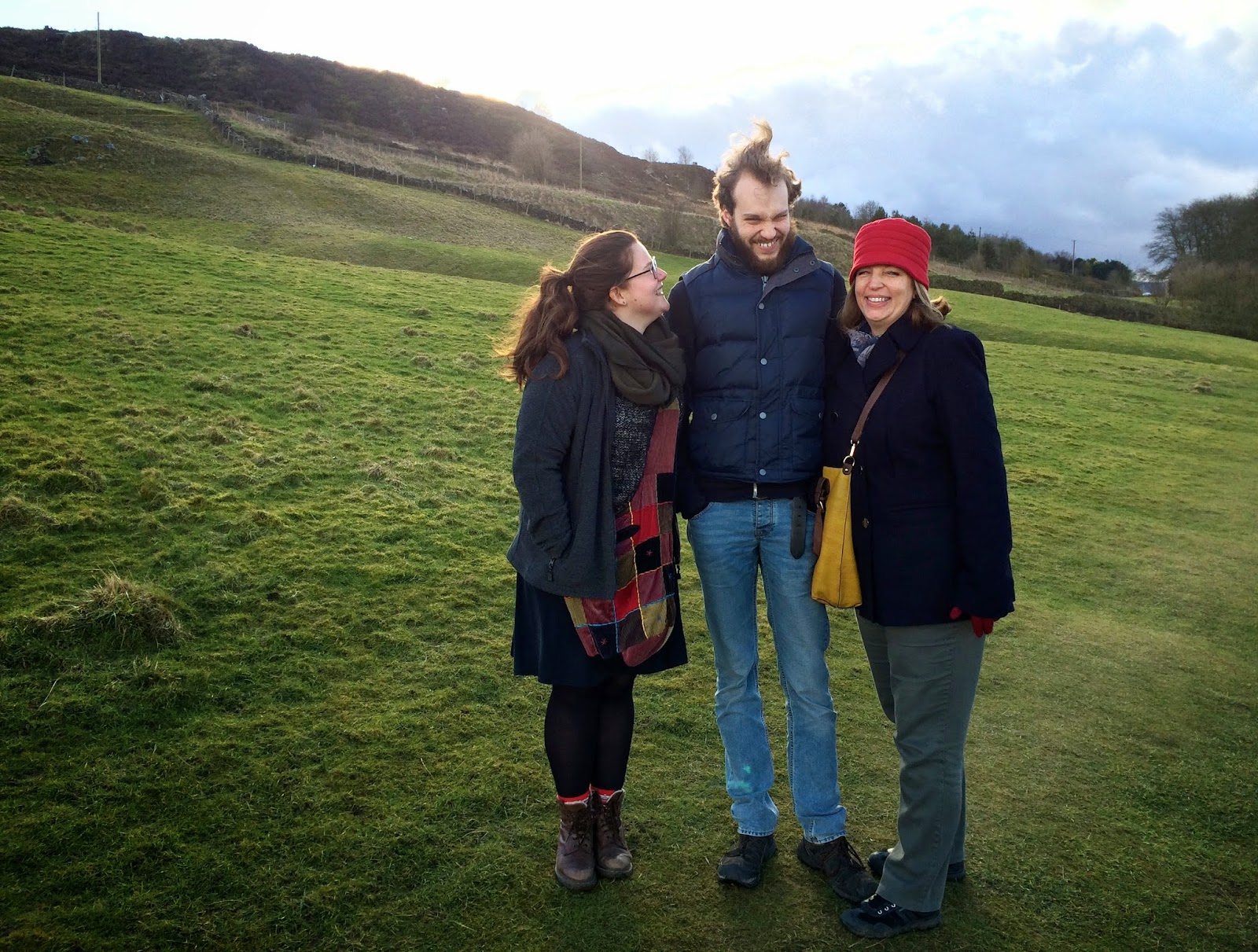 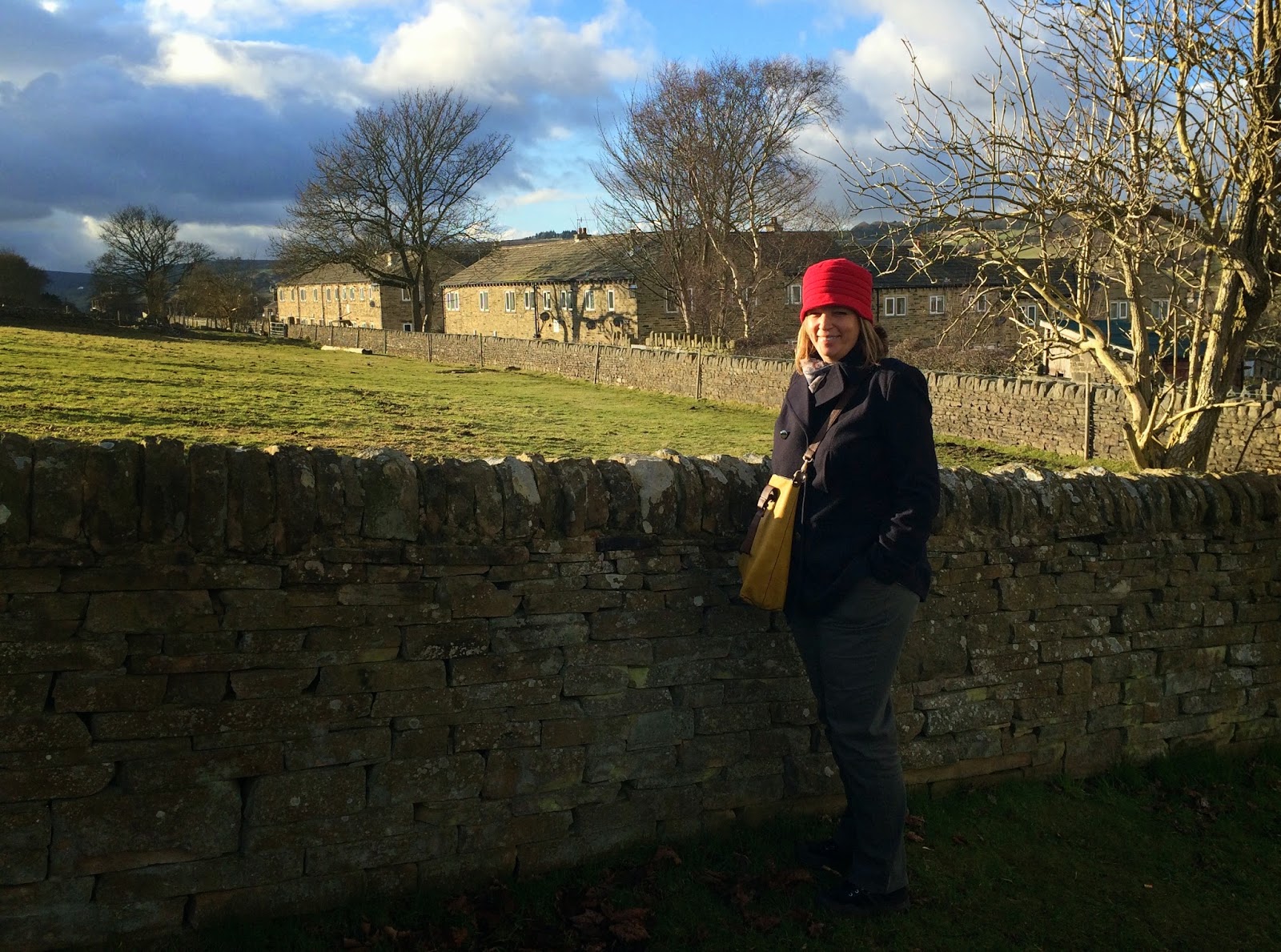 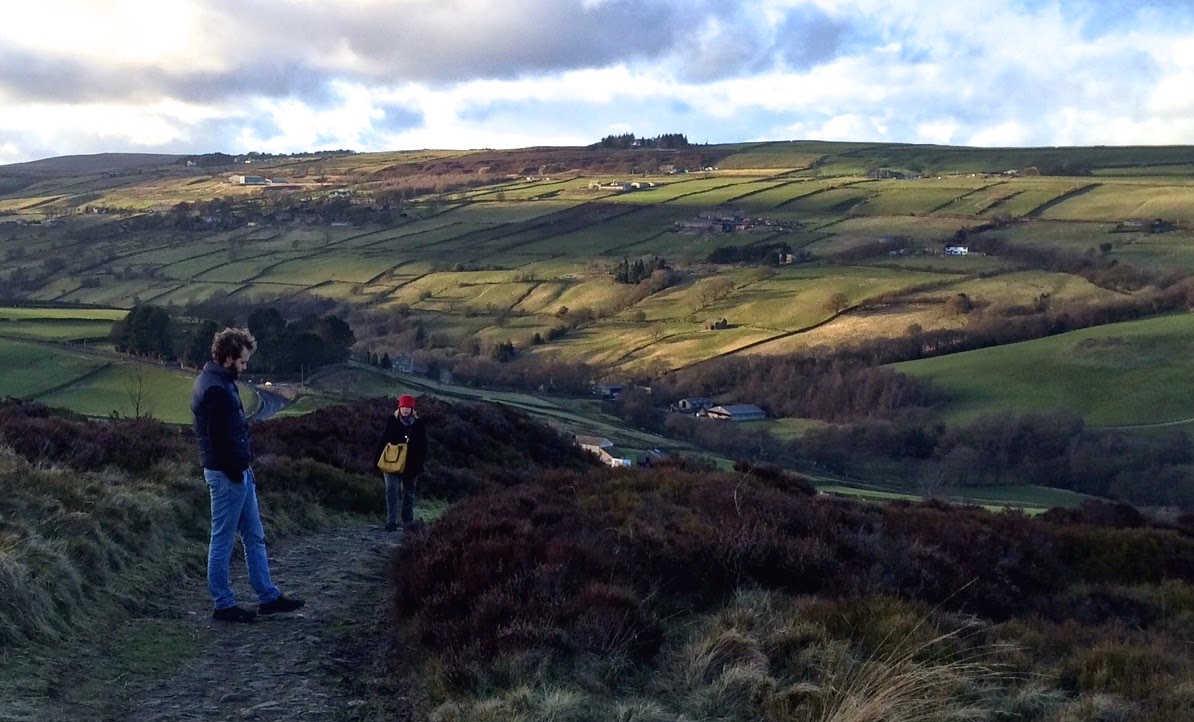 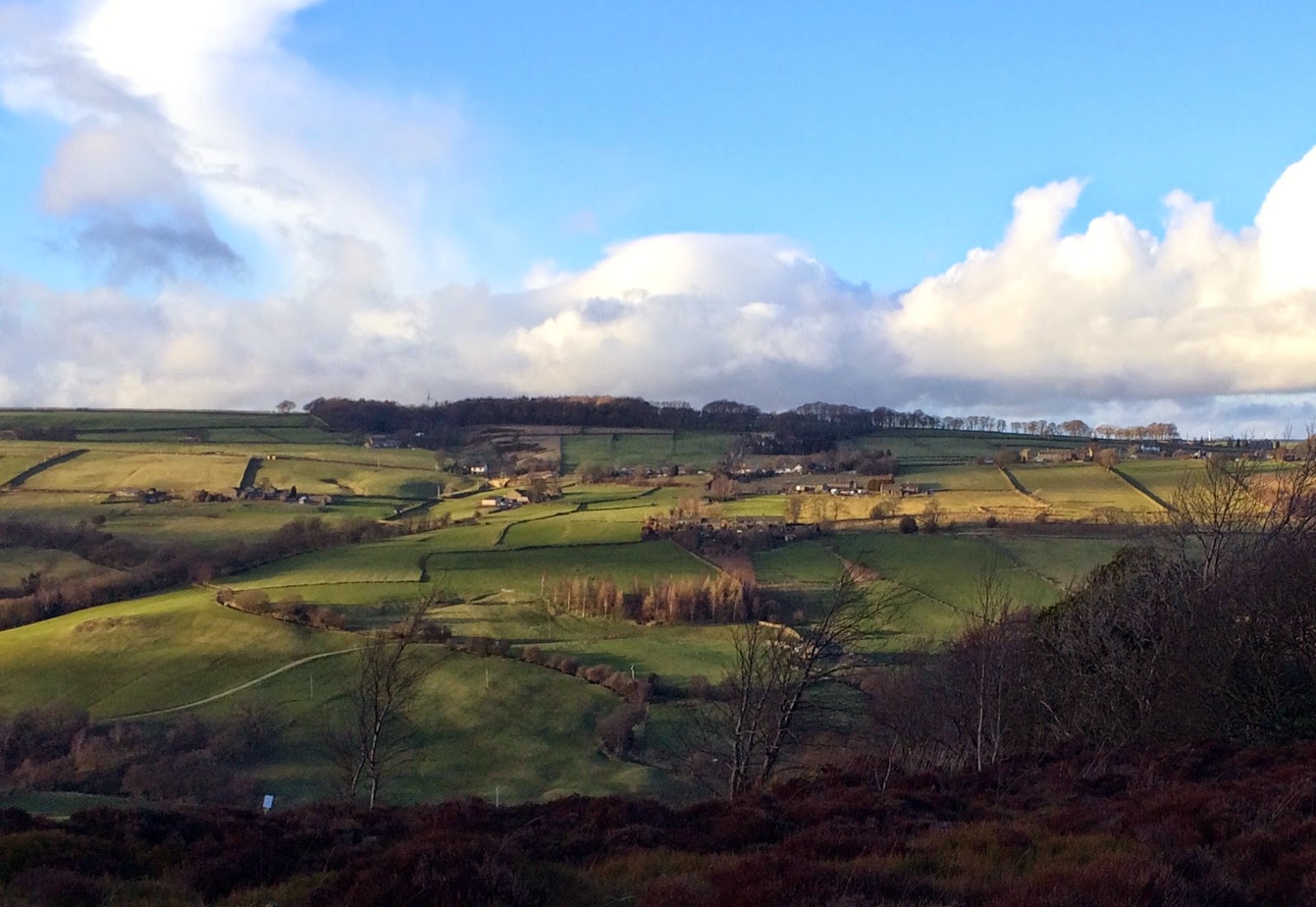 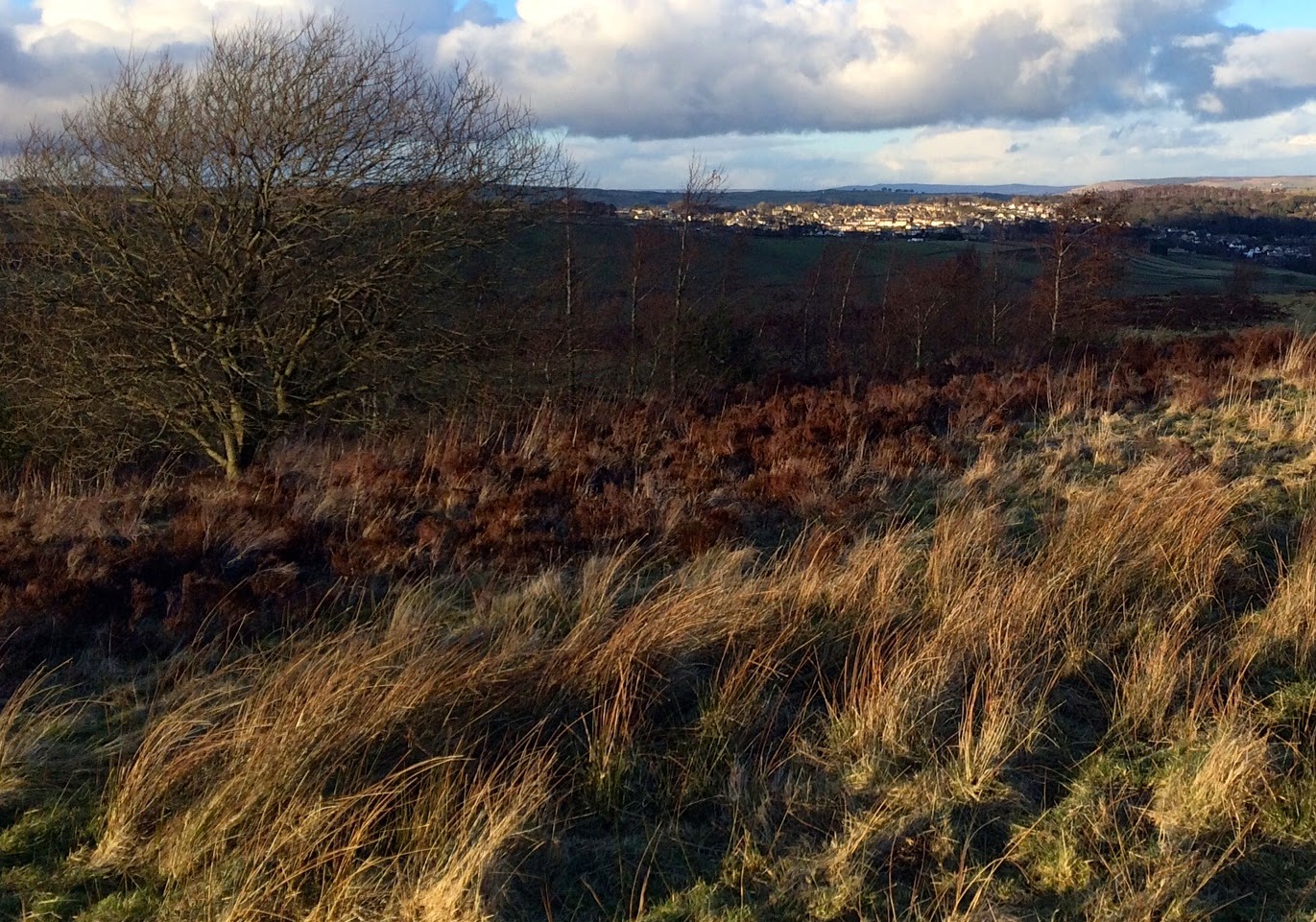 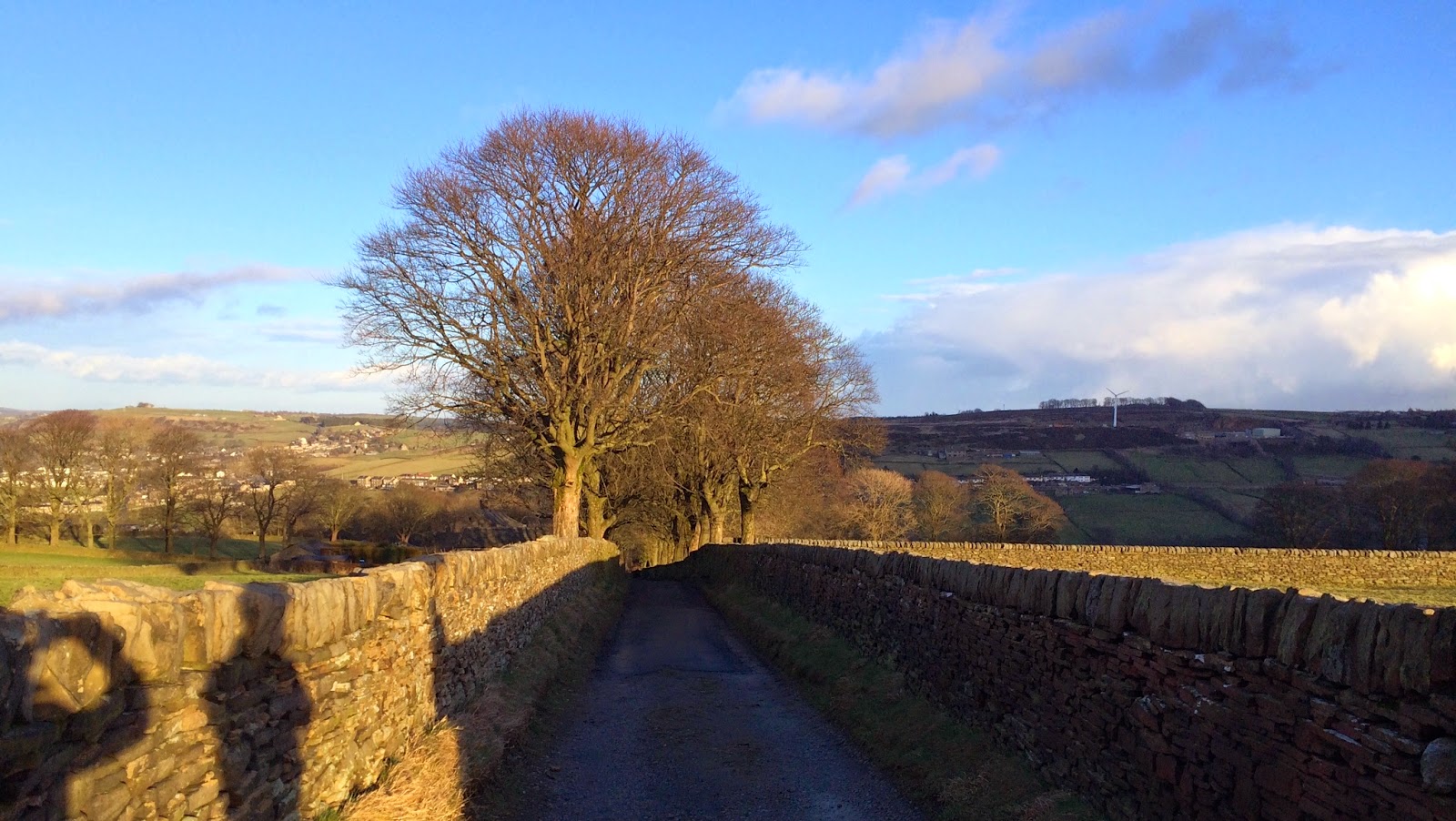