An afternoon with Oskar

February 08, 2015
Appropriately enough off to see Boyhood this morning. A gorgeous day, with sunlight that you could actually feel heat from. We walked down to the Duke of York, and met Rosie. The cinema in a state of confusion with a lamentable failure of a new computer system. Lorraine had booked for us online, but the tickets were paid for and not confirmed. At the cinema we were allocated new tickets and there were people with legitimate tickets in the seats we were sold. Eventually we were shown to the upper circle, so all was well.  We pitied the people having to work there when the systems are failing.

Anyway it turned out that Boyhood, which I missed last year, was one of the best films I have ever seen. We all loved it. It is about the boyhood of an American boy, but the filming process took 12 years so all the characters age in real life, and the boy grows up to be 18. I can't quite pin down why the film is so fantastic. It just is.

Emerged blinking into the strong sunlight, and stood about discussing it outside. Bumped into Leslie, and her pal Collette outside too. After fond farewells with Rosie, Lorraine and I then sauntered home through the park.

Not long after we got home Anton arrived with Oskar and Klaudia.  Oskar had come to hang out for a couple of hours, and we did many and various things together. I let him use Bianca, and plugged it into the amp so he could hear what an electric guitar sounded like. Then he introduced me to the world of characters he has invented, such as tabletman, jellyman, green germs, and Carrotman, a large-eyed but mouthless being who wages a stealthy war against rabbits. The computer on, Oskar showed me a variety of sites, some with pastoral scenes interrupted by screaming faces that make you jump. Others were more beautiful such as this this one, and I enjoyed this one of a man having his face slapped by an eel. After refuelling with some beans on toast, we went on to play some chess. Oskar actually pretty good at this, although competitive Godfather that I am, I taught the whippersnapper a chess lesson, although afterwards Oskar's official line was that honours were even.

Before long Anton arrived with Klaudia, they having been clothes shopping, something the young Oskar was I expect pleased to pass on. After Klaudia and Oskar had briefly locked me in the dungeon, they made off leaving Lorraine and I had a quiet Sunday night. Toby phoned, however, showing us the impressive view from outside his window in the new apartment in Ottowa, with Bruegel-like figures skating along the canals outside. Toby and Romy arrived safely, both started new jobs this last week too. And Meaty the cat, born under a wandering star, visibly adjusting to its new environs.

Below Oksar, and the rear of Birdman snapped through a window at the Duke of York's. 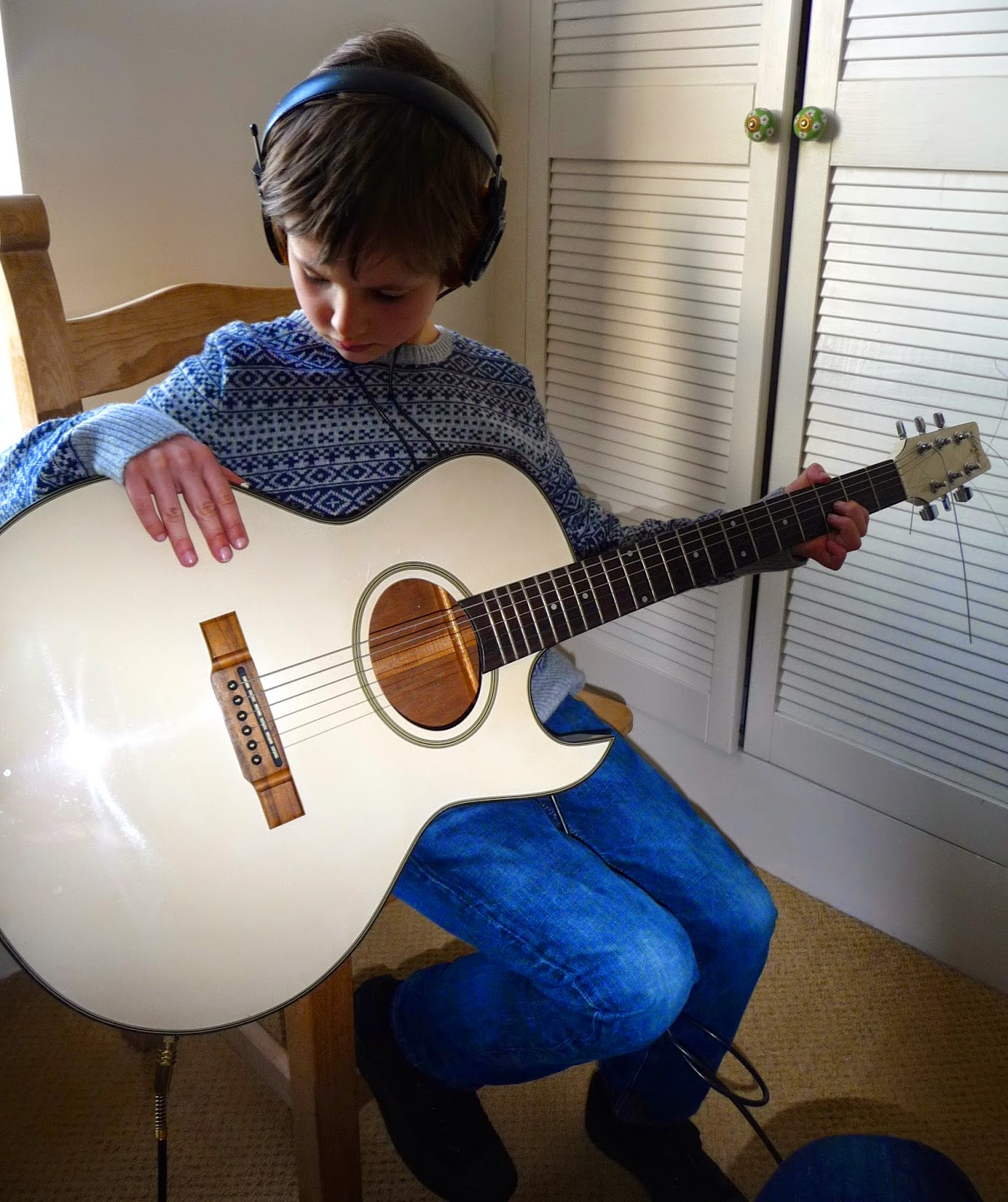 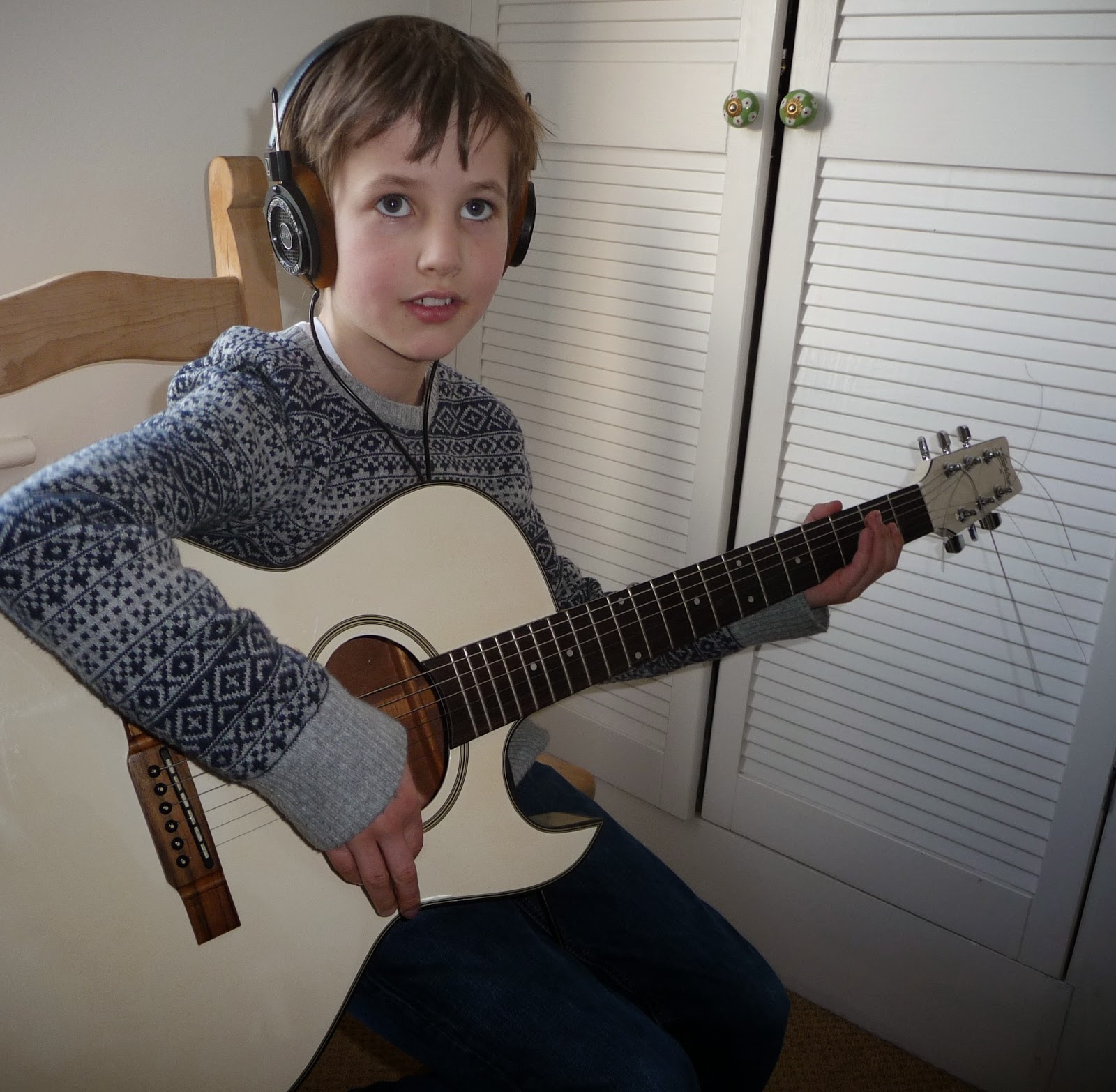 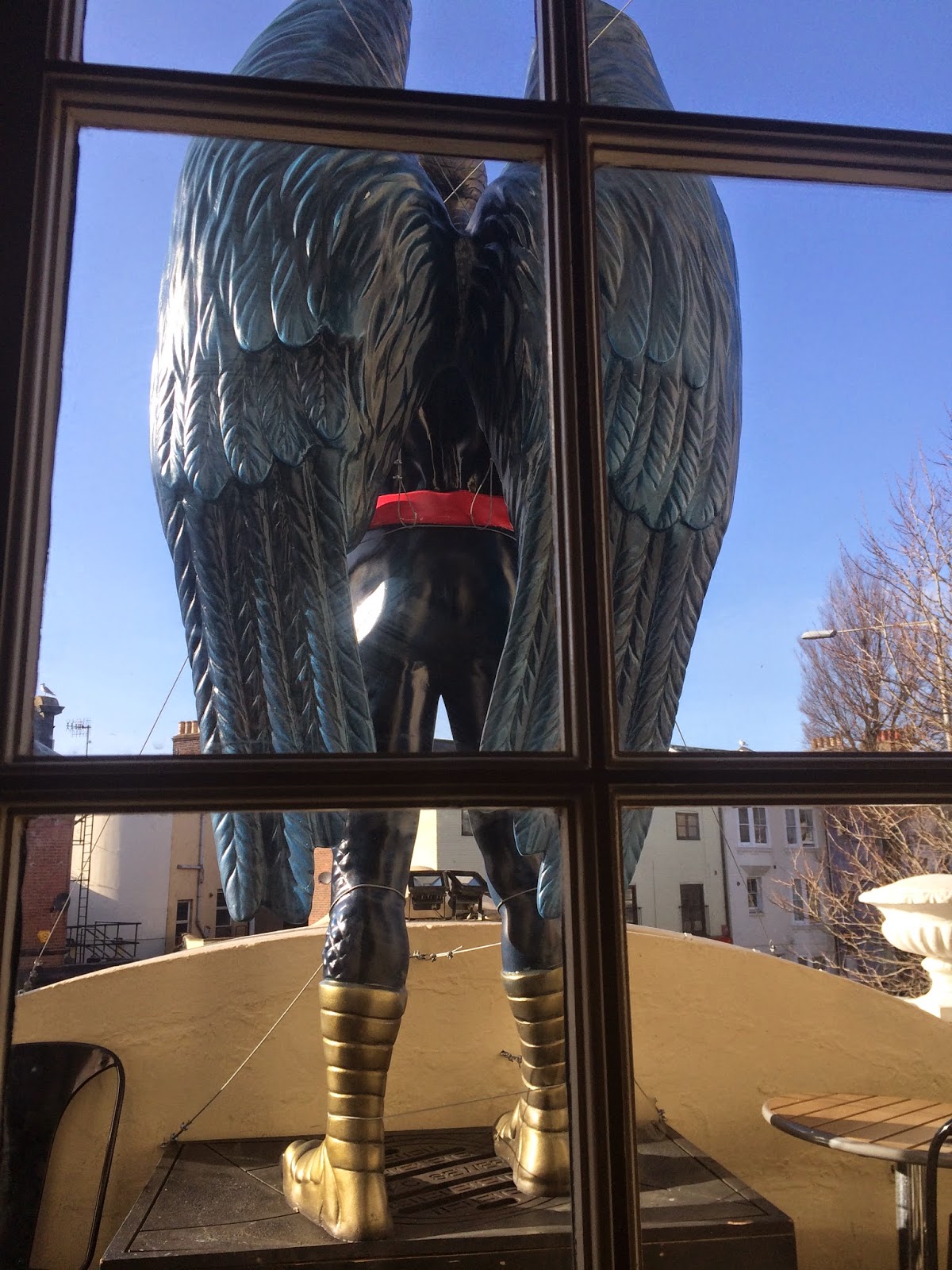