May 30, 2019
Last day in Guernsey, and the best night's sleep for me. We got up and had a large Barbarie Breakfast, and then packed, stowed our bags with Sally at reception and walked down to Moulin Huet. Another misty morning, and the planes were delayed. Mixed feelings about not wanting to go, and hoping the planes would fly.

Just lovely down at the beach, with tops of the cliffs still misty. Lurked there for an hour or so, then climbed up to have a cup of tea in the Moulin Huet tea rooms, before climbing back to the Barbarie. A lunch and a final pint of beer in the bar, before shaking everyone's hands and being given a warm farewell. Taxied to the airport, through security (officious and annoyingly requiring my bag to be open) before waiting for our plane which was then delayed three hours.

The flight itself really good, and on one of the jets. We had extra legroom being near the emergency exit, and the flight lasted 40 minutes.

Through the airport, quickly, and then to the car in the carpark. Reading a few messages on my phone, and feeling a bit glum about being home. Nevertheless good to be back in Osborne Road, and see Pat and Maureen who had been looking after the cats, and having fun in Brighton. Very tired tonight generally. A quick chat with Mum too.

Below scenes on Moulin Huet, the second one down is sand. The last one features a mermaid Lorraine. 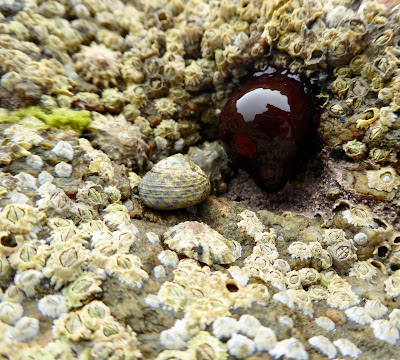 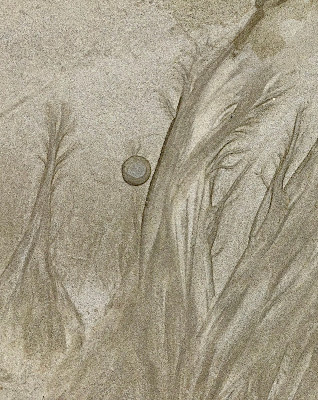 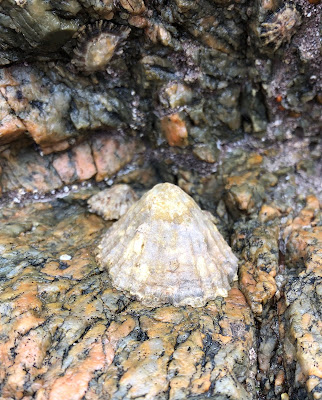 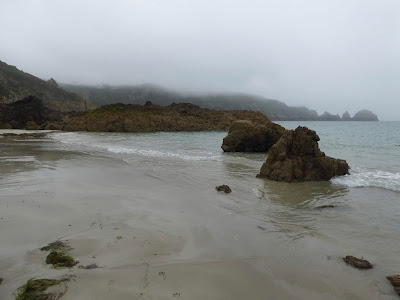 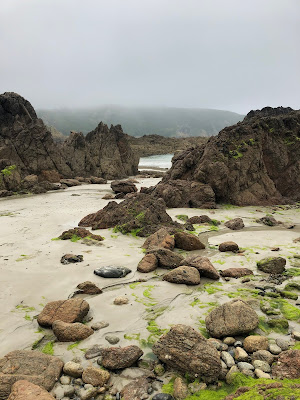 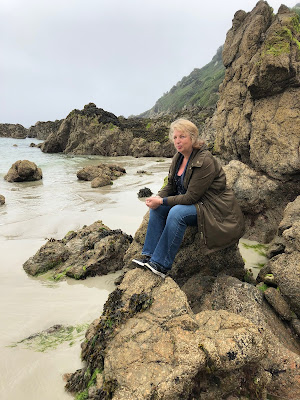