May 28, 2019
Up for a full Guernsey Breakfast, and then contemplated what to do. It was a cool but sunny day, and Lorraine and I decided to go down to Moulin Huet bay. However as we walked down Moulin Huet valley we began to realise the tide would be fairly high, and suddenly opted instead for a cliff walk to Jerbourg. We mooched steadily along taking moments to stop and sit and stare at the beautiful cliffs, and look at all the flowers. It was such a nice time.

When we reached Jerbourg, we went to the kiosk and had a couple of pieces of toasted gâche and some teas and cold drinks. From there we walked back until we cut in from the main road to walk along the paths to the wishing well.  A big building job was going on there, however, and the well was dry. Tried not to read too much into the wishing well being dry, however the water was still flowing down the waterlane and it was still beautiful. I did my wish a bit further along as the stream fell towards the top of Moulin Huet. From there we walked back to the hotel.

A rest there, and then to Les Dovres for a bite to eat. The food was good, but the service a bit rubbish. Back to the Barbarie, where Lorraine had a rhubarb and ginger gin and tonic. I had some bottled beer from the white rock brewery called Wonky Donkey, and it was fine.

After a game of crib we were talking to a German couple from Hamburg, called Thomas and Marina. We were chatting about various subjects, and I asked him what music he liked. Without hesitation he said King Crimson, which rather made me smile. Lorraine went to bed then, and I had an absolute bloody final with my new pal before bed.

Various bits along our walk. Lorraine standing by a wall with St Peter Port daisies, and flowering valerian, assorted cliff views, including Lorraine in the water lanes, 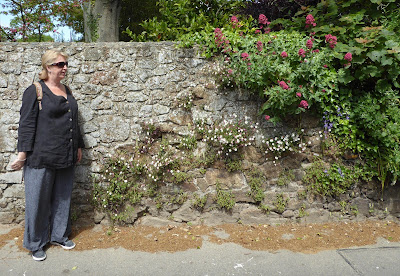 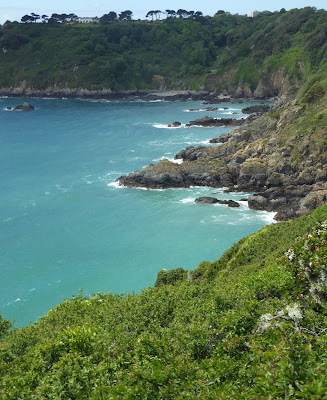 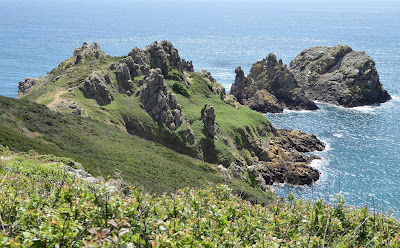 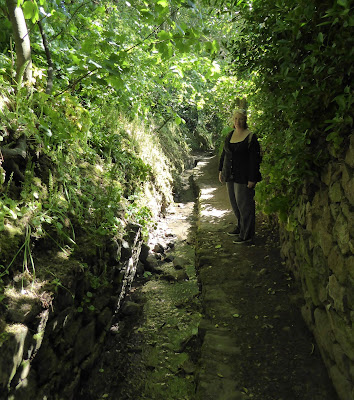 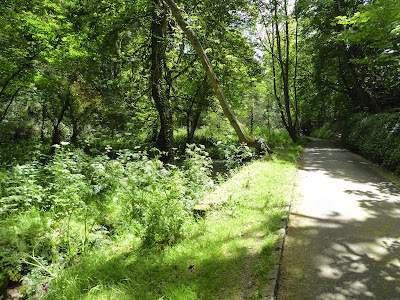 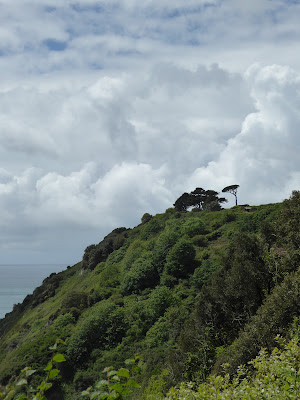 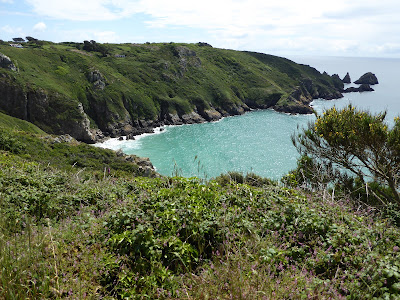 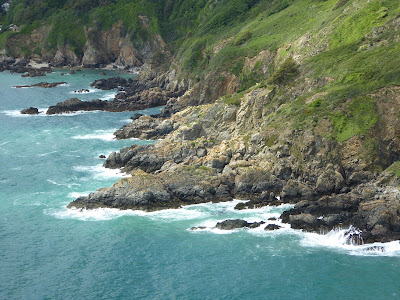