Fog and rain, but Guernsey

May 29, 2019
A bit bushed after the long walk of yesterday, and Lorraine's feet were bad. A low key day. I went for a walk but the heavy misty cloud turned quite drenching, and I returned after an hour or so, with my wet top slick. Happily read some stories by Robert W. Chambers from the collection The King In Yellow. Also had a snooze. Marvellous.

After a fine dinner, we walked down to Saints Bay, which was misty and mysterious with the rocks and cliffs in tones of foggy grey as they receded. We were completely alone there until another couple came down just as we left. Walked slowly up the hill as the misty evening grew darker under the trees. Pausing not far from the Barbarie, with bats zooming overhead, one so close to Lorraine she could feel it pass. Two Germans walked past, and Lorraine said bats to them, and they said Ah fledermaus! Lots of German folks on holiday here for some reason this year.

Back into the bar, and Lorraine had a rhubarb and ginger gin and I drank some bottles of Guernsey beer. Thomas and Marina were in the bar too, and Lorraine and I chatted with them, after playing another game of crib, which Lorraine won.

Below, a walk in the rain, with rain on the lens, and a lurk on Saints bay on a foggy evening. 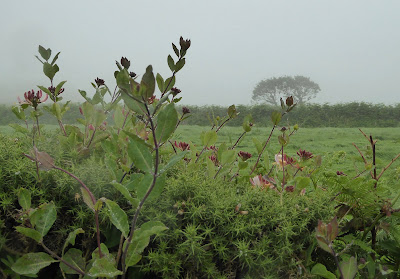 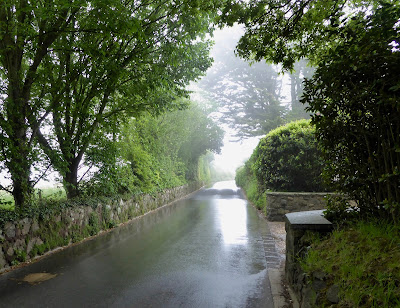 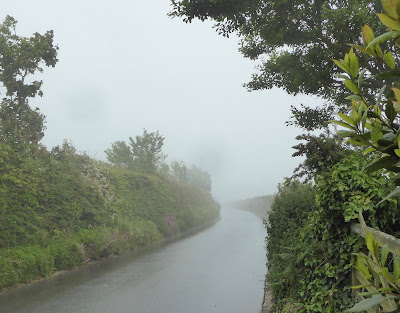 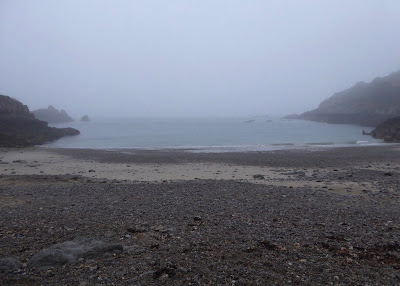 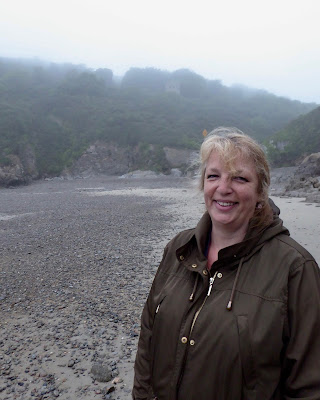 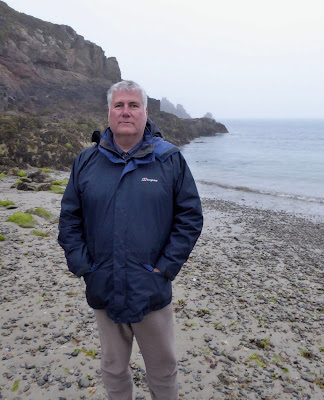 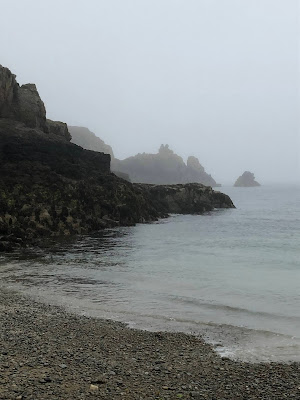