July 03, 2013
An excellent day's work, and relieved to be able to get back on with the book, and picking up fairly rapidly where I left off. Didn't leave the house until the evening. Spoke to mum and Mas returned from a trip across the channel which seemed mostly to involve high speed driving through the countryside with Tanya and Robert.

Lorraine and I out on a school night to The Basketmakers to meet John and Matt to celebrate John's birthday. John, who is sixty today, completely transformed since we last saw him a few weeks ago. He looks ten years younger, sporting a cool shirt, having lost weight, grown a beard, had a cataract operation. John's official party is Friday, and we are going to that too, but tonight a quick drink in The Basketmakers Arms, where we sat with Irish Tom before pushing off to a little local Italian place called Si Signore. This was a bring your own, and I popped by to a local off licence. Here became embroiled in a conversation with the owner and a cheerful and mature lady of ill repute, who was going on about having had a sunbed because she was so vain. After she left I paid for some sparkling wine and the normally taciturn man behind the counter told me that she had recently came in and showed him her enormously long nipples in the hope of getting two free cans of beer.

Back to the restaurant, trying to shake this image out of my head. John very cheerful and we had fairly decent Italian grub although the owner clearly not Italian. We drank sparkling wine and were joined again by Irish Tom and then repaired for an absolute final beer in the recently refurbished Eagle.

Luckily we left to float home as Lorraine needed to be tidied away after this midweek revelry. We paused only to look in the windows of Eaton Nott which are truly remarkable, especially late at night after a few drinks.

Below the weird and beautiful windows of Eaton Nott. 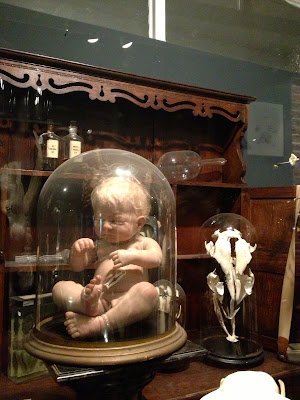 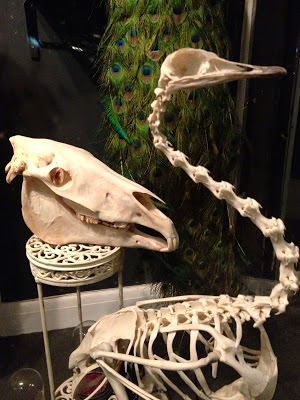 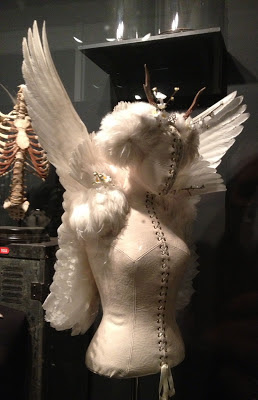 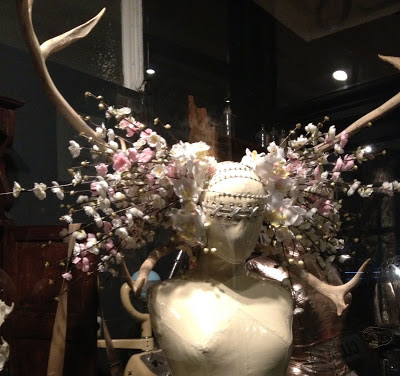 benilhalk said…
This comment has been removed by a blog administrator.
9:20 am