February 06, 2019
Up early, but my eyes still bad after yesterday's migraine so peering at the computer wasn't great. Off at lunchtime to London, first to my dentist on Strand on the Green where there were no dramas just a bit of scraping. I like and trust Lucinda, my dentist of 25 years so I still keep going back rather than have a dentist in Brighton, which in many ways would be more sensible.

Then a train from Kew Bridge to Waterloo, and an interlude of a couple of hours walking along the river. I went into Tate Modern and using my Tate Membership card, zoomed in to look at the Pierre Bonnard exhibition.  Found myself absolutely sucked into one large painting Salle à manger  à la campagne painted in Normandy. I must have looked at it for fifteen minutes (one reason why going to exhibitions on your own can be fun) and drinking in the fauvist colours. Fascinating how he painted white things in shadow violet in several pictures.

There was also a free exhibition of pre-war German magic realism too, which was right up my street having been turned onto this period in German art by an unforgettable Neue Sachlichkeit exhibition at the Hayward when I was nineteen. This time looking a the hideous Lustmord sex murder pictures that there were lots of in the interwar period in Germany.

Then I walked along the river to London Bridge, and being early for the Business Meeting where I was going to meet Anton, I stopped in what turned out to be a Wetherspoons called the Pommeler's Rest by Tower Bridge. Sat at a table with a Wetherspoons magazine extolling the virtues of Brexit. Nice to sit down for a bit though.

Then to an old contact from IBM days, Terry, whose agency hosted an event on Storytelling in Business. Had a quick chat with Terry, who is an all round excellent person. Sadly the event was typical agency balloon juice. Art, one presenter said, is all about authenticity, and so is business. This sort of guff has always brought out the worst in me. I wanted to bellow 'this movement in art called postmodernism, you know the one we've been living through for the last 30 years, is often explicitly about undermining ideas of authenticity,' but of course I didn't.

Luckily Anton and his work buddy Jennifer and I were sitting at the back of the room, simply slunk away and went to a pub instead. I felt a bit bad about this. A good laugh with Anton and Jennifer, then Anton and I caught a train from London Bridge, sitting in the faux first carriage at the back, which stopped at Preston Park too.

Below Salle à manger  à la campagne by Pierre Bonnard, Lustmord by Otto Dix and a couple of views from my walk. The full amazingness of the colours does not really come across of course. 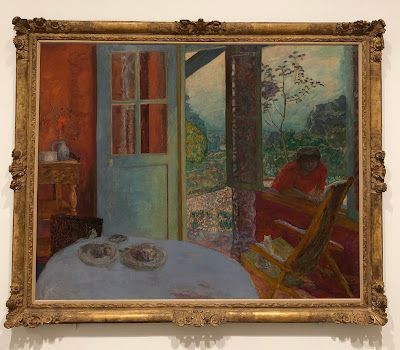 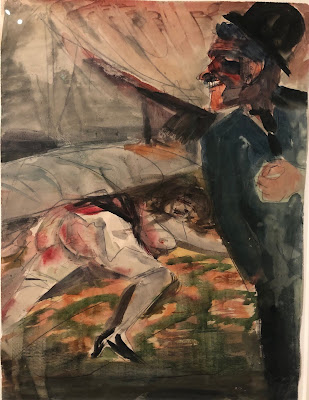 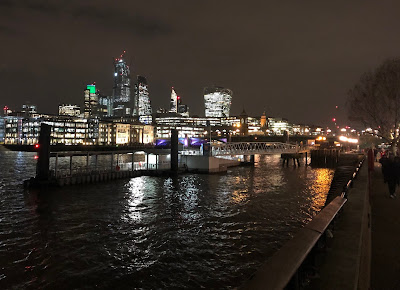 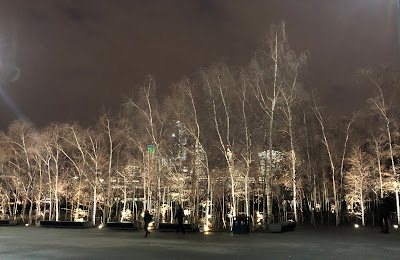 Unknown said…
Lovely pics Pete, especially the uplighting on the white birch.
10:09 am