November 07, 2013
Among school children again. Spent much of the day being Robin to Dawn's Batman at Downs school. I arrived at 9:30 for a day working with 'gifted and talented' children, who were sat around little tables in the school hall. Gifted and talented means they are the more able ones in their class, not necessarily that they were Mozartian prodigies.

The children today were from several schools in the area and were between 10-12. Because they didn't know one another there was a certain amount of self-consciousness in the morning.  My function was to talk about writing and the imagination. An interesting day spent outside my comfort zone. One poor girl was colourfully sick on the floor at one point, and was taken away as a casualty. Beyond this it all went fairly smoothly. Although I am never sure in these encounters with children just how much use they get from my contribution -- but they all seemed to listen.

Dawn had arranged for us to go down into the extensive air raid shelter under the school playground, which dated from WW2. We cat-herded the kids down into the dark, and walked about in it led by Dawn's torch and the torch on my iPhone bringing the up the rear. There were greenish safety lights once we turned our torches off but it was still very atmospheric. Noticed suspended jewel-like drops of water on the ceilings as I was leaving. Dawn said there were periods during the war when the children sheltered there every day.

I asked the children there to use all their senses and note down everything they experienced, and then use their imaginations to think of a contrasting place. Got them to write about these two places when we were back inside.  In the afternoon we showed them some adverts, and then gave the children a brief to write one for the Blue Cross, and got them to pitch it to us. They seemed to enjoy this section the most. I then showed them one I had written to the same brief.

Dawn is an absolutely excellent teacher.

Home, and realised that I was feeling quite rough. Had hot eyes, and a sore throat and felt rather wan and mancoldish. Perhaps it was the shock of doing a honest day's work. Found myself craving fish and chips, and Lorraine indulged me by driving us up to Sing Li. The evening snuggled on the gold sofa looking, at last, at some of our wedding photos...

Below snaps in the shelter, Dawn laughing at me as she climbed out. Bottom is an out of focus snap of the water drops on the ceiling. 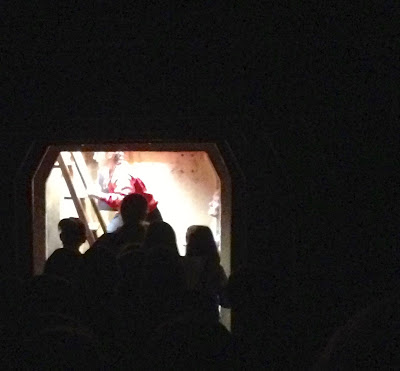 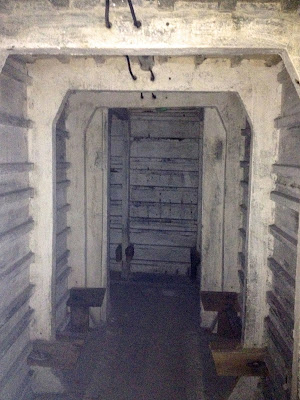 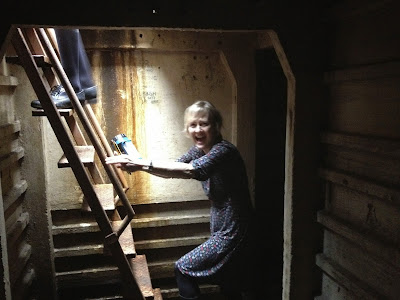 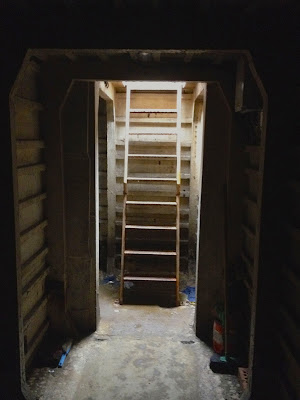 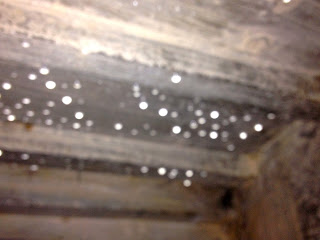