October 01, 2013
Worked steadily this morning and at lunchtime Mum arrived. Off to the Emporium, outlining colourfully for Mum the kind of people you encounter walking along London road, such drug addicts, beggars, prostitutes and so on just as we bumped into Dawn.

Then we had a cup of coffee and a sausage roll served with a few leaves in the Emporium. Then a stroll around town, as we talked, making it down to the pier being watched by seagulls, and along the seafront before we went to see the private view of the mosaic work of Husam Abu Shama, known as Hus to his friends. This was held at Janet and Ken's house. An enjoyable few hours being plied with wine and food, and chatting with Hus, Janet and Ken, Ray and Sonia and the several friends who turned up. Hus's work looking rather fine, with examples of his mosaic work in Italy on display on a show of pictures and in magazines, as well as the more portable work, often with LED lights and even incorporating fabric in a couple of collaborations with Janet. His website is here.

Mum enjoyed chatting to everyone too, and when the time came we made off and settled in The Shakespeare's Head for some sausages and mash before breaking for home, where Lorraine had just returned after an epic team meeting, which involved curry and ten pin bowling.

Below some snaps of Hus's work. 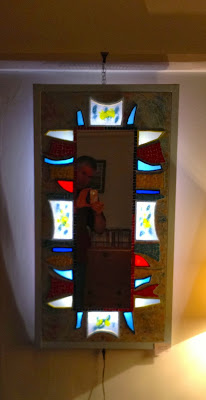 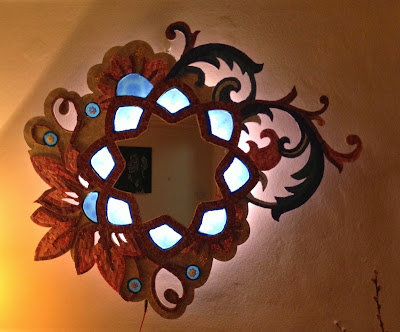 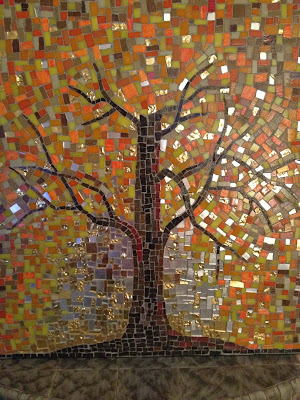