October 15, 2013
Rather a full day. Lorraine working at home today too, still nurturing her heel. I pushed on with the book, did more stuff connected with the infernal house sale,  and sloped off to the gym despite having a bit of a swollen knee, which after a long workout weirdly sorted itself out. Odd.

Called by my amigos in Tavistock Square to book me for the rest of the week.  Dawn called me too, and we are going to do a session together for gifted and talented children about poetry and advertising, which should be really good fun. Also called by Sophie about an advert for her too.

A rice and fish and steamed veggies supper, then I made off to the a bar full of Scandinavians called Northern Lights, where the Shakespeare Heptet were playing. I have to say they were absolutely excellent. Percussion, bass, banjo (Steve) and two guitars (Dipak and Richard), and a complex lovely sound they are making now was a bit of a revelation.

The Northern Lights a cool place too. Serving Scandinavian food, and Scandinavian drinks. Full of people too, including lots of people sketching on pads during the music.

Below the Shakespeare Heptet's setlist... And tonight they appeared as a five piece, and it worked a treat. 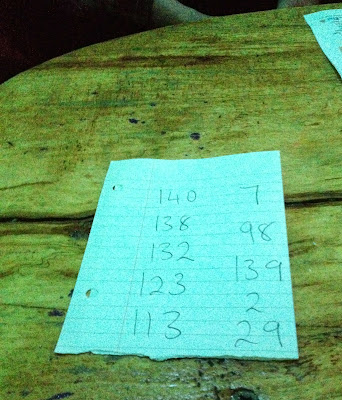 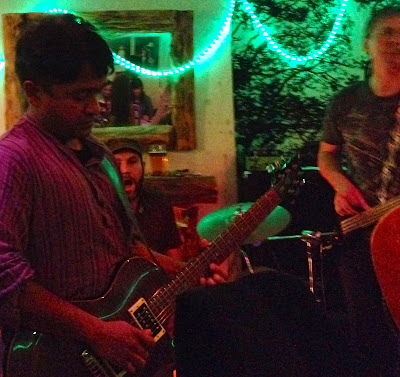 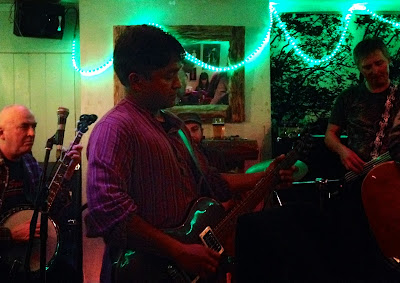 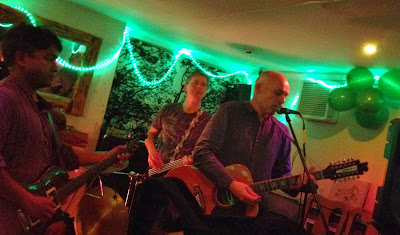 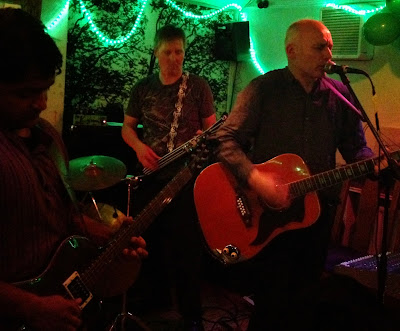