A box from NZ

October 03, 2013
Pouring with rain and, tonight,  a bit of thunder. Working on the book, then shuffling off to Starbucks to sit in the window and struggle with the last few bits of the book which are proving, for one reason or another, very hard to put to bed despite changes of scene. Although the section I am working on is no more difficult than anything else, it is proving for some reason really hard.

Later Mark our neighbour knocked on the door with a parcel the postman had delivered to him. It was from New Zealand, and was a present from Amanada who had sent us a prototype of a new game, called Get me to the church on time, which she customised for Lorraine and I, so that the games hazards include tiles featuring The Basketmakers and The Battle of Trafalgar and set the game in Brighton. Rather bowled over by this, and the thoughtfulness of it made Lorraine cry.

Then to the gym, where I pushed myself quite hard to compensate for not having gone this week. Another quiet evening in, much appreciated by me and Lorraine. I made a rather exemplary chicken soup which Lorraine and I lapped up.  A few Frasiers and bed.

Below what greeted me on opening the box from NZ... 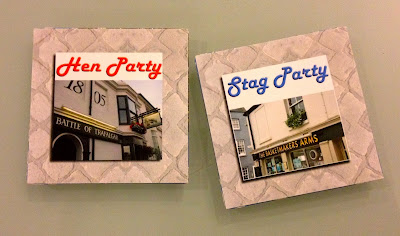 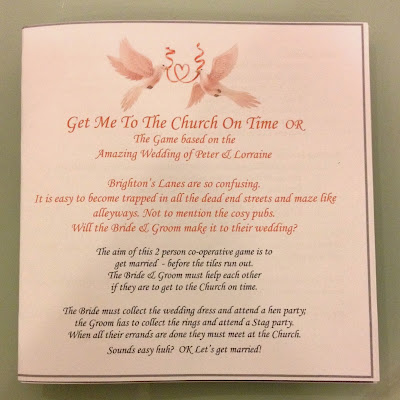 Get me to the church on time mandy Starbucks