March 15, 2015
Scooting about this morning in preparation for Mum and Mas and Robert and Tanya coming down. Really good to see everyone, and get to show Mum around the house, which she declared a good house. She brought a pot of fuchsia with her, a cutting from a cutting from my grandparent's garden in Guernsey. And also to give Mum a Mother's day card.

Calliope took to Robert straight away and covered him in hair and picked his jumper. Tanya worried that Calliope would lick her, and advancing a theory that cats kiss rats so Robert shouldn't kiss Calliope, because that would be like kissing a rat and he is her husband. Not that he was of course, because that would be bizarre. Tanya is retiring this month, after receiving a message from the fates by having a strange car accident where her car suddenly zoomed forward from stationary and ended up deep in someone's front garden.

Lorraine and Beth cooked up a roast and Beth made a bread and butter pudding from hot cross buns, with marmalade glaze, which I had two helpings of.  Nice meal and lots of chatting, then with Mas having a quick doze with Calliope in attendance, the rest of us went for a small stroll in the park.

John arrived to say hello to people, just in time to have a discussion with Mason about propaganda and US news. When it was time to go, there was much admiring of Roberts amazing electric car called a Tesla Model S, which looks fantastic, is eerily silent, has a dashboard full of technology. Being white it also had guano-attracting properties, the local gulls obliging while we were at our Sunday lunch.

As it grew dark, they drove off like a zephyr in the trees, with the loudest noise being the sound of tyres on the metalled road.

Spoke to the Tobster, glimpsed with shortish hair on FaceTime, once while everyone was here and then a bit later. Settling in to Ottowa a little now, and Meatball the cat has a cat tree to sit on and scratch.

Below Robert and Calliope, Beth brings in her pièce de résistance with Mason looking on, Mas and Tanya, Mum, Robert and his Tesla Model S which he says is the best car in the world. I know nothing about cars, and have no interest in them, but I was quite prepared to take his word for it. A lovely thing. 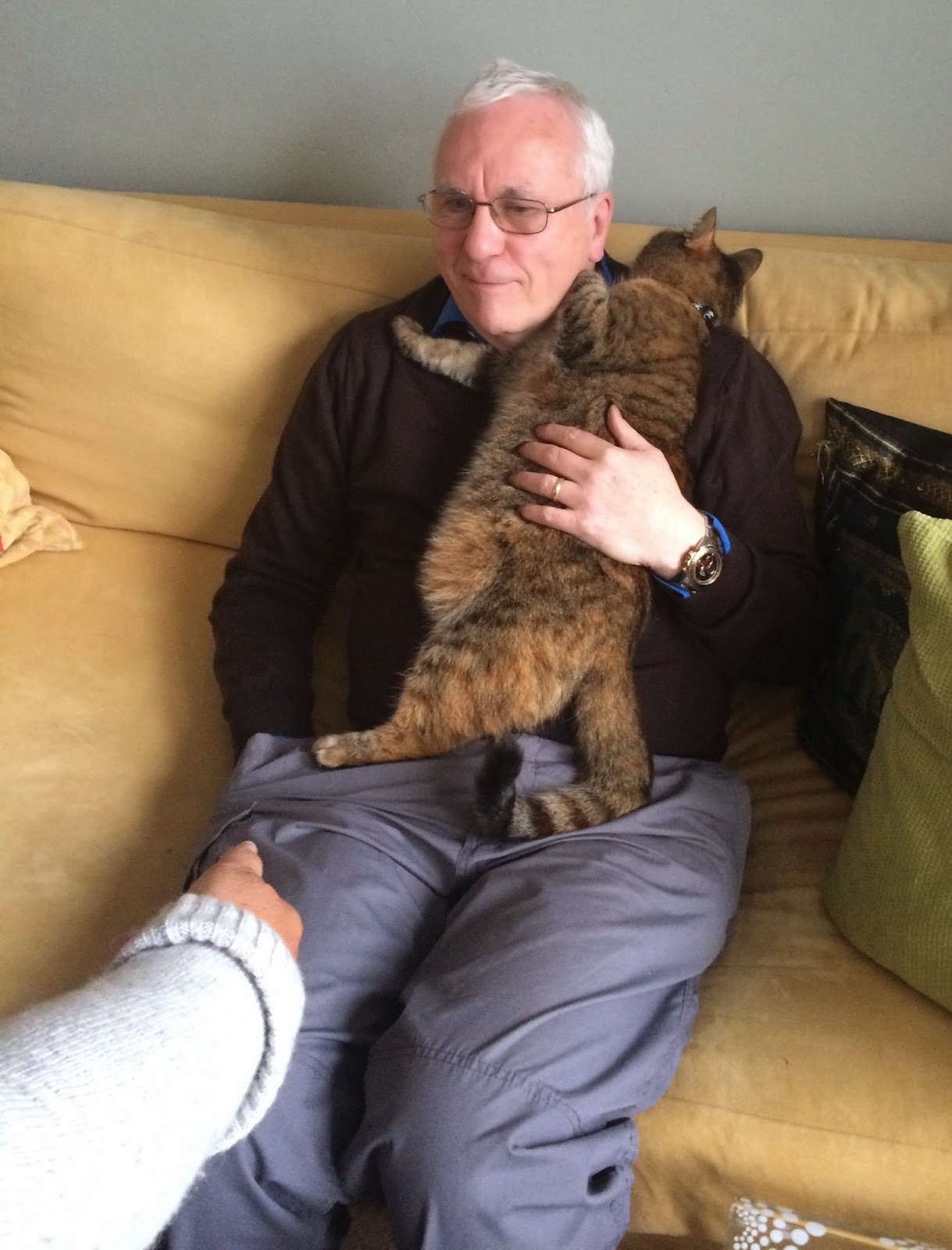 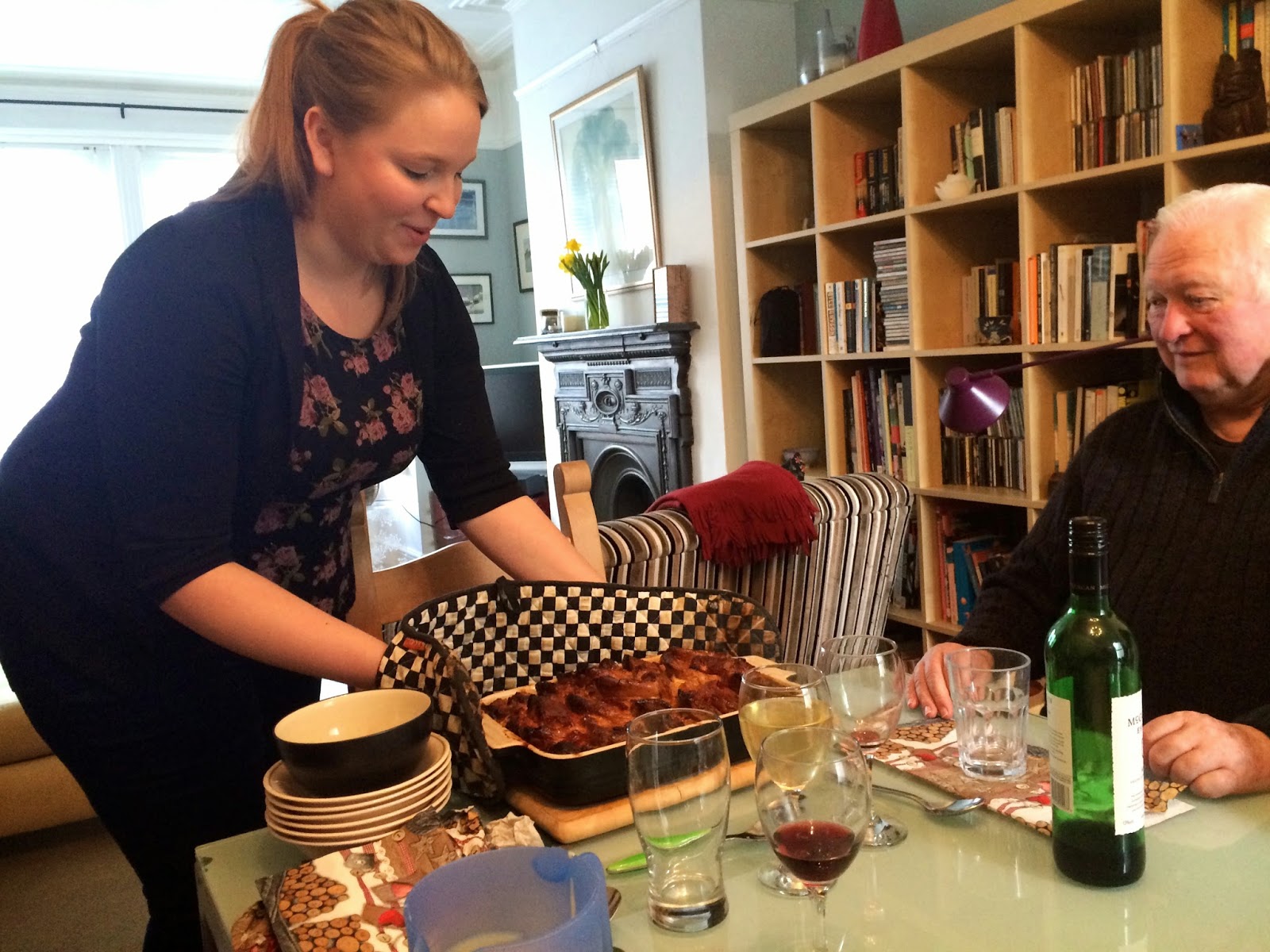 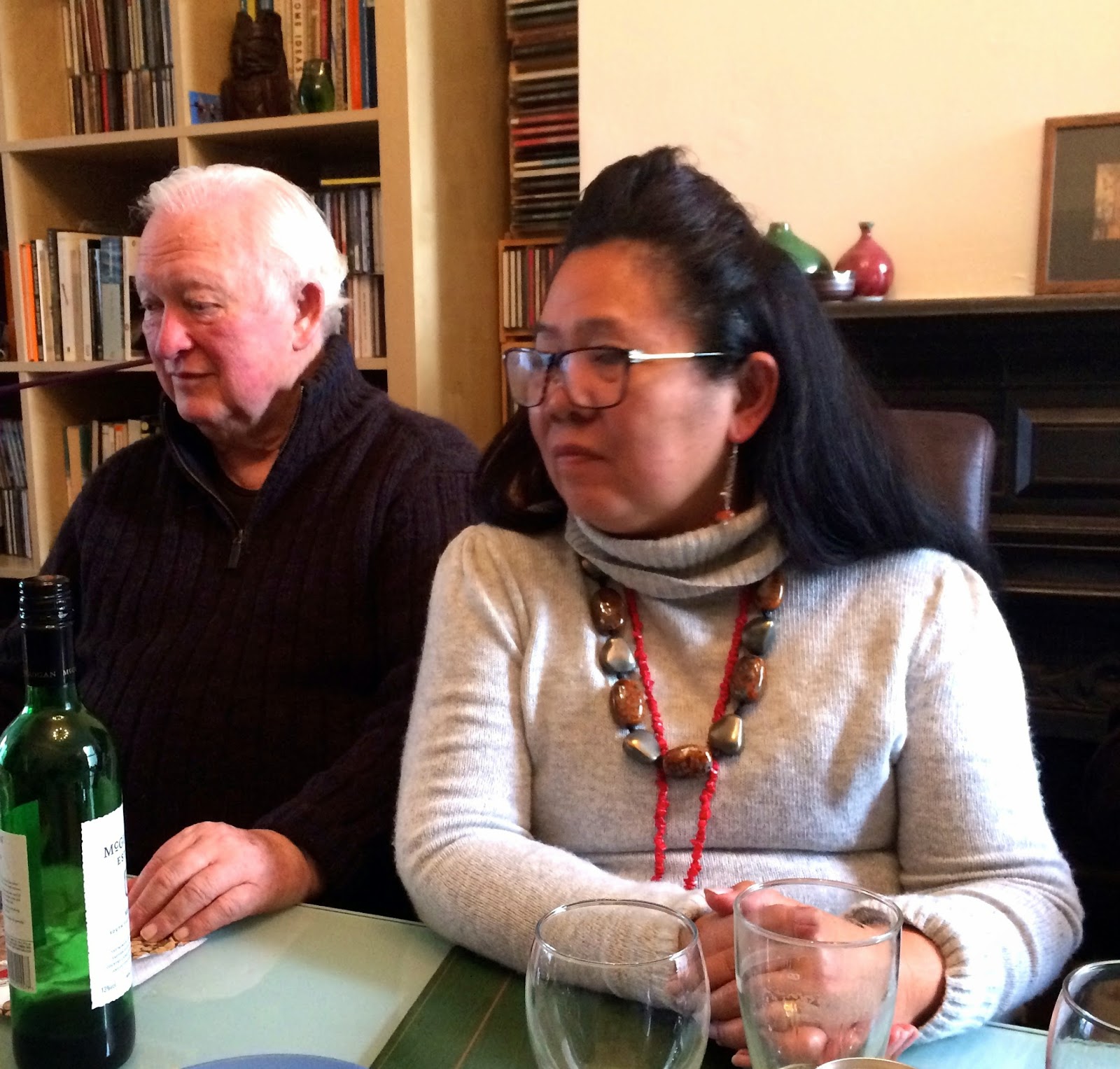 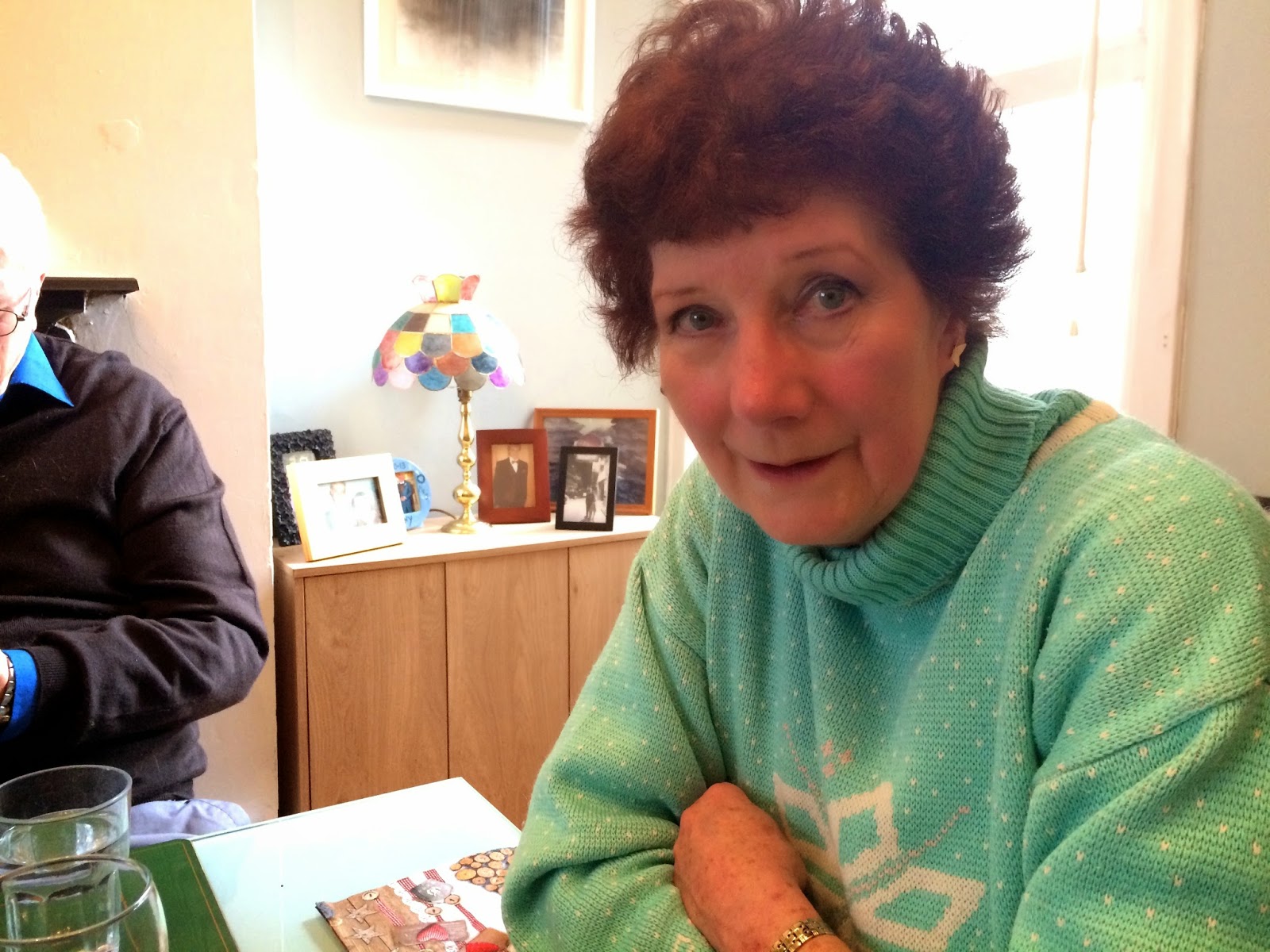 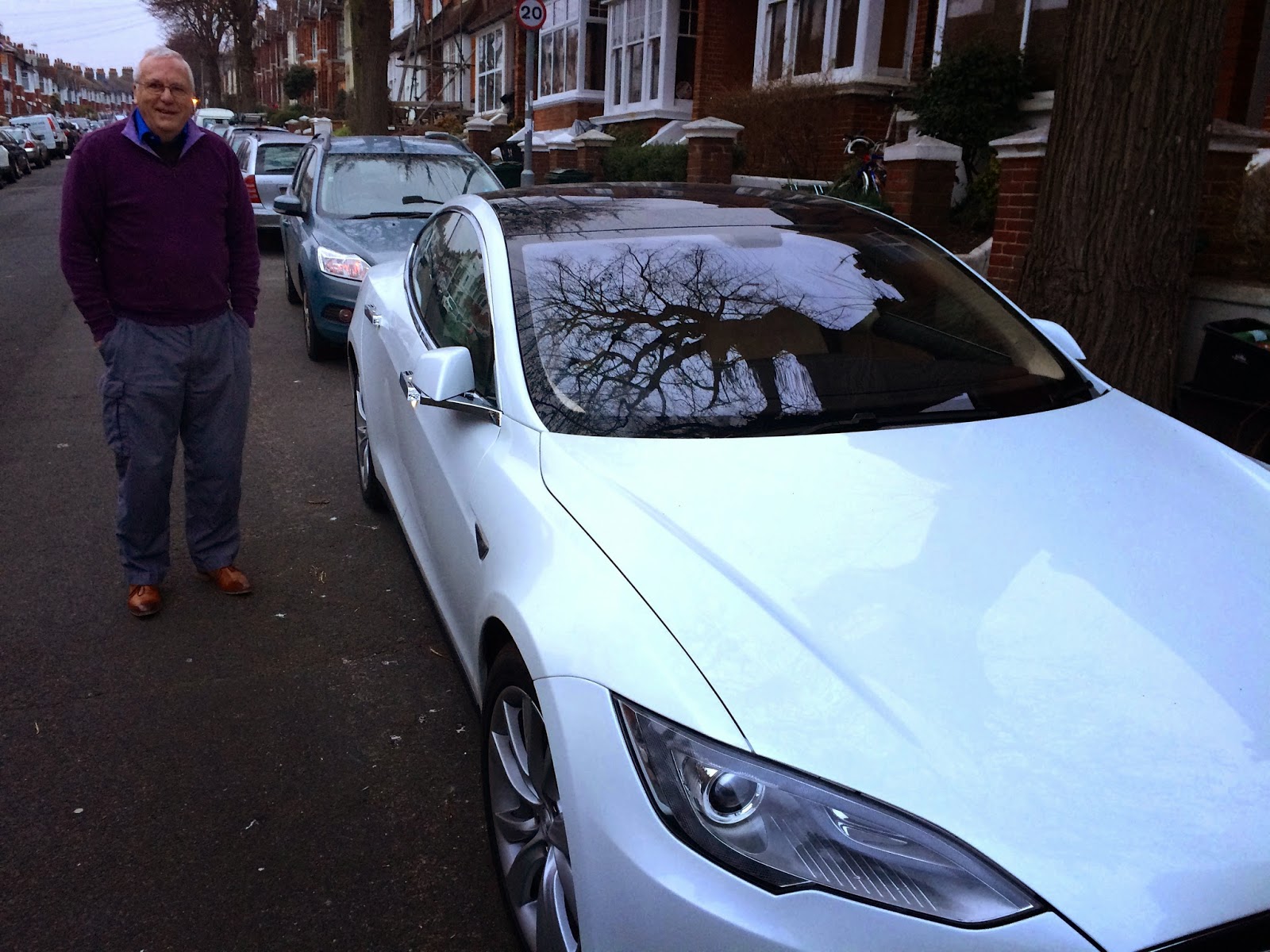 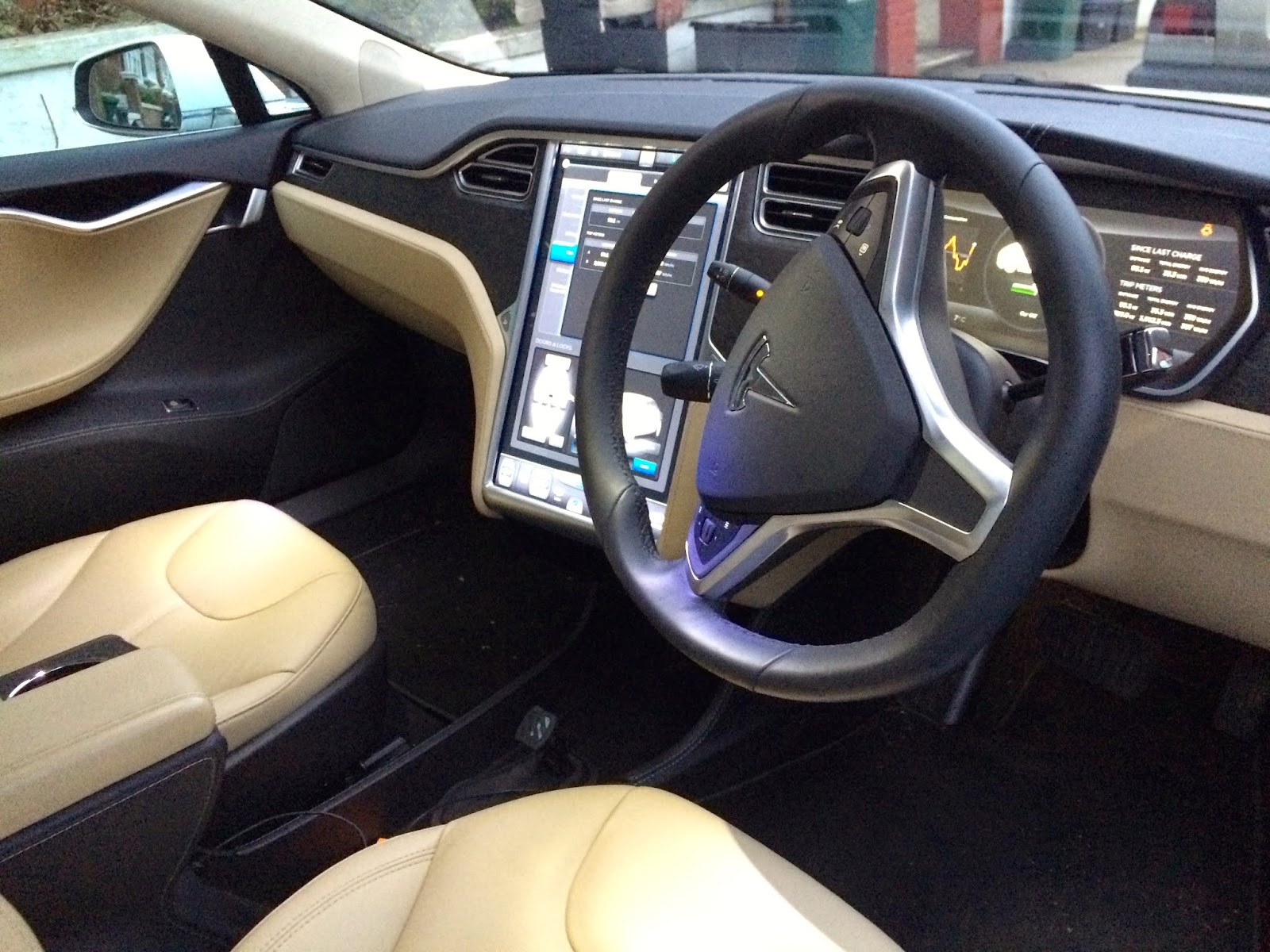