A day of friends

March 04, 2015
Off to Chiswick this morning, and to my dentist Lucinda, for a check up and to moan about a twinging tooth.  Settled back in the chair, and watched the tv screen above me as Lucinda investigated. On the screen was film of a whale corpse on the deep sea bed being grazed on by hagfish which bury their heads and raspy mouths in the rotting flesh. Nice. X-rays were taken and shortly after I was shown my teeth and their roots. The troublesome tooth okay for the time being, as I could see with my own eyes on the screen.

Then downstream to The Bull's Head, now calling itself 'Bull's Head' for some reason, where I met Matty boy and Stephen for lunch and a chat about 11 London. Really nice to get to know Stephen a bit better. A very amiable man, despite having broken his leg a week ago which was still giving him some pain. Like Matt he is a listener as well as a broadcaster, which is refreshing. Stephen hobbled home, and I abandoned plans to do some research in the Natural History Museum and instead had a slow drink with Matt. Jolly nice to be sat in my former local pub near a real fire with a good old friend and shooting the breeze about many and various subjects.

At five thirty I bade Matt a fond farewell then made off to Gunnersbury station and into town, where I met Nev in another of my favorite boozers, The Salisbury. Great to see him, looking almost unchanged. Now back after being in Australia for ten years. Nev and I worked so closely teamed together as art director and copywriter for several years, and so it was incredibly easy just to pick up the threads. Did my heart good to see him, and hear about his time in Australia and the difficult decision he had to  make to return home for his career.

Then the call of the seagull grew strong in me, and Nev had to leave for Northampton. Home and dozing, being particularly well refreshed, on the train. As I'd had no evening meal decided to stop off at Harley's Pizza close to where I live, where I bought a small and very poor pizza which I ate on the sofa watching some footie at 11pm, before I made my way upstairs to wake Lorraine up while attempting to get into bed like a cat burglar.

Below a patch of sunlight near the fire, and Isis Court, where I once lived. 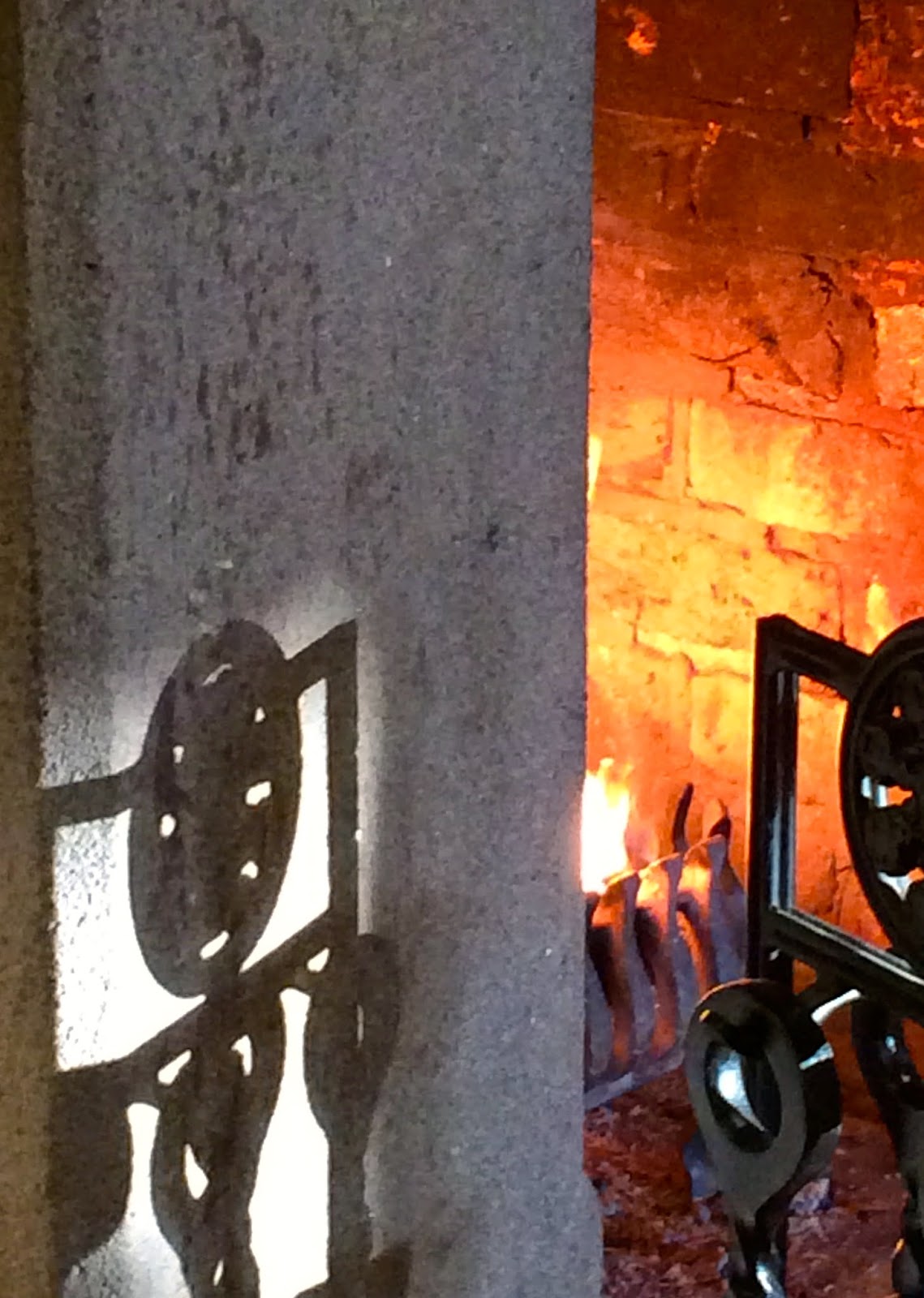