December 07, 2014
A positive lie in. Then Lorraine and I prepping and then painting the first coat of the lounge and dining room which took much of the day. Beth came home for a couple of hours too, and did some painting before travelling up to London to collect the rest of her stuff from her Dad's house.

A man also came and dropped three stools outside our door, luckily they were stools we had ordered and could sit on. And after the painting was done we assembled them and were able to sit in the kitchen, cooking, eating and listening to the pretty good Radio 4 series of The Once and Future King.

Later I FaceTimed Mum who it transpired had been having a wretched time. Not only had she and Mason have bad colds, but also a few days ago there was a problem with the cat flap which jammed open. Mum was woken at two o'clock in the morning with Felix and a bad cat fighting in her bedroom. She tried to intervene and got deeply scratched in the process. She was given antibiotics but then had to have them tripled in strength as the infection was tracking along her arm. Luckily she is on the mend now. A ghastly way to be woken up in the night.

To bed early, listening to music and finally catching up on this blog.

Below, Lorraine in DIY mode. Calliope emerging from an adventure under the plastic cover sheet. 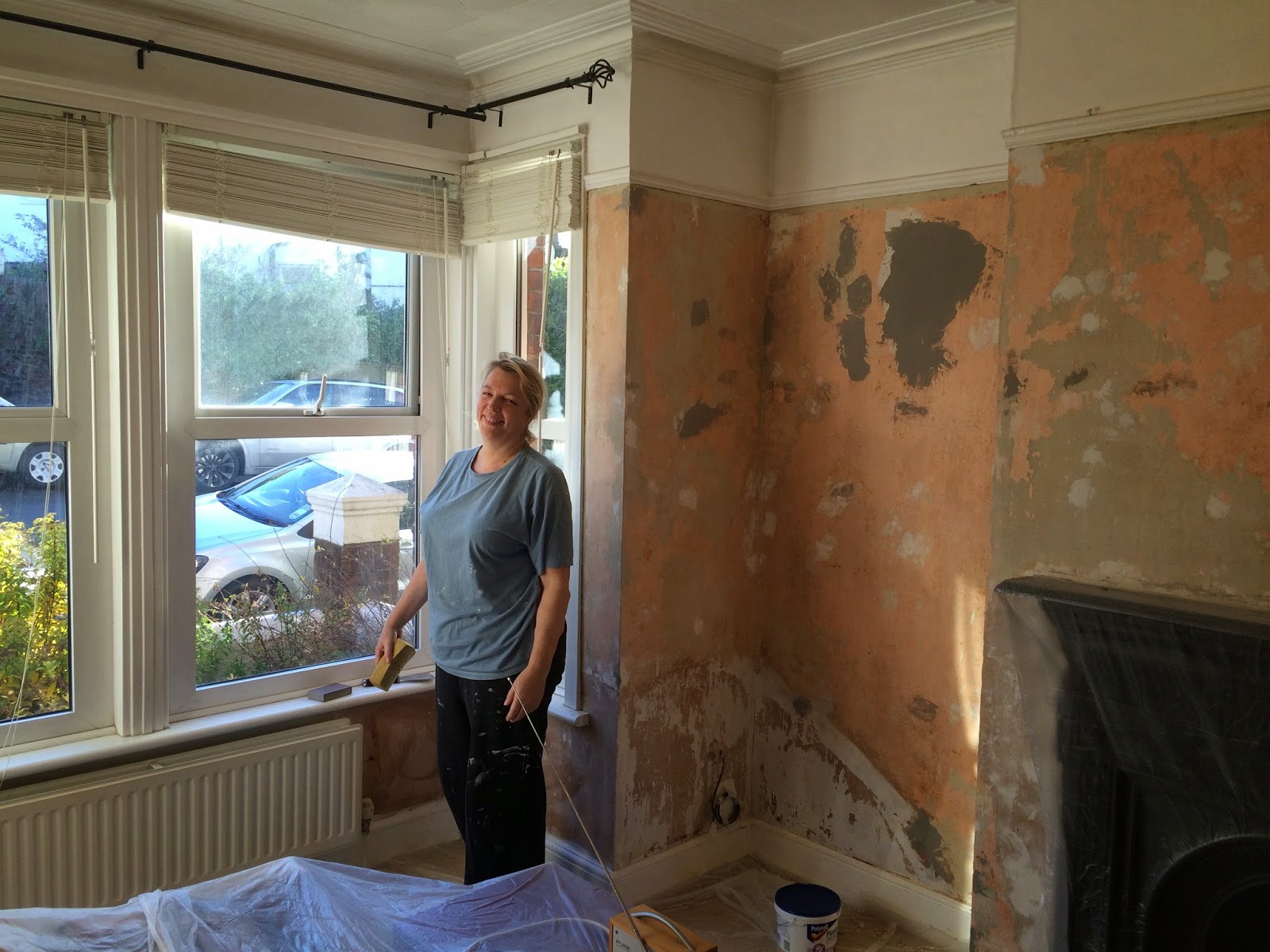 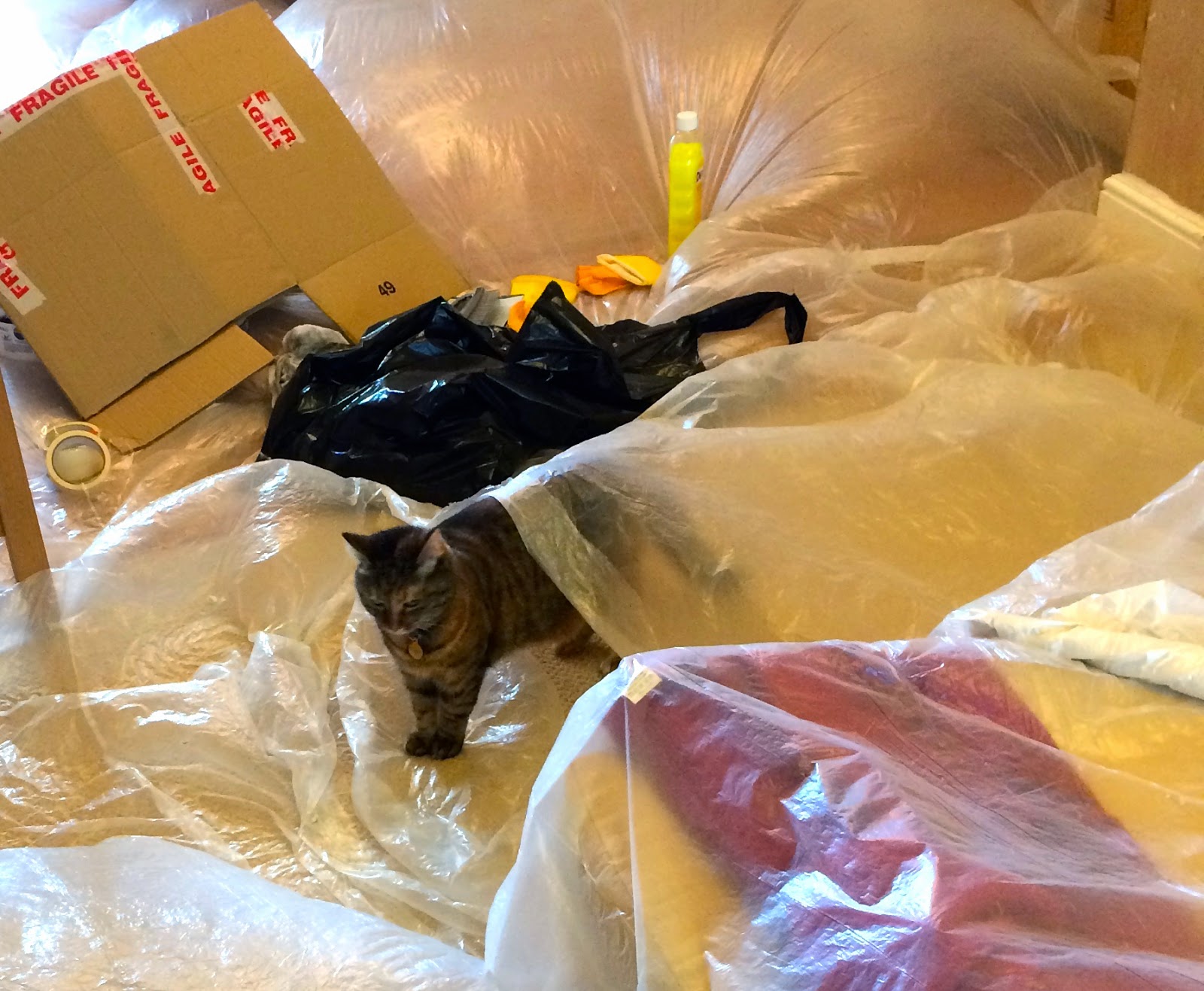 Beth Mum Radio 4 The Once and Future King