December 25, 2014
Our first Christmas day in Osborne Road. Beth the Christmas elf shouting Merry Christmas to everyone this morning, and coming up to Lorraine and my bedroom armed with cups of tea and her stocking, which she opened on the end of our bed. Then up and Lorraine and Beth prepared the turkey.

Then a gradual process of getting up and gathered in the front room where presents were exchanged. Santa was kind to me, with gifts including lovely cacti and a new jade plant, wireless speakers for my study, a bottle of bison grass vodka (flavoured by grass urinated on by bison in the Polish forest from Anton).

Much skyping this morning, with Derek and Laura in snowy Finland, Toby and Mum, with the Tobster just arrived after being speedily buffeted across the Atlantic. Also telephoned Mason, sadly stuck in hospital today, not in any physical discomfort but cheesing off anyway.

After a toast breakfast, a communal vegetable preparing frenzy. Then Pat and I were given permission to have a manly pint in the Preston Park Tavern again. Had a really nice chat with Pat there, and really good to be out of the hurly burly.

Arrived home in time, to help with a few last bits of preparation and to carve the Turkey. And it was quite possibly the nicest turkey I have ever tasted. A wealth of vegetables of course too. Cauliflower and leek in a cheese sauce, roast parsnips in maple syrup, roast potatoes, brussels sprouts, leeks, carrots, mushrooms in sage, plus stuffing, and pigs in blankets, Yorkshire puddings.

A general boofing out on the sofas afterwards, watching a variety of Christmas movies, including Big with Tom Hanks which is great fun.  I even crept away for a doze, not finding the gold sofa capacious enough. Then later there was Christmas pudding.

I called Janet for a chat, before heading back to more TV then everyone played a cheery game of Uno, at which I came last in for the second day running. Into bed just after midnight.

Failing to take photos for some reason. But here is the turkey being pricked, and Lorraine filming before we sat down for our Christmas meal. 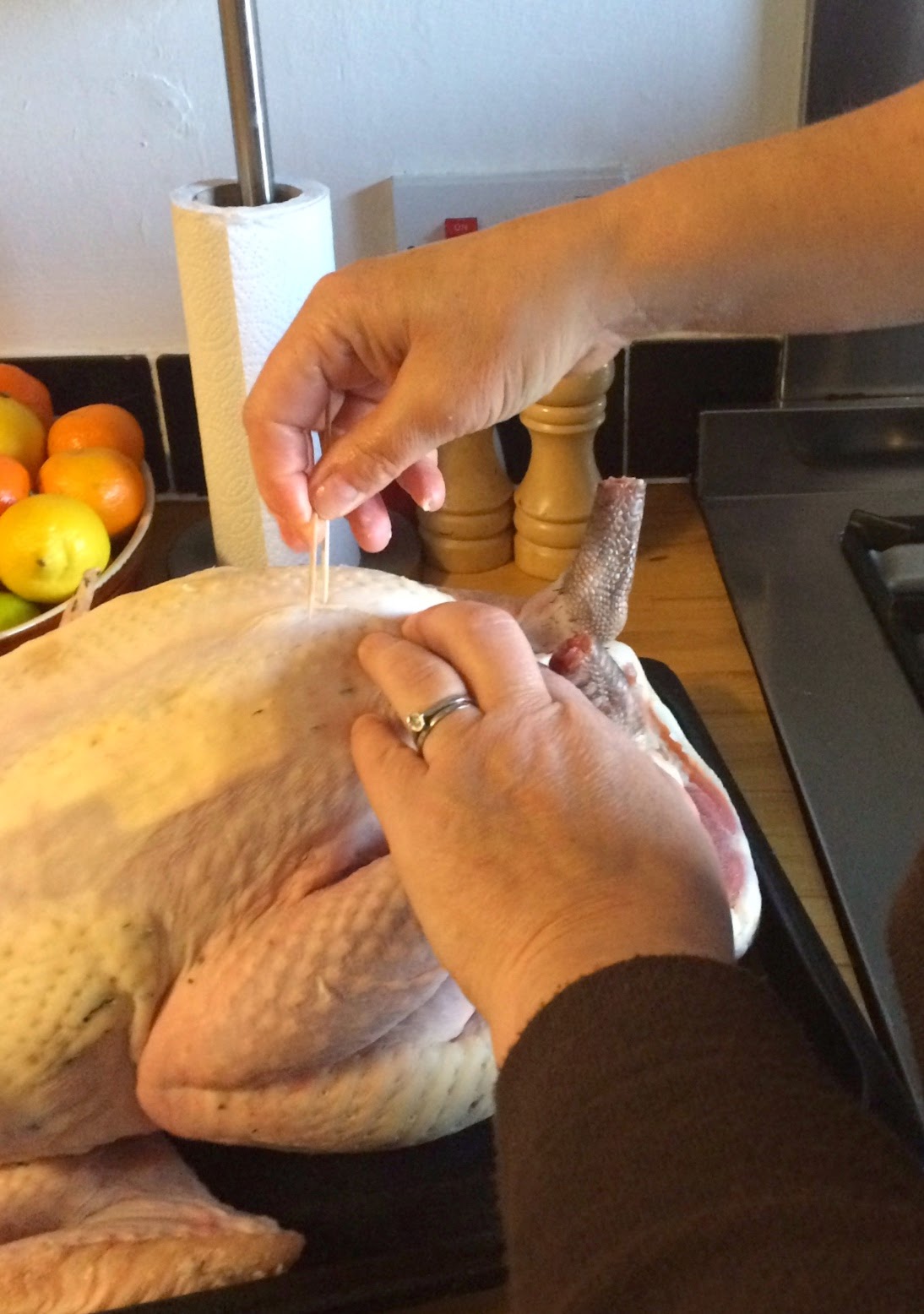 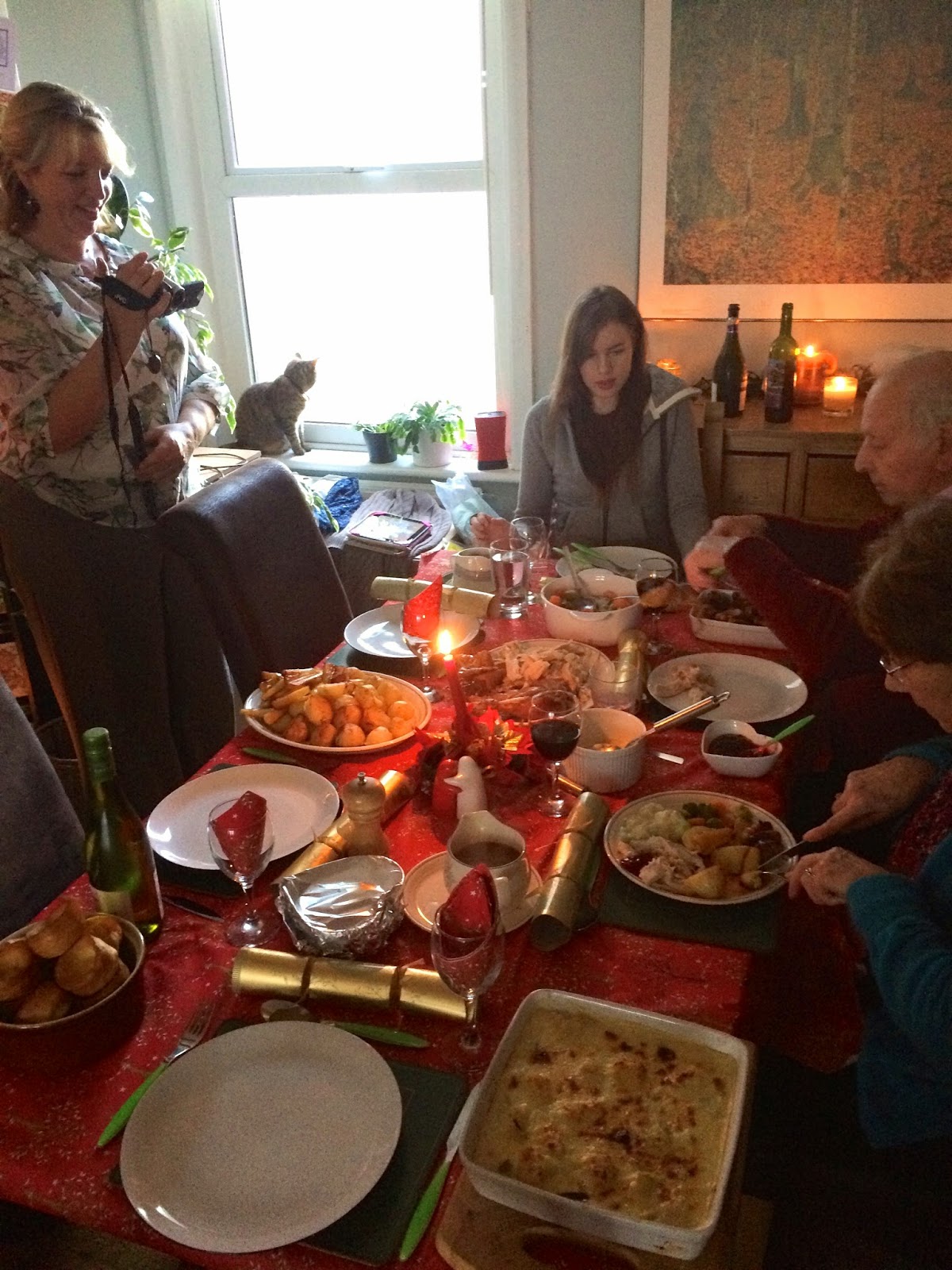