October 18, 2017
Off to London this afternoon. I'd been doing bits and pieces at home, but not very productively. I did some poetry and managed not to make things worse, which was nice.

To Victoria, and I walked down to Tate Britain, which is becoming my new favourite gallery. There was an exhibition there by Rachel Whiteread, who I have liked for years. She makes invisible spaces concrete. I didn't have enough time to go into the exhibition, but I looked at the big piece outside, which was a hundred spaces under chairs she had cast in what may have been glass or some kind of plastic. They looked like big boiled sweets. The problem I am beginning to have with Whiteread is that everything she does is an expression of the same idea.

I rashly snapped two of the Francis Bacon faces, and enjoyed it when I was looking at Jacob and the Angel by Epstien, which I absolutely love, a two women stopped and sniggered at it, and then one said, "ooh look he's got wings!"

From there I walked along the river, past the houses of parliament, along Whitehall, through Trafalgar Square and into Soho. Feeling weirdly glum but was greatly cheered by Bob calling me. By the time I reached The Nellie Dean on Dean Street, where I met Robbie, who told me that he might be working at the agency I'm starting at next week.  He has worked there before and told me it was a really nice place with good people. This is a relief. Also met Ian, who was my boss when I worked in Hammersmith and I hadn't seen him for years. Pat Norrie turned up and then Barney, and Clare, and I enjoyed chatting to them very much. I got quite drunk drinking on an empty stomach and fairly free with my opinions. Barney is now working with my old pal Reuben who is doing very well at work these days.

Grabbed a cab outside The Nellie Dean, and zoomed to Victoria then home. Cheese on toast after I'd said hello rather talkatively to Lorraine.

Below the Thames near Pimlico, the H of P, inside Tate Britain which seems a bit magical when you elude the crowds. And two Bacon faces. 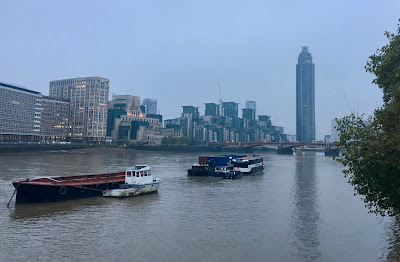 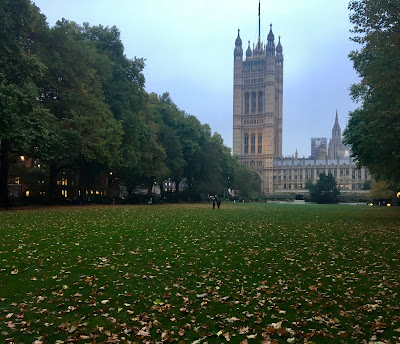 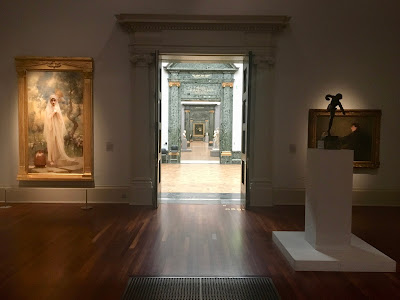 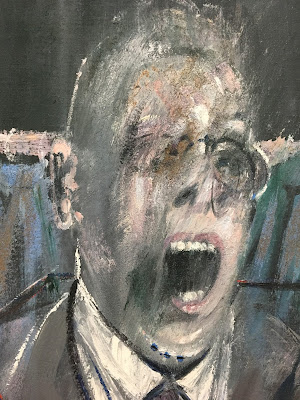 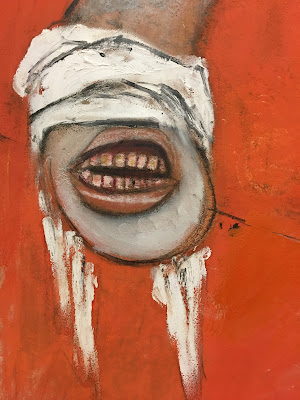