November 16, 2014
Off with Betty and Lorraine to Ashford today to see Maureen and Pat, as we have things there we needed to collect, but once we were there I decided that one of the items, a fridge, shouldn't be transported on its side in the back of the car.

Maureen cooked a particularly nice Sunday lunch which we ate with much enjoyment, despite Lorraine being told off for not putting the vegetables on the plates with enough neatness.

Pete was also there, popping in and out and playing tank warfare games upstairs. Luckily he has agreed to drive the stuff we have stored in their garage to our new home, when we get there. Lorraine also advanced the theory that having a footlong beard, Pete's pride and joy, didn't show off his handsome face enough and rolled it up to demonstrate as only an aunt can.

After lunch Beth read out the long list of Christmas treats and foods that we had constructed last night to last us over the Christmas period, which we had done last night instead of brooding on the bad stuff.

Pat said they have a Guernsey Lily in their front garden, and went out to look at some of the freesias they'd bought in Guernsey, which were still flowering.

We had to leave early to return to Hatewards Heath, as Lorraine had about five hours work this evening, Betty sat on the gold sofa watching Big Bang Theory on Lorraine's iPad and I read Karl Ove Knausgaard's A death in the family, being the first volume in his work called Min Kamp, or My Struggle that Toby ordered me to read. Knausgaard namechecks Proust in it and I can see why as it is slow and thoughtful, but really interesting.

Below Betty giving Maureen an iPad refresher course. Maureen surprised to find pictures of herself and Pat on this blog, and descriptions of her doings. 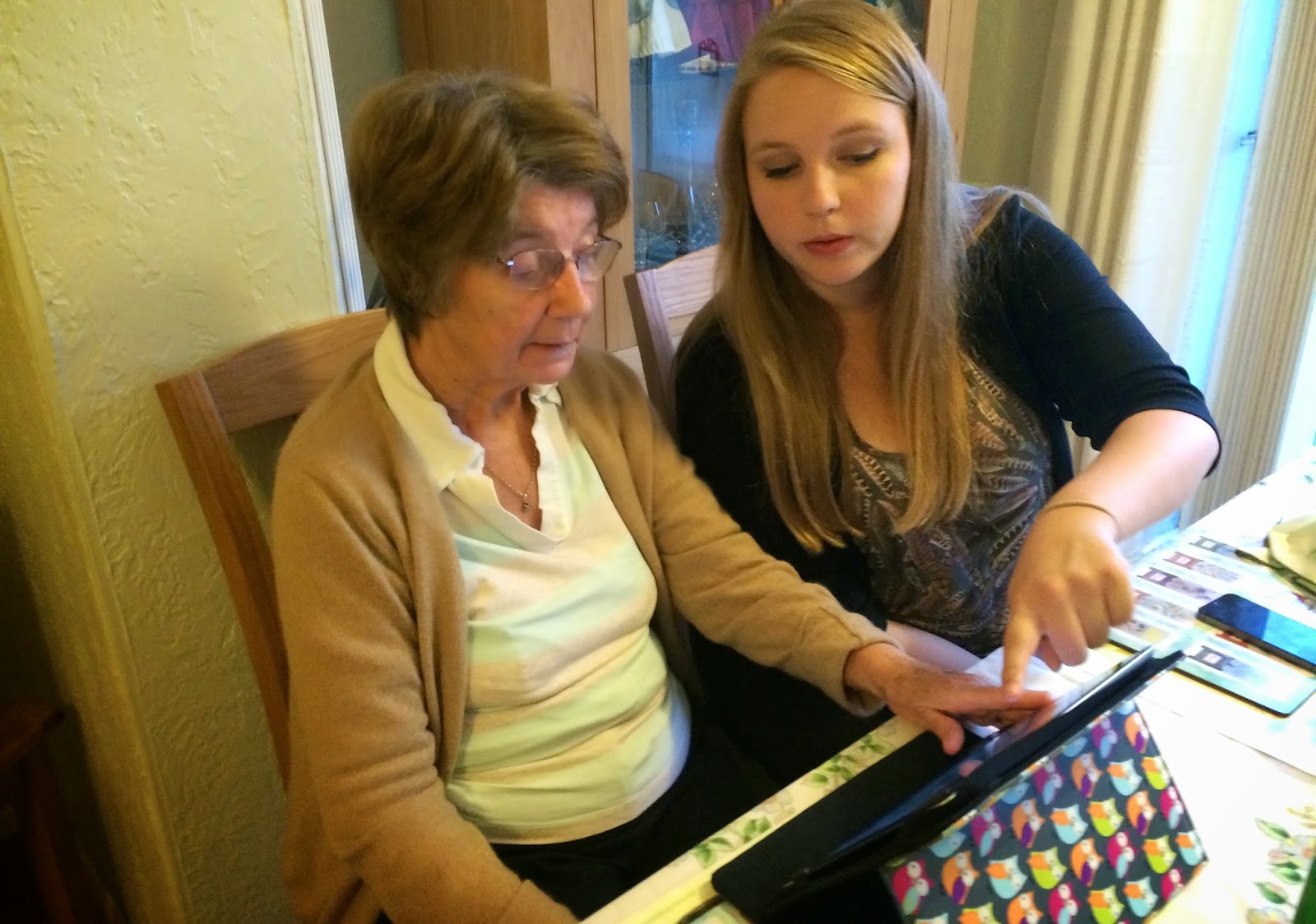