Bold as a biscuit

November 30, 2014
Awake and marvelling at the view, seagulls thumping on the roof above us. Our cats looking down on the birds below them with carnivorous longing.

We started painting my study today, as being able to get going on my work is a priority. However the crown white paint we bought on offer is dire and watery. The biscuit does not want to be beaten, and shows through sturdily.

Then Lorraine and I started an experimental scraping of the bobbly biscuit wallpaper downstairs. Hearteningly some of this came away in big strips, and we'd managed to peel a good 40 percent of it off in an hour.

Beth returned this afternoon, and later John arrived. Anton, Klaudia and Oskar dropped by, armed with cards and a bottle of bubbly. Anton going somewhat greenish at the view on the 4th floor, especially when we opened the doors and the children leaned over the rail. The children enjoying going into the walk in wardrobe, and then having the lights turned off on them.

Later Rosie came for supper, armed with delicious heart shaped cheeses. And we all had a roast, rather a lot of wine and beer. Rosie is about to move in the next couple of weeks too, and so going through the last ghastly bits of her Hove move.

Below the view from our bedroom. John, Oskar and Klaudia lurking in the new house looking less biscuity than in reality; Rosie's heart shaped cheeses, neither of which survived the night, and Rosie and Calliope. 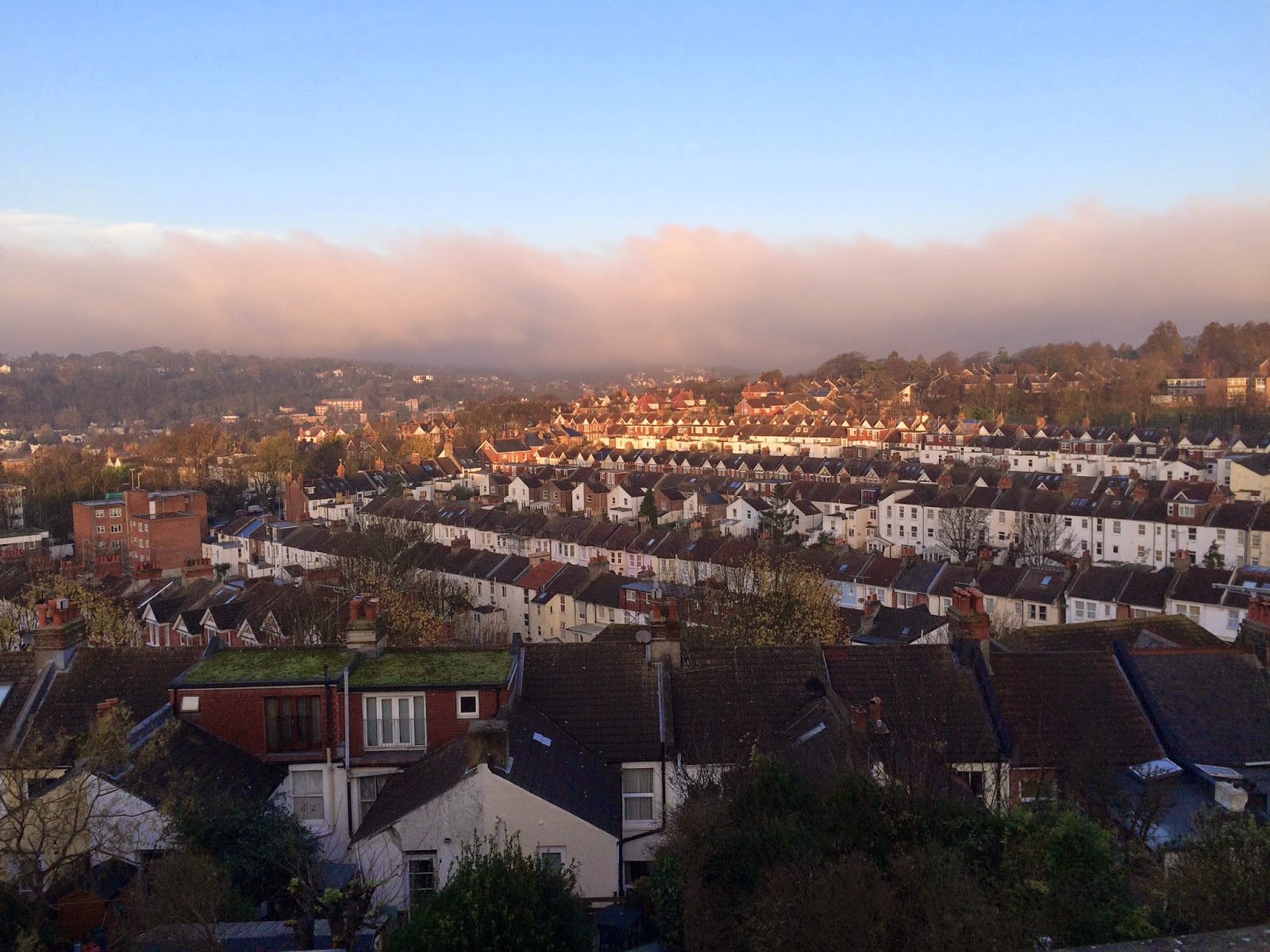 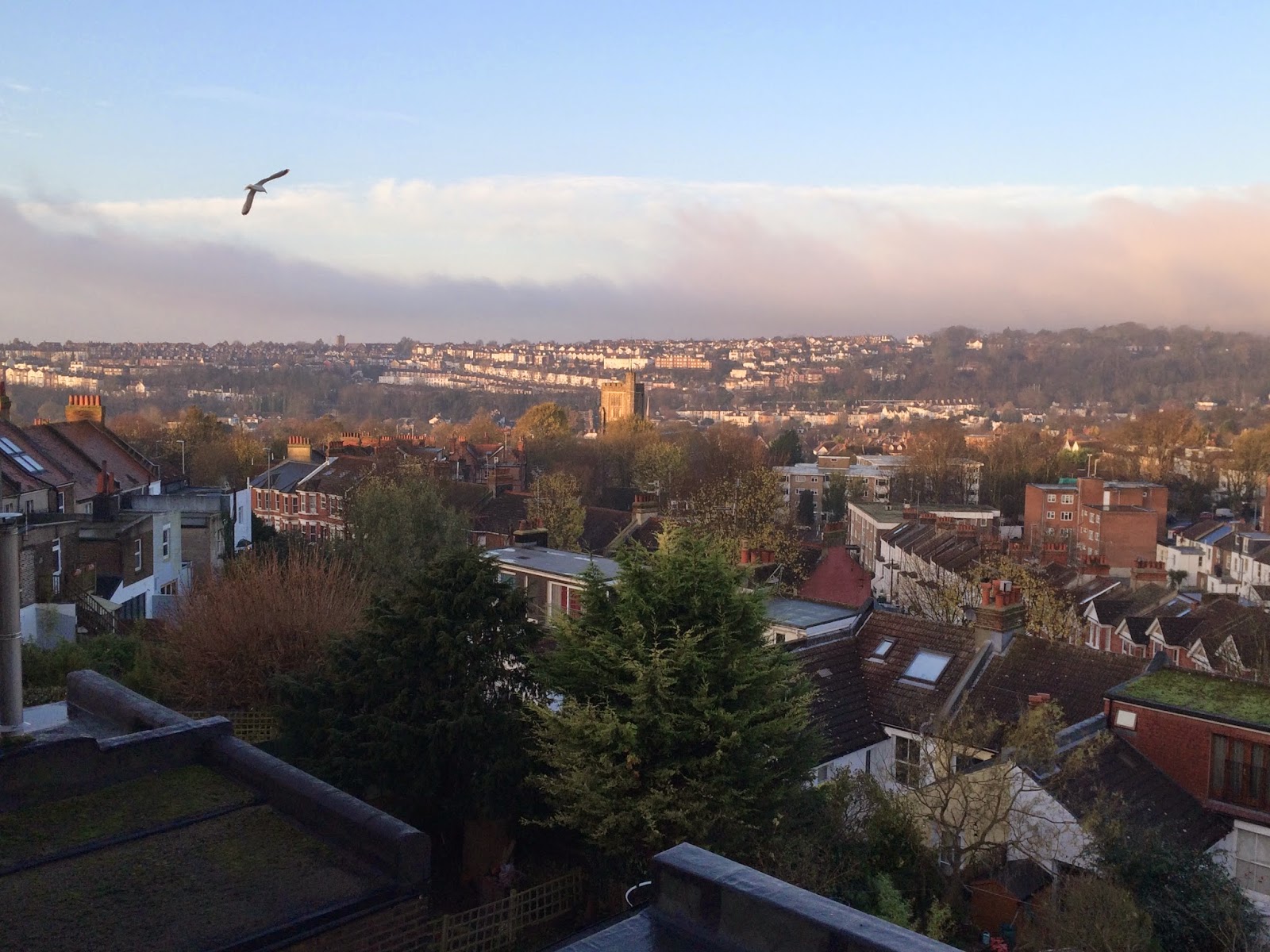 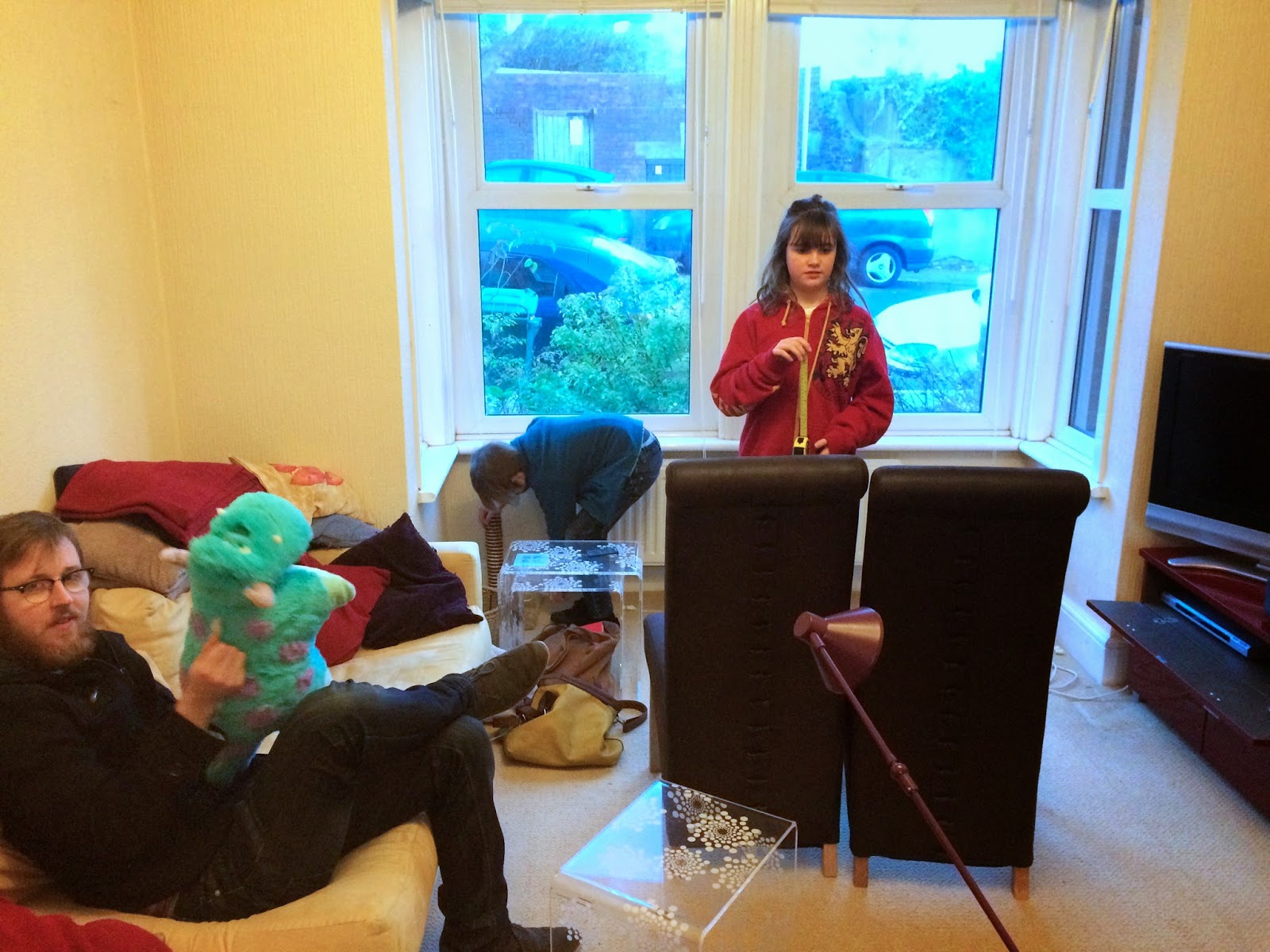 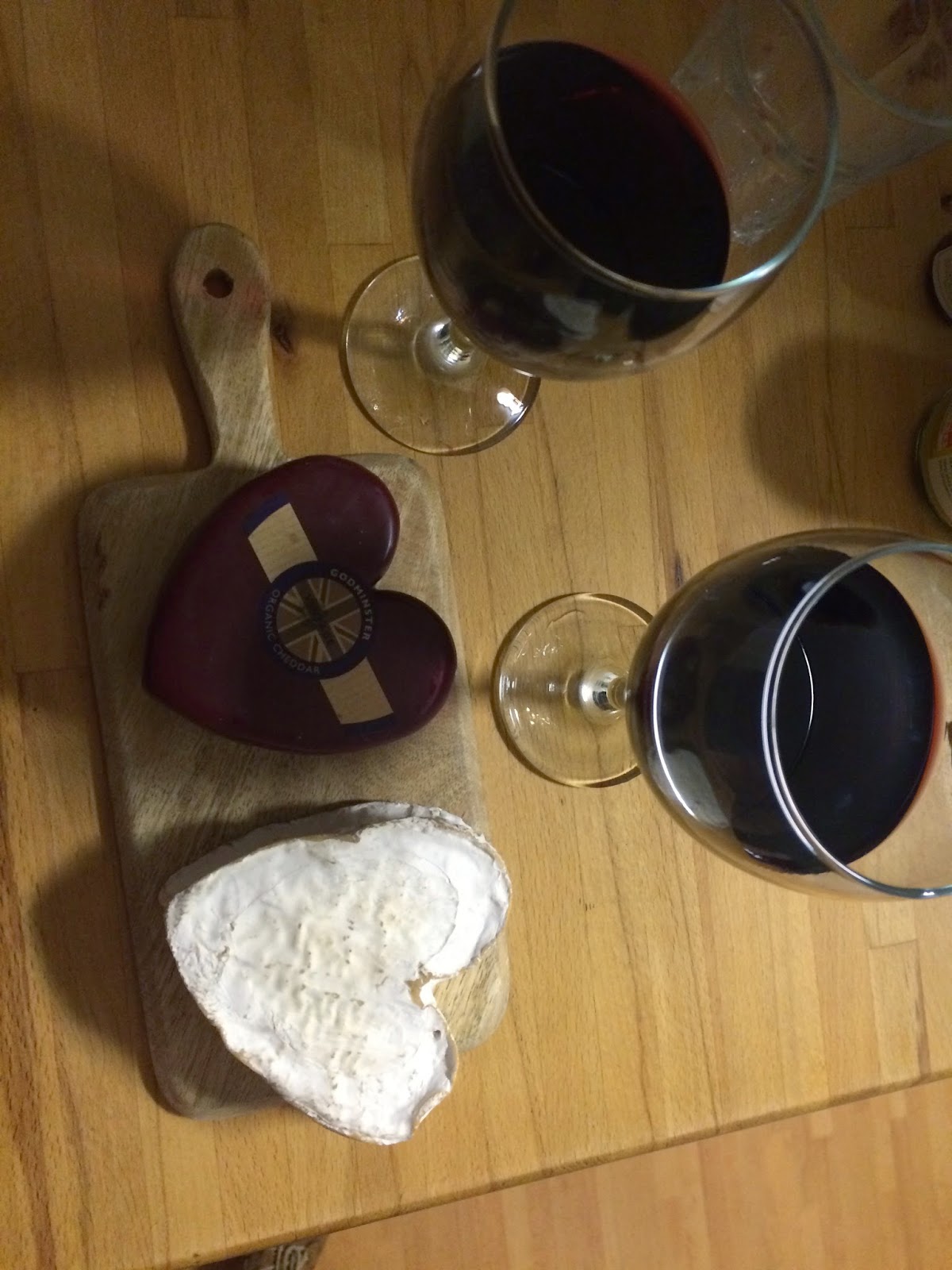 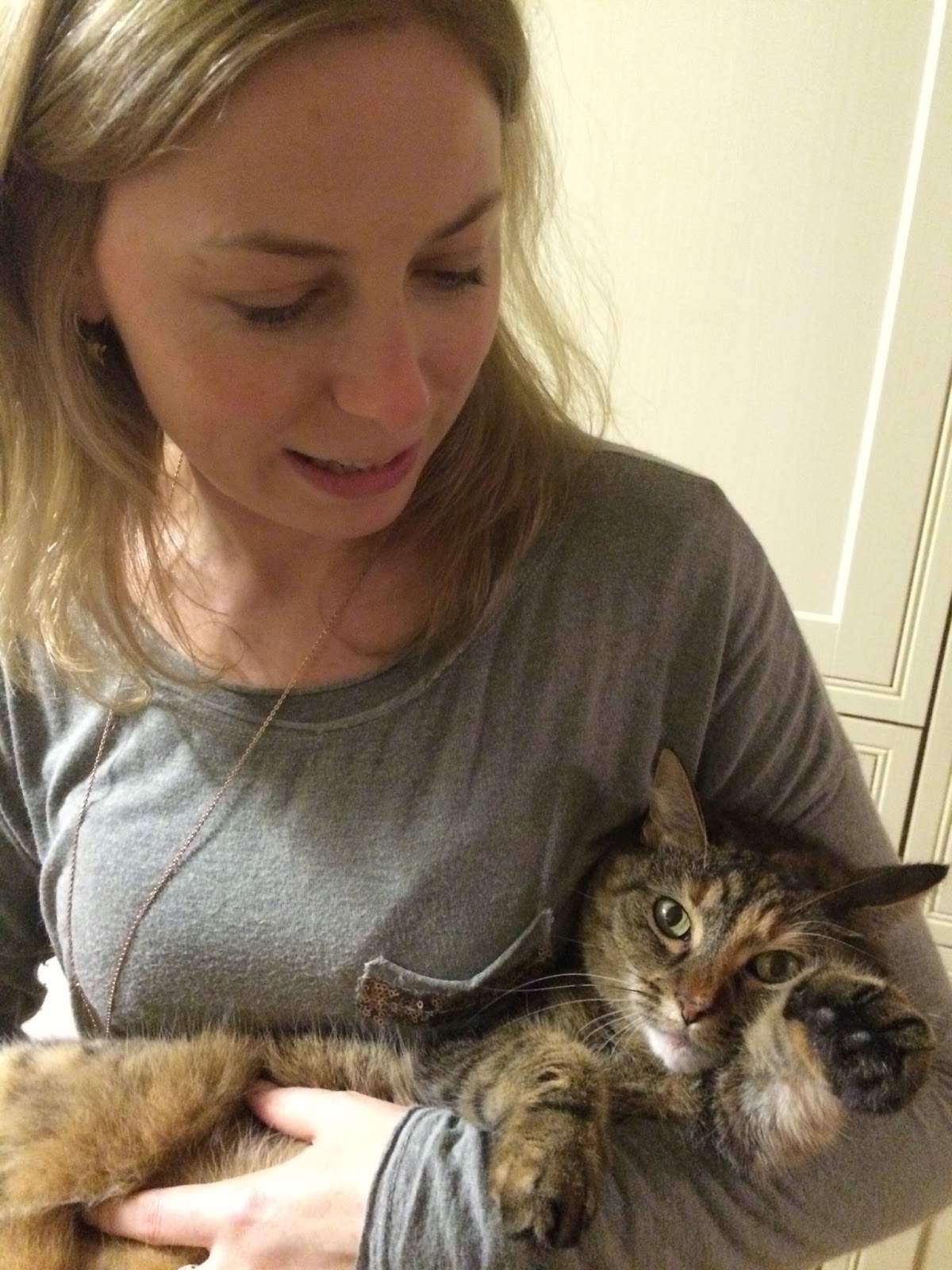 A said…
Neufchatel? Our local cheese in Normandy. I keep it until it goes black. Delicious. Lovely view. Creative department should be in the basement, though. Otherwise they just stare out of the window all day....
10:00 am