December 03, 2017
A late start today, Lorraine and I finding it hard to get out of bed.

Looking at deciding what needs to be done in the bedrooms we have just had painted. But not for long, as I had to start getting ready to travel up to Edgware. Lorraine dropped me off Brighton Station and the journey took a bit under three hours. Arrived at around 5:45 and I phoned for some Chinese food, which Mas and I scarfed happily, then watched a Spiderman movie that was on TV, Mas chatting about life in Hollywood for a while, and how all the actors who played bad guys, such as Ernest Borgnine who we happened to see as he was channel surfing, were friendly when encountered in coffee shops.

To bed, early-ish after speaking to a tired Lorraine, who had been working on school stuff all afternoon. 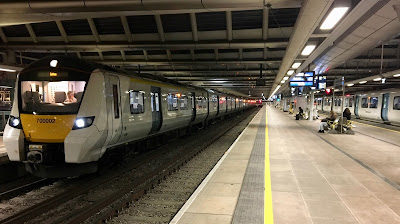