Mixing it up with Bob

Friday, and up to the smoke to see Bob. A fine way to spend a Friday but felt curiously twitchy about being in London as I was waiting for Bob. Still, nice to be getting off at Blackfriars and sauntering down the South Bank towards the Royal Festival Hall, chatting to Mum on the phone. I know the South Bank very well having worked there for a couple of years, apart from all the visits.

Met Bob outside Folyes and after a bite to eat and a cup of tea inside the RFH we went to Haywards Gallery and spent a happy couple of hours mooching around the Hayward Gallery looking at an exhibition of contemporary painting called Mixing It Up: Painting Today.

It felt great to be presented with work that stretched me, rather than looking at stuff that was simply decorative. Bob and I mooched about discussing paintings at some length. Several works I found really excellent. Kudzanai-Violet Hwami's picture Family Portrait, made me feel uneasy but we were chatting about it for ages. Pictures by Gareth Cadwallader were small pictures, that at first glance look quite conventional, but there is a disturbing fabulousness about some of the details. The trees which at first glance look normal, are actually anything but. Andrew Pierre Hart had these amazing dark blue paintings suggesting landscapes but also with groups of hidden people in them. Lots of artists seem to be using this overlaying technique. Loads of other stuff in there of great merit. I would have bought the catalogue, but it was sold out.

Art is thirsty work, and Bob and I loped over the river at Blackfriars, and had a nostalgic drink in Ye Olde Cheshire Cheese. Lovely to be in that ancient little bar again, that Bob and I have dropped for at least thirty years. I always like the idea of following in the footsteps of Dickens and Yeats and other literary luminaries. We also stood outside The Seven Stars, another favourite old haunt, before Bob bought me a really nice Thai meal.

Had a cheeky beer outside The Blackfriars before I hopped on a train, which took me straight to Preston Park. A bloody good day, and excellent to hang out with Bob again.

Below a shot nicked from the Hawyard Gallery site, of the Family Portrait painting by Kudzanai-Violet Hwami, and a detail I snapped. I found it quite a horrific painting, but undoubtedly brilliant. Gareth Cadwallader's weird and beautiful painting that made me think of the novel Jonathan Strange and Mr Norell. And a blue painting by Andrew Pierre Hart. Then Bob and I drinking beers in Ye Cheshire Cheese, and Bob standing outside the Seven Stars. 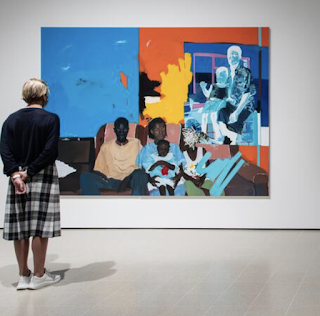 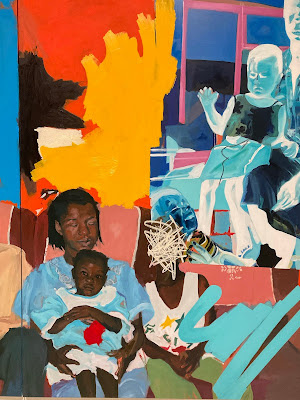 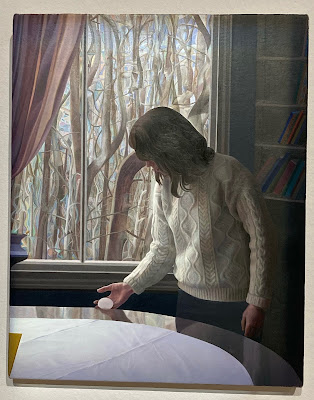 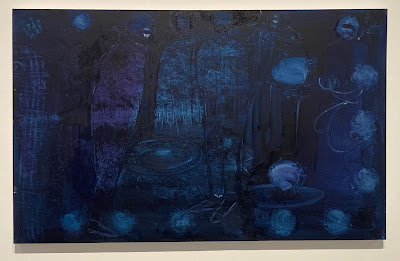 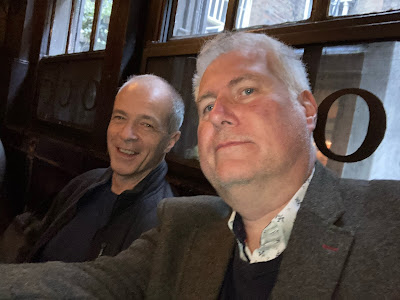 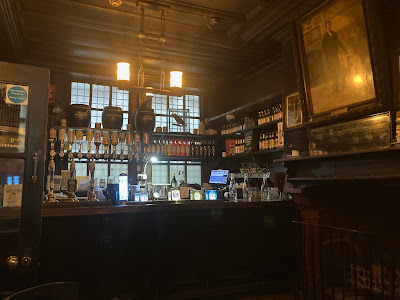 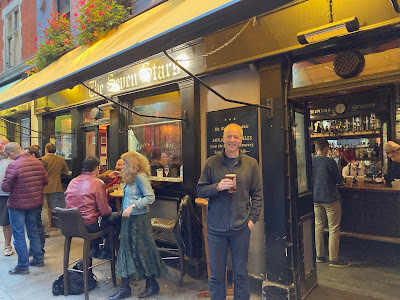