Smiling in the Salisbury

October 16, 2014
Blearily up to London to Tavistock Square again, for an honest day's work at the cattle diseases coalface thinking up some new concepts. Finished Paradise Lost this morning on the way to work, which felt like something of an achievement. Only took me thirty odd years. Jolly good it is too.

After work I walked down to The Salisbury pub to meet Marja, who I hand't seen for about three years, and Anton, newly back from a trip to the States where he failed to see Toby, but had a good time nevertheless.

Marja is Finnish and ridiculed my pronunciation of Tampere, where Laura, Derek and Claudia live, as I had mentioned that the number of Finns in my life was increasing. Marja currently editing an upmarket magazine called Darling based in Kingston where Beth was at college and seems in good spirits.

We then walked across the river down to Gabriel's wharf, weirdly for me it was the second time in a week, and had a drink there where we used to go when we all worked together. Then  Anton and I caught the train home to Brighton, and had an absolutely final drink in the Battle of Trafalgar as there was much to discuss.

Beth back from Egypt today, but already fast abed.

Below Anton, Marja and I smiling in the Salisbury. 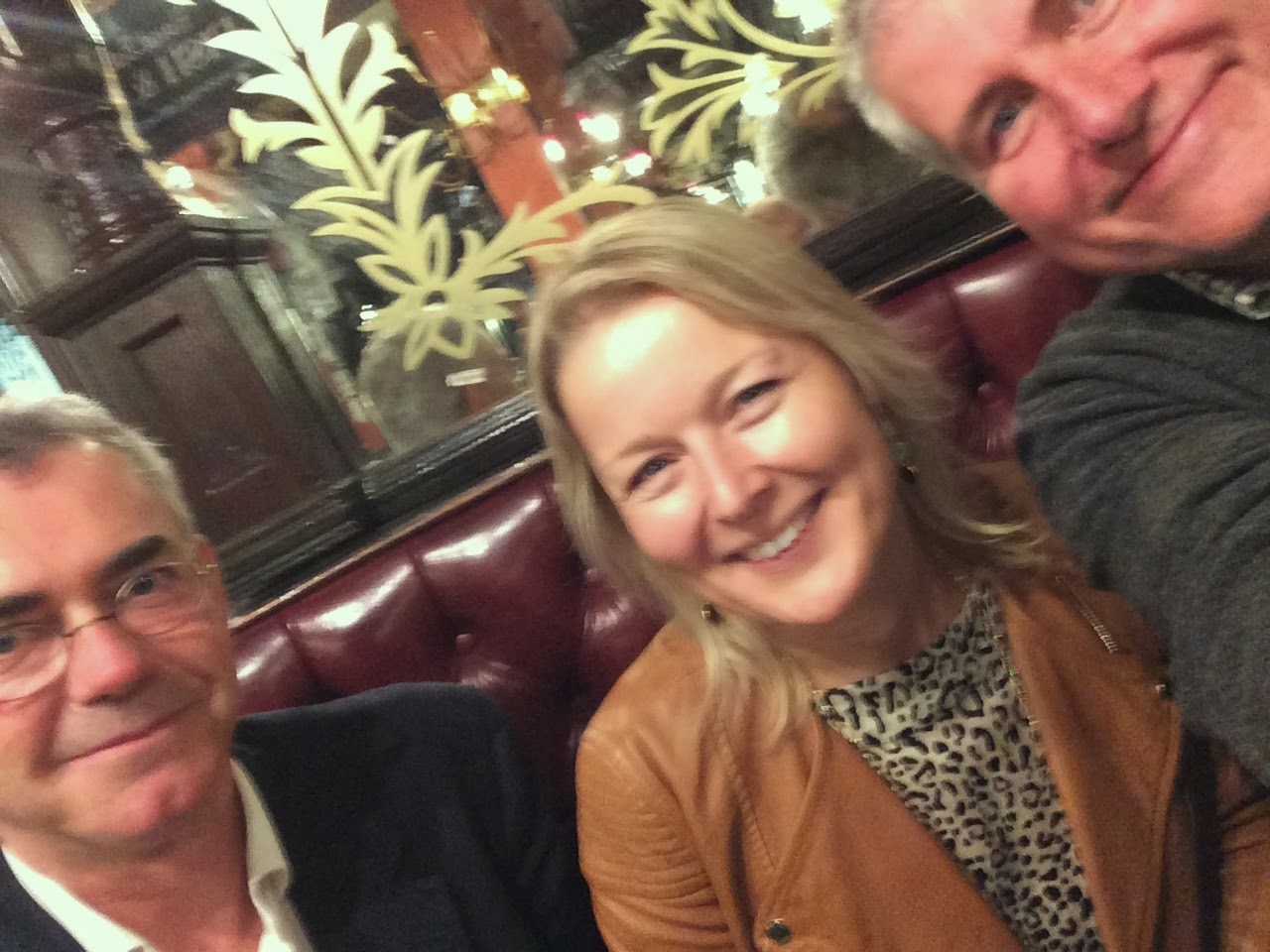