Heroic walking today, much of it in the teeming rain to Symonds Yat. After fruit pancake breakfast, we drove up to the top of Symonds Yat, and just before we got out of the car the heavens opened. Nevertheless we had a walk up to the viewpoint, to look down on the river and the beautiful scene.

Then we drove down to the riverside, and had a long walk along the river, after pausing in a hotel bar to have a rather nice baguette with salad. Lorraine went to the bar to pay, and the ticket said that she had payed French Dave, which made us laugh.

Happy to head upstairs again for an early night, legs tired after what had turned into a long walk.

Below views on the top of Symonds Yat, and by the river and on the wobbly bridge and a nettle leaved bellflower. 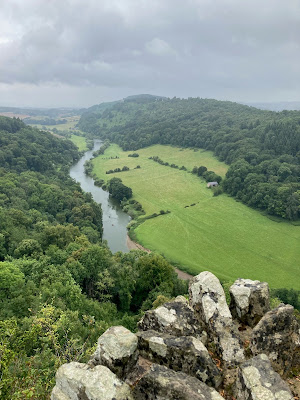 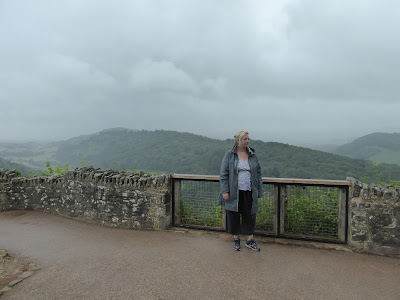 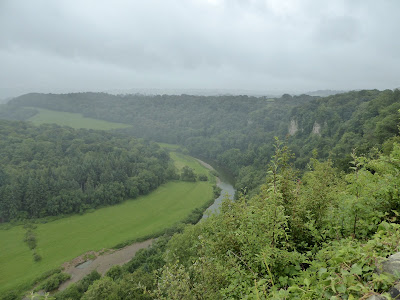 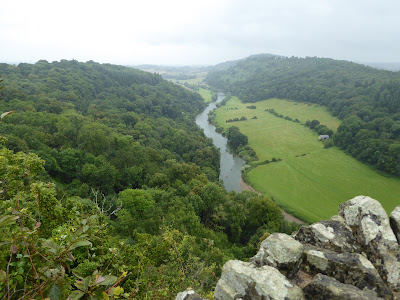 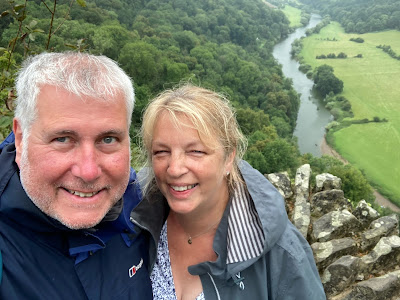 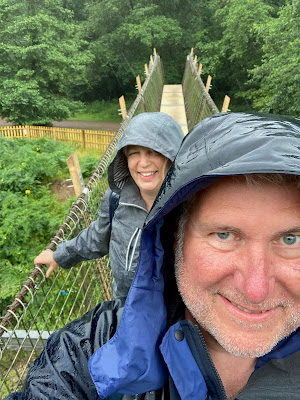 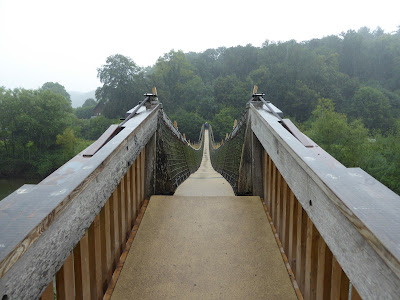 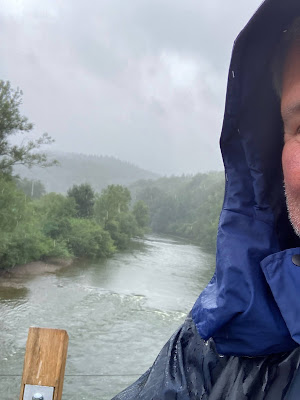 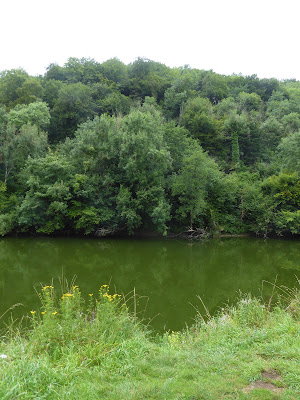 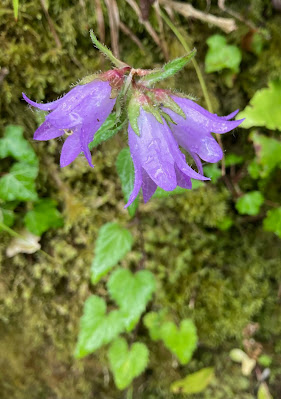