A festival of speed

Off today in Sue and John's car to the Bromyard Speed Festival. I soon learned it was nothing to do with amphetamines but in fact a place called Shelsey Walsh in Worcestershire, with a race track heading uphill in beautiful countryside -- with woods and hills and fields and a distant and interesting spire poking into the sky in the distance. We mooched about the paddock admiring vintage cars. Normally my interest in cars needs an electron microscope to locate, but I really liked the early cars and was taken by the shape of a BMW, which looked a bit Star Warsish to me.

We were met there by John's daughter Odette, her husband Will and their son Monty. We'd never met Odette before, and she quick and witty and made me laugh several times. I liked Will, who works a lot on building sites in and around Brighton, with responsibility for health and safety. Monty, their boy who is five and full of energy and generally springing about happily to see John.

We made our way up hill and sat on some benches watching cars zoom up the hill. There was lots of knowledgeable commentary and a touching remembrance of one of their own, Barry Whizzo Williams.

Some of the more recent cars like souped up Ford Escorts were, to me, just cars driving up a hill. Other cars were mini events with roaring engines, backfires, and genuine speed, and delighted drivers and passengers waving at people as they passed, or those cars that looked as if they could barely make it uphill. I was surprised at how much I enjoyed all this. Enhanced by Will and Odette joining us, clutching glasses of beer.

Once this done, back to Oaklands in Sue and John's car, where the others met us, and we sat outside in the garden and drank a bit more beer. John had given little Monty a bug collector's kit, and he went around catching bees and flies and so on, and waiting till they got furious before releasing them. All good fun. It was a bit of an experiment, as Monty had never been left overnight before.

A pleasant evening in, once young Monty had been shepherded to bed. We had a bit of a tasting of Wye Valley Brewery beers, that John had picked up from the brewery. Delicious stuff, and an earlyish night.

Below, young Monty at the wheel of the jet powered car which holds the land speed record (which was on display) and other sights and sounds. Bottom is Monty with John. 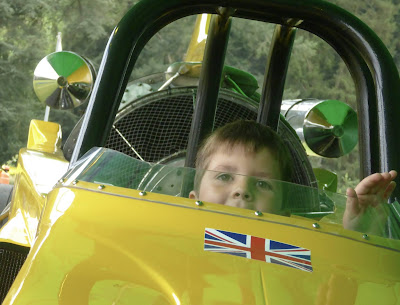 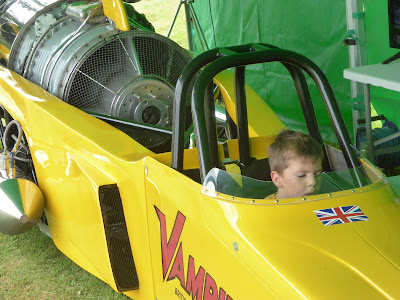 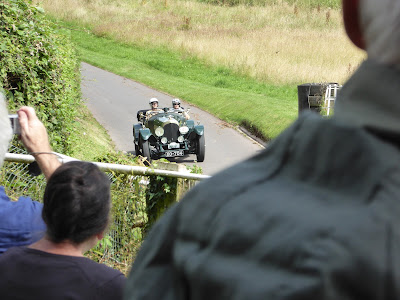 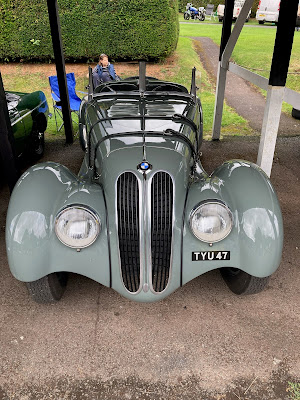 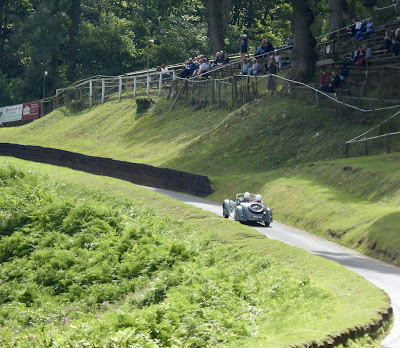 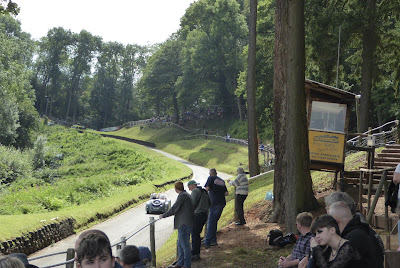 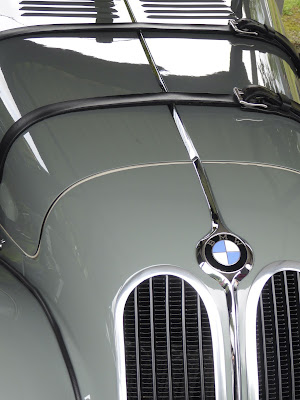 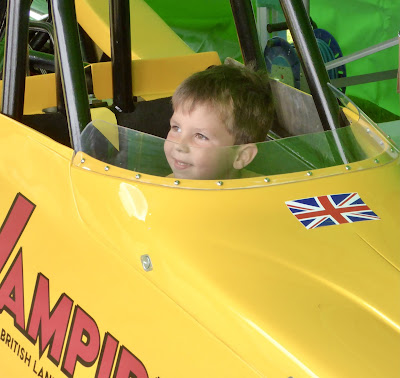 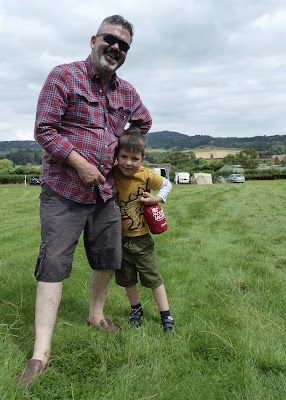