A poor night's sleep, despite the virtue of the windowless room being the deep darkness to sleep in. I was woken by a ping on my phone: an automated message from my bank saying that I was about to go overdrawn on the new business account. Which means cheques are still being presented against my new account, and the problem is still ongoing. Was cross about this, which was rubbish.

A full English breakfasts, with black pudding. A happy day, and beautiful weather to begin with. We set off and visited Salisbury Cathedral. Lovely place, with a bit of nice stained glass. We loved a modern font there, which had beautiful inscriptions on it. One "I called you by name and you are mine" I found curiously moving.

Nice to be mooching in the Cathedral, and looking at old tombs and treasures, and listening as a churchman said the Lord's Prayer at noon. We liked the Cloisters too, outside, and popped in to see one of the original copies of the Magna Carter written closely in Latin.

Later we went to a place called the Orangery and had a cup of coffee, and Bob came and collected us with his wee dog Missy, and drove us off to Old Sarum, site of the original Cathedral built on a hilltop which had been an iron age settlement, was used by the Romans, and was also a Norman Castle. An archer was supposed to have twanged a bow and it was decided to build a new cathedral where the arrow fell. It seems it landed in an unfortunate stag, who staggered off quite some more distance before it expired on what is the site of the Cathedral, which they started building in 1220. Bob told us that it was the only solid ground in that vicinity, everything else being flooding water meadows and the cathedral would not have stood.

We went for a walk around the outer ring of Old Sarum. I was feeling a bit twitchy today, so parts of the walk, with sheer drops on either side were triggering for me. At the worst bit Bob began describing a friend's heart attack, which did little to relax me. However I was soon okay again, and was delighted that Bob had taken us to this beautiful place. We climbed up into the next ring, where the remains of the old cathedral were to be found. There was another raised bit beyond this which has a few remains of the old castle and would have cost us about £20 to get it, so we didn't.

Missy the dog sat on my lap on the way back to the hotel. I am not much for dogs, but it was very sweet.  Bob dropped us off at tea time and had a cheeky coffee. Later Lorraine and I made off to a Indian Streetfood place Bob had recommended called Cafe Dewali, and the food was excellent there, washed down with plenty of lager. I hope I get to see Bob again soon. I felt there was lots we didn't really get the chance to talk about. It was however brilliant to see him.

Below, the gorgeous font, there is something divine about blue glass, an exterior view looking up, the cloisters, Lorraine standing by the Avon first thing in the morning, Bob standing before a field of buttercups,  Lorraine and Bob on the outer wall of Old Sarum with little Missy at heel, Bob and me, an emaciated figure on a tomb, two pious worthies in ruffs, glass in the hall where the Magna Carta is, exterior of Salisbury Cathedral, and the Cathedral across the buttercups from Old Sarum. 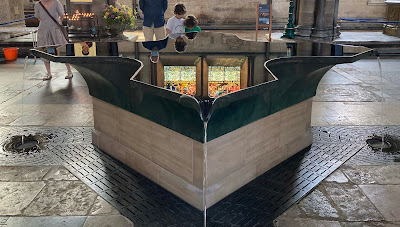 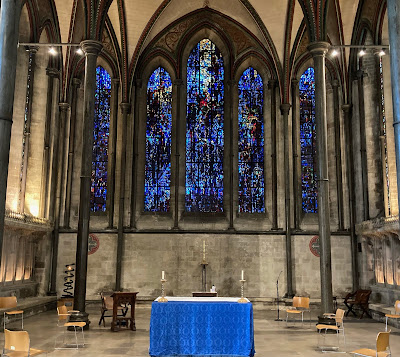 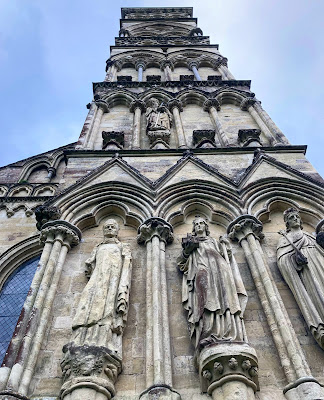 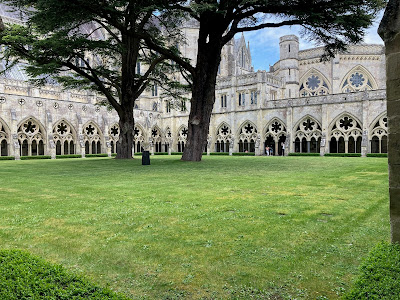 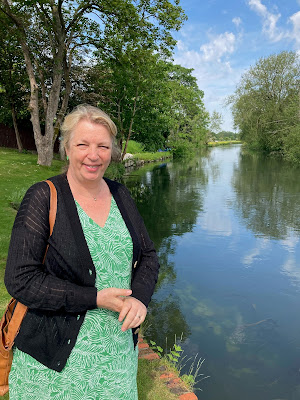 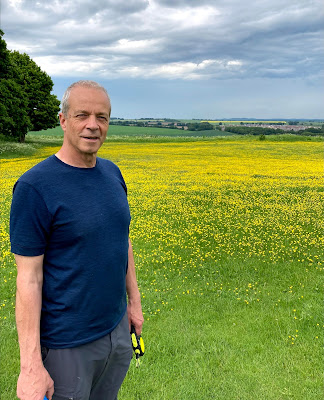 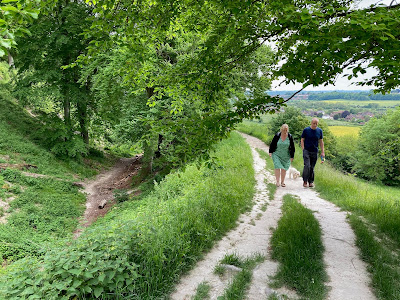 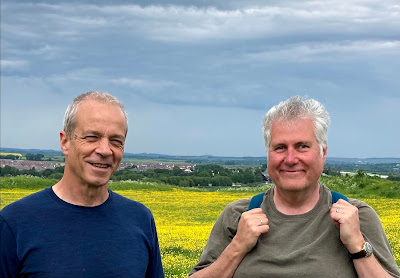 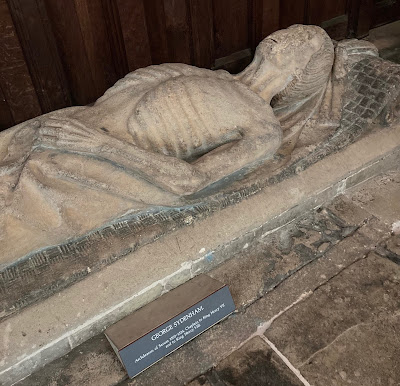 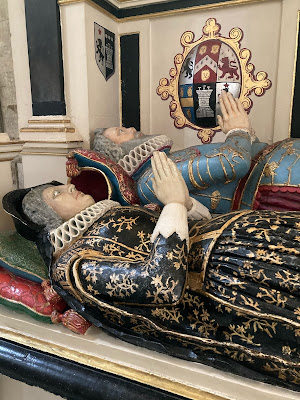 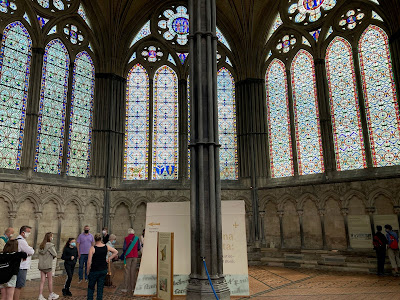 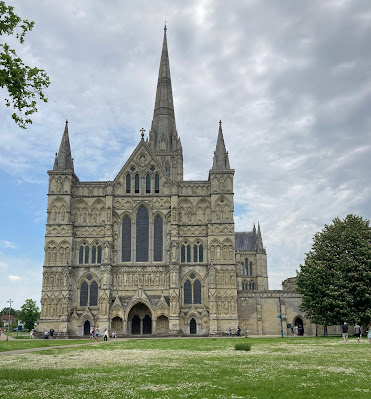 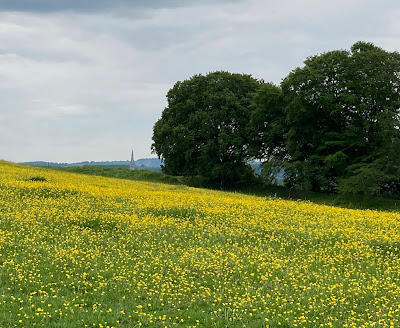