A minibreak to Salisbury

A poem to proof this morning, which is always nice. Will appear in a wee mag called Finished Creatures later this month I think. Off around lunchtime to Salisbury. Felt excellent to be setting off on an adventure, even if it weren't that far as the crow flies. En route I was contacted by Val from Paris about a job, but she was fine with me starting it after I'd been away, which was great.

A pleasant drive, and we arrived at a little hotel by the river Avon called the Rose and Crown. Our room odd in that it only had a velux window. There was a photo on the wall of what we might be looking at if there had been a window. Outside however, was very nice. We went for a mooch across an old Bridge and turning left down De Vaux Place and along by some fields and past Salisbury Cathedral.

We wandered into town a little, and I bought myself a bargain pair of light summer shoes, and we stopped off at the big market square and found a table outside a pub, and had a couple of drinks there. First time Lorraine and I had been for a drink for a long, long time thanks to the Pandemic.

Wandered back past the cathedral, and then made our way back to the hotel. At 8 we made our way to the terrace. The view along the river was lovely, and the sky was thick with mayflies dipping over the water in the setting sun. We  ordered burgers, which when they arrived were pretty excellent, we had some beers too, and were joined by Bob, who I had not seen in ages. He was looking fit and well. Great to see him and catch up a little. He had been to his Mum's place this evening. Loads to catch up on, but it is that odd thing were time has past, but there is a sense that nothing newsworthy has happened. The grim sense of just carrying on with things is hard to formulate. Fond farewells with Bob, and Lorraine and I  and went to bed after arranging to meet Bob tomorrow..

Below views along the river from the terrace, aromatic white wisteria, and gargoyles and faces on the Cathedral. 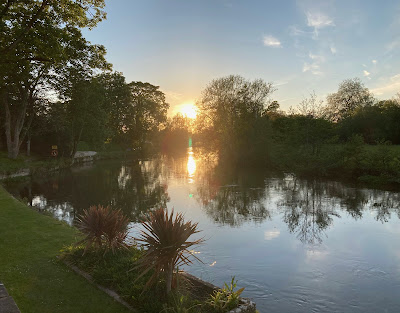 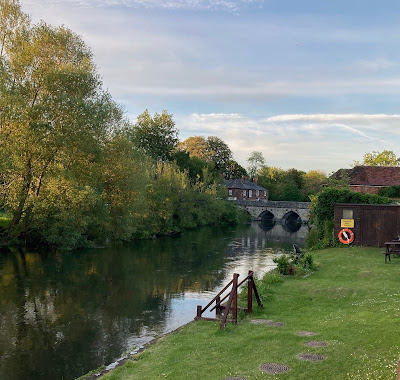 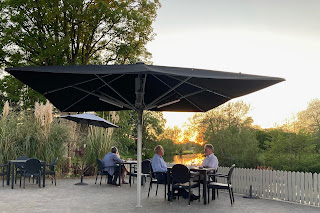 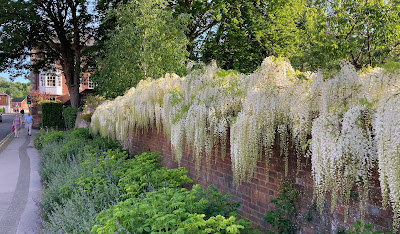 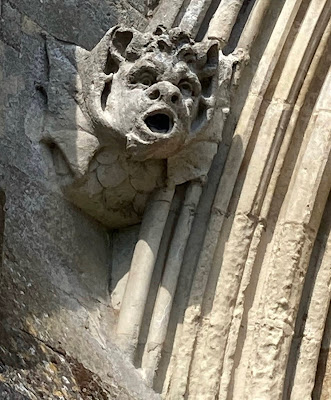 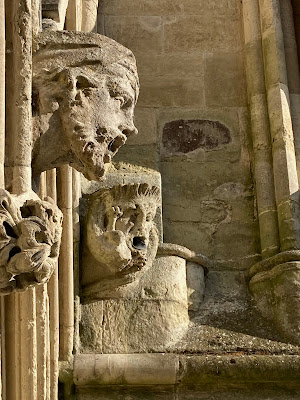