A kind of reboot

Russia invaded Ukraine. I was completely wrong, and thought Putin was bluffing. Horrible business. Such a vacuum of democratic leadership he thinks nobody will do much.

On the domestic front, Lorraine and I enjoyably pottering about at home most of the day. We popped into Lidl for some shopping, and also went to speak to the people at the local storage firm called Cinch, and put down a deposit on a lockup.

I went for beer with Anton tonight. Met in The Park Crescent, a bit of a tucked away locals pub, where we had a drink on February 12th 2020, 743 days ago as Anton said, shortly before the first lockdown. A kind of reboot which felt fitting now that many of the special measures taken by the government have now been lifted. It even, to the delight of Anton, had an Avengers themed pinball machine, with the heroic pricing of a quid a game.

Lots to chat about. Headed from there to the Joker where we ate a really sloppily cheesy chicken burger, and then made off to the French Horn near Anton's for an absolute bloody final. Seemed to have loads to talk about tonight.

Jade back today, after a nightmare journey from Victoria. The coach broke down, instead they were taken to Heathrow, and had to wait three hours there for a coach there to Brighton.

Below: a pinball wizard. 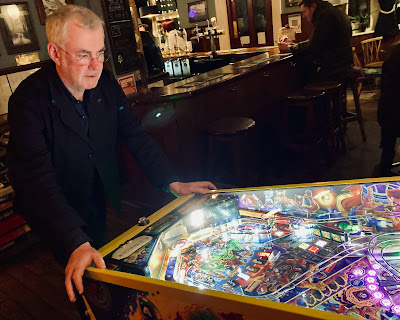 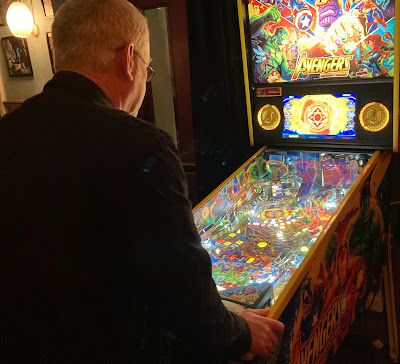