Made good progress on a poem first thing, and then did some final recording with Robin for the season finale of Planet Poetry. We will be back in late September. We have done 17 episodes in all, which isn't bad. Robin a bit stressed about her party this weekend, but otherwise cheery. I spent a fair amount of time editing afterwards.

Received a copy of Finished Creatures magazine, edited by Jan Heritage, with my Mezquita de Córdoba poem in it, I wrote after falling in love with the interior of the Mosque there. Pals like Antony, Tess, Charlotte, SJB and Louise all in it, so I was pleased to be part of the club. My poem, as is SJB's is printed sideways, so as not to interfere with the line length, which is nice. It arrived in a beautiful envelope with a bookmark placed in it on the page of my poem, which struck me as a very Japanese style attention to detail.

Went for a long walk, and was phoned by Valérie while I was by the side of the hill fort, briefing me on a job to be started tomorrow. A fun one about keeping cats calm. Val as cheery and positive as ever, which was great as communication was a bit patchy on the last job and I wondered if what I'd done was a bit disappointing. Raining in France apparently.

I snapped some black and white skies. And returned home to finish the editing of the podcast and cook. Lorraine home, really hanging on by her fingernails till the end of the term. The only thing she can do when she gets home is sit on the sofa and disappear into her Nintendo. It is very calming for her, however, so I am all for it.

Toby called this evening, having been speaking to Mum. He's talking about trying to get back to Blighty if possible this autumn. Talking about footie, and vaccinations and politics and so on for a bit. Romy had a nice if quiet birthday. Then an early night for me and Mrs Kenny.

Yet more black and white clouds near the hill fort. 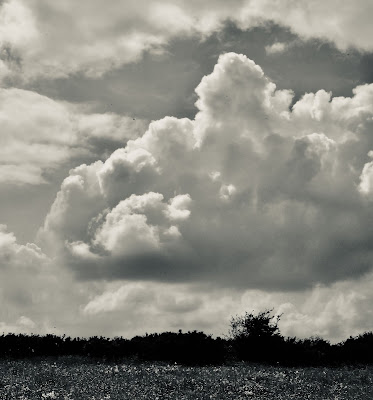 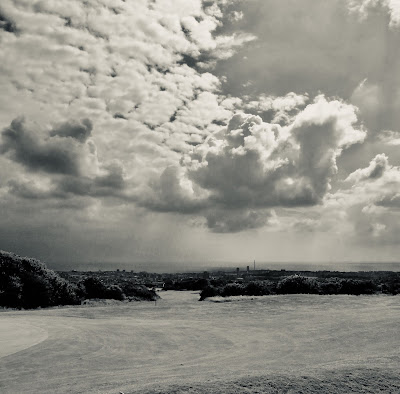 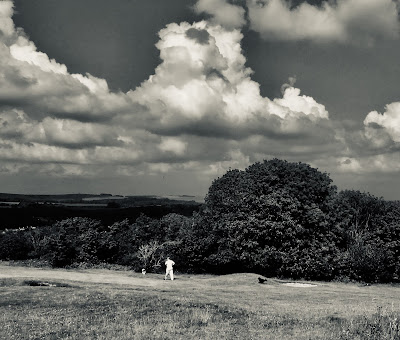 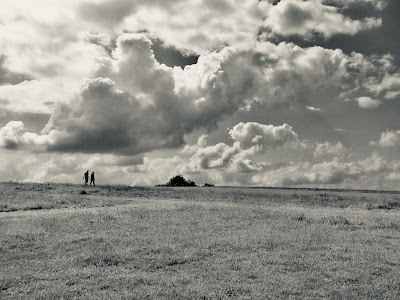