On work and wildflowers

Lorraine lying in a bit, not having to go to school. I had to get up and start work at 7.00am with my German pals, and work for ten and a half hours.  Somewhat end of tetherish today, and the Teutonic tentacles keep dragging you back into a mire of goalpost moving. Still, mustn't grumble, eh? And they are all very likeable.

When not working, walking. Having decided I don't know the names of the wildflowers, I am now obsessed.  I was bent over some white flowers, and a randomly passing bloke said 'common yarrow'.  I then used an app I downloaded, which is useless in the field as it were. Simpler just to take photos and then work it all out later.

Wild flowers are my official new craze, although I am feeling a tad resentful that everything I am finding seems to be common.

Bloody exhausted this evening, and reasonably cheerful in the knowledge that I don't have to get up with the sparrows tomorrow, even though I have to work in the afternoon again.

Below. The white flower are common yarrow. The Yellow flowers are I think: common ragwort, and stems covered in little flowers called, I think, Lady's bedstraw and a single flower of common birds-foot trefoil.  The purple flowers are common vetch and the common knapweed and I think creeping thistle, which is more of a lilac colour. 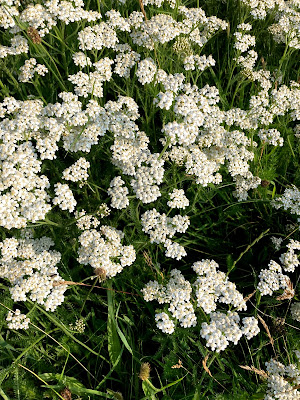 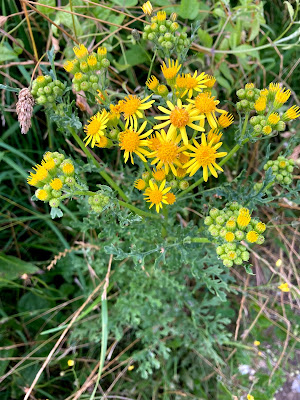 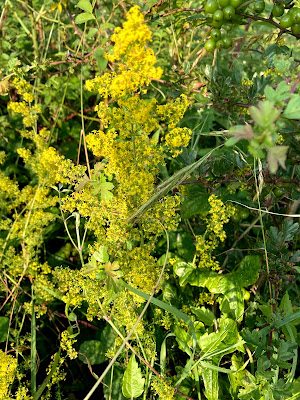 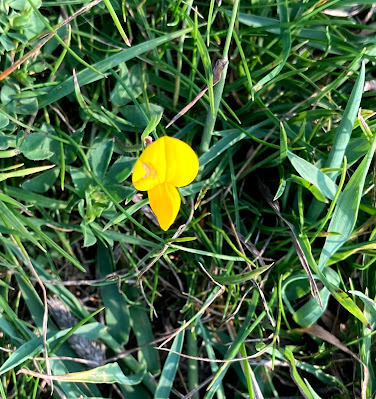 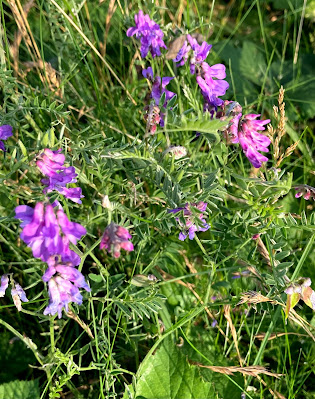 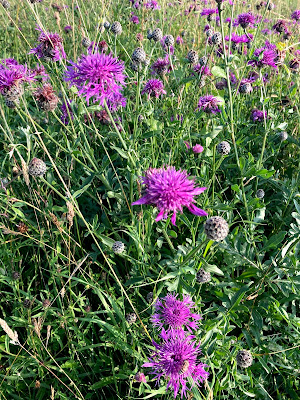 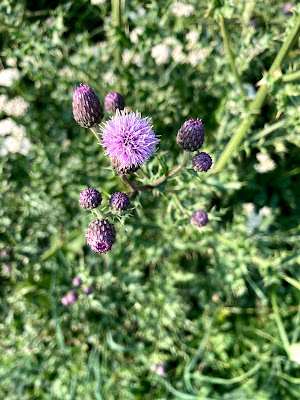