Up with the sparrows this morning, a few bits to sort out and then I walked down to Brighton station, stopping outside the the pharmacy to pick up my prescription. A man in furry trousers and a tattoo of a tear near his eye was lurking about not too far from the door, so I asked him politely if he were waiting to go it. He said very aggressively, 'no I am waiting for fucking Christmas'. I replied, 'Oh I see. You are being sarcastic' and things became somewhat edgy for a bit. Luckily someone from the Chemist popped out and gave him the drugs he was after and all was well.

I legged up to the station then, and hopped onto the Bedford Train. First time on a train heading into London since last October when I snuck up to the dentist. Still very few folks on the the train, which made for quite a pleasant journey.  I walked from Mill Hill. Weirdly Mum and Mason's front garden looks larger now it has a path in it than it had before. After a bolstering cup of tea, I folded myself into the back of their wee red car, and Mum drove us off to The Waggon and Horses. We sat inside, luckily, as it was another wretchedly cool and rainy day. Few people there, so we were in plenty of space. Mum and I ate guppy and chips, and Mas had an omelette that they cook specially for him. The cheery barmaid was there. We had a pleasant time.

Then a less pleasant interlude. After last night's shenanigans, I had become  dehydrated, not helped by the fish and chips and pint and a half of San Miguel. I was walking outside and I had palpitations, which triggered anxiety. I went back to the pub, drank some water and almost right away I felt better but it made people a bit anxious about me which is worse than being anxious about yourself. We all climbed back into the car, and then Mas said he had lost one of his hearing aids. Mum went back to the pub again, but it was not found. Luckily, when we all arrived safely home, the pub then called and said they had found the ear piece. And as for me. I drank about three pints of water and felt fine.

Managed to speak to Mum about lots of things. I sent off for a blood pressure monitor for her this week as she told me a few days ago she has been having palpitations. The doctor has prescribed some pills and will be keeping an eye on it. Amongst all the other stuff, we managed to cram in some nice chats about Guernsey and writing, and memories. Mum then gave me a lift back to Mill Hill station, were I was very lucky with the trains, one arriving in five minutes, and another five minute wait at St Pancras for the connecting train.  Travelling is easy and smooth when nobody is travelling.

Appreciating a quiet night in sipping tea. Hoping for a calmer visit next time I go to see Mum and Mas.  Yet again I forgot to take any photos. D'oh! Apart from this one on St Pancras Platform. 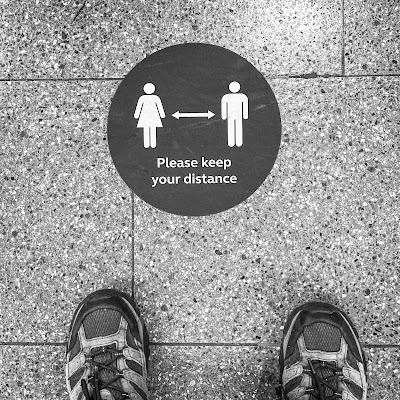