Lorraine and I a bit of a day of recovery. A great weight lifting from my shoulders, but Lorraine finding it hard to relax. We went for a walk in Preston Park and had a coffee in the Rotunda cafe. Lorraine broke the shocking news that in her Stardew Valley game she has been having a relationship with a character in the game called called Eliott, a writer who lives on a beach and has lustrous ginger hair. They plan to get married.

Home and slouched about for a bit. From the kitchen saw a fox lurking happily in the back garden, and Calliope watching it fairly nonchalantly. Funny how both cats detest dogs, but they seem to rub along with foxes.

I had a snooze in the afternoon and woke up to discover that we had been invited to have a quick drink at sundown on the beach at Hove.  Lorraine and I bussed over to Rosie and Innis and sauntered down to watch the sunset with a drink. Innis making based on stencils from his photographs at the moment, and they look really good. Back to their place for a cheeky bite to eat before I set off.

For I had a previous engagement at The Brunswick where I met Steve and Richard and saw The Sumerian Kyngs play their inimitable brand of psychedelic space jam groove. The support act were every good if you like a psychedelic groove. The Kyngs themselves, with Steve looking sharp in white shoes, shades and saxophone were great, and their new singer worked well. He replacing the weird and wonderful stage presence of Tony Green who died recently. The band look frankly bizarre, but this only adds to their charm. The audience were a mix, some young folks, many old hippies and one guy Steve told me was known affectionately as Smelly who danced about with his shirt half off and bouncing into people and performers like some lord of misrule. It felt such an absolute novelty to go to a gig, walking along by the dark sea to get there, I felt like I was in another time. The style of the music only added to that sense. I stood near synthesiser and lights man Cliff and took some shots.

Good to chat to Steve and Richard afterwards. Richard drank a third of a dark beer of over ten percent which was called in The Middle of Silence, which was the best name for a beer I have ever seen. It was a 'peanut butter imperial milk stout with coffee'. I had a sip. Complex.

Sauntered up to Western Road, and caught a cab. Home after midnight. 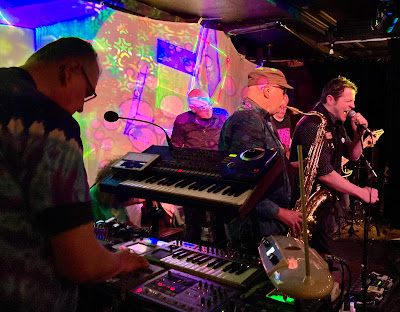 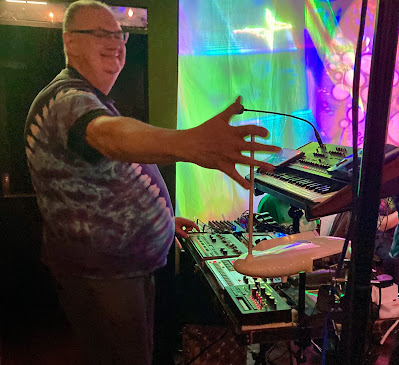 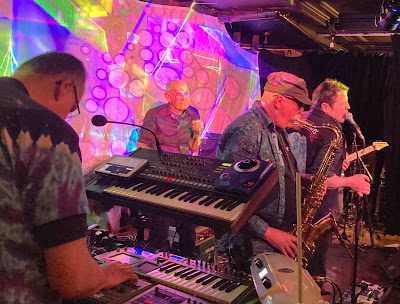 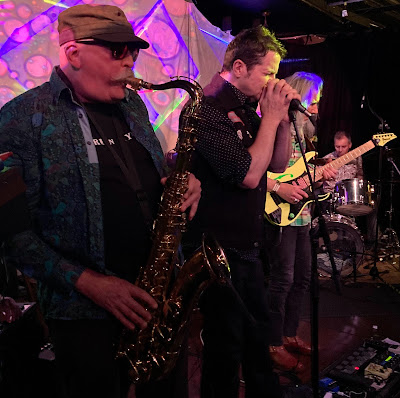 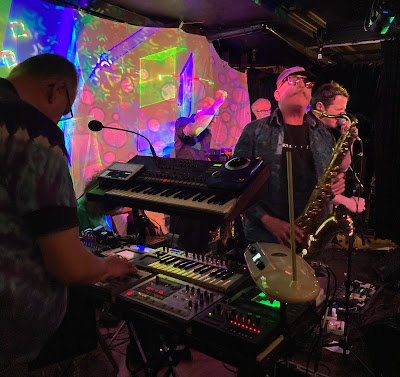 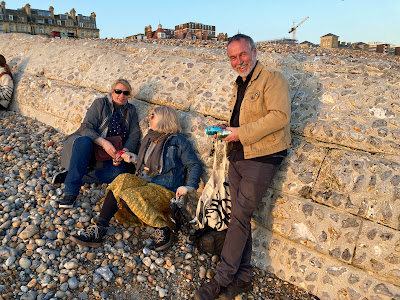 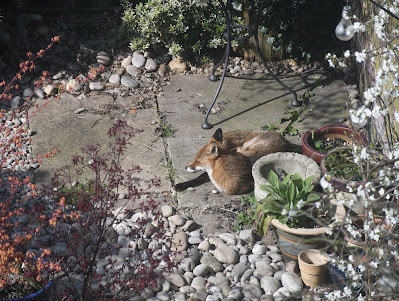 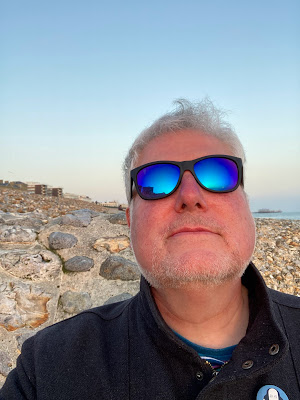 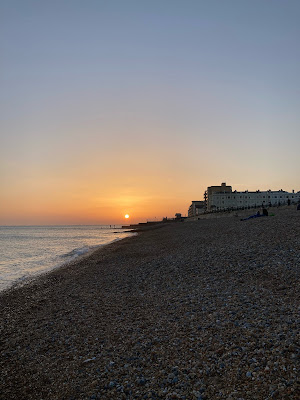