Sleet but no serpents

February 13, 2018
Up fairly late at The Milk House and down to get our full English Breakfast, which was perfectly nice. Then gradually got ourselves ready for a walk in the countryside, donning walking boots and so on. Shortly after we set off it began to rain, and we endured icy winds, sleet and rain and lots and lots of sticky mud. There were two signs about adders too, though I suspected these were motivated by a desire for people to keep orf moi land.

We were following a local walk on Lorraine's iPhone, which suddenly shut down. We then followed it on mine, which also shut down just as we became lost after following some directions which had no correlation to the place we were in. Because we knew the direction Sissinghurst lay in, we were able to make our way back anyway, finding a decent path at last. Some lovely countryside, despite the weather. Both of us frozen and wet through, despite our wet tops, by the time we reached The Milk House again. A big shower in the room, so we both crammed in and had a hot shower, which helped somewhat. Once peeled out of her sodden jeans, Lorraine's legs were bright pink with the cold for some time after the shower.

Was called by Lynne from the Paddington folks, and it seems I will be working there again soon.

A relaxed afternoon in our room, resting and reading books. I'm reading a good book called Nine Gates, Entering the mind of poetry by an American poet, Jane Hirshfield. After an early meal, a few pints and a game of scrabble by the log fire downstairs, before heading back to our room.

A few freezing cold sights on our walk, with a few sights and Lorraine squelching across muddy fields before my iPhone gave out. Beth, seeing the bottom snap on my Instagram account, said Lorraine looked like a scarecrow. 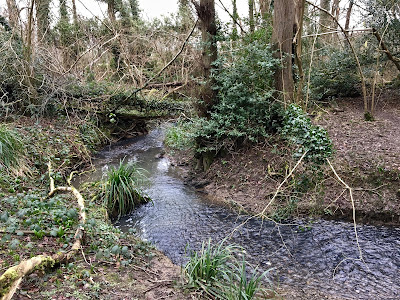 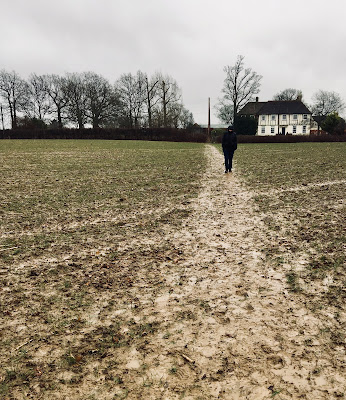 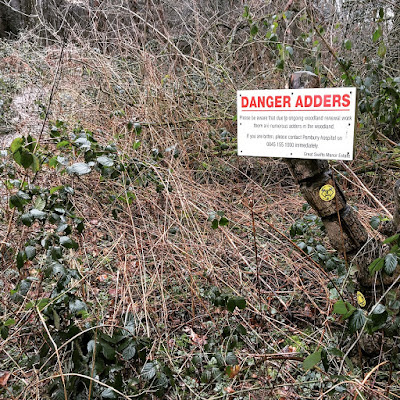 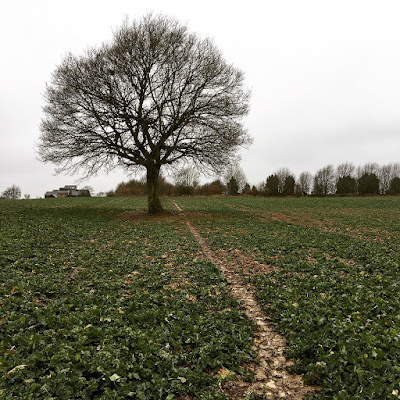 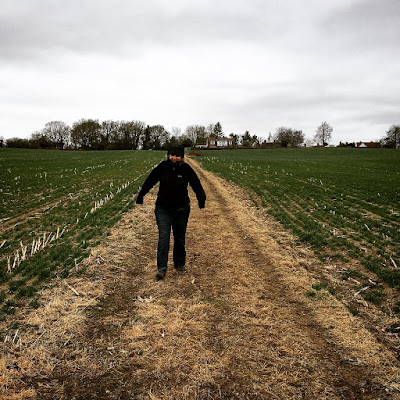